Analysts vs reality: The US reporting season evaluated

In September, we ended our ASX reporting season coverage with a piece focusing on the performance of the brokers' top stocks to watch. 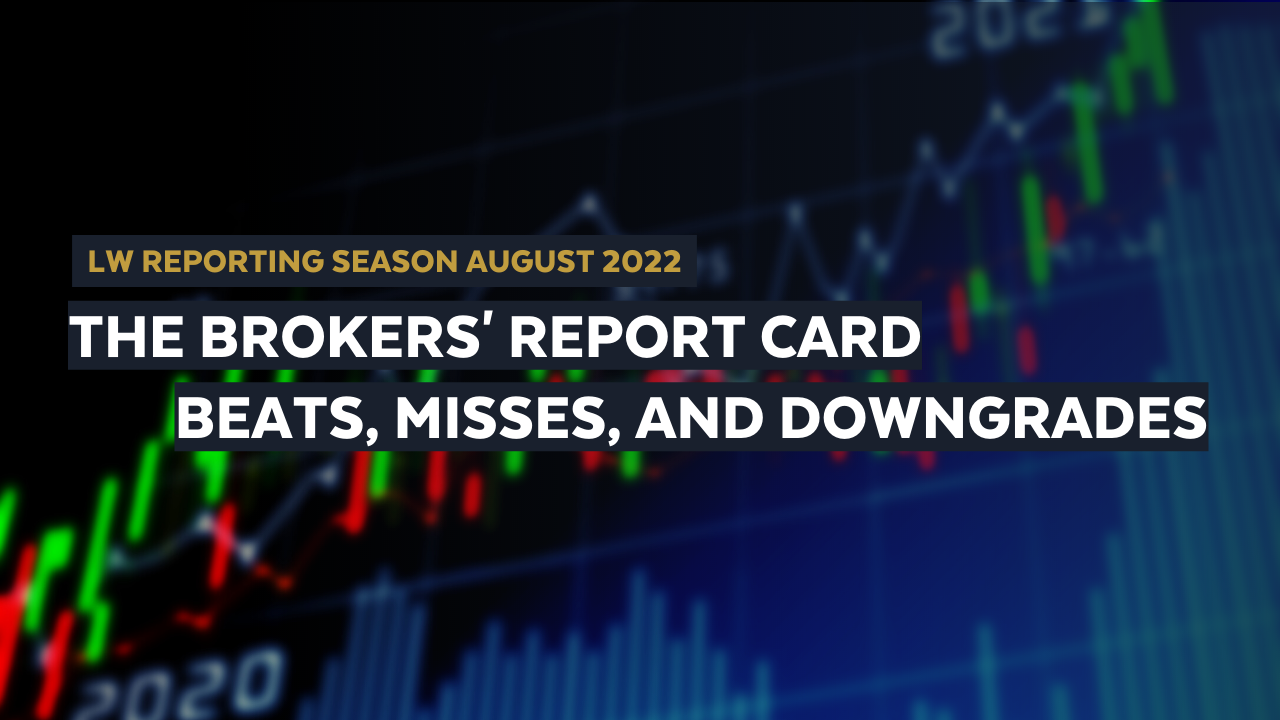 Since that wire was read by nearly 10,000 of you, we figured it was time to resurrect the topic again. But this time, we're stacking up Wall Street's finest against the world's largest companies during the US quarterly earnings season.

While there are a few changes from the ASX equivalent of this experiment, the general aim is the same:

Do the analysts know how to pick a winner before all is revealed?

This wire will attempt to discover the answer - and perhaps generate a few more questions in the process.

Differences between ASX and US Wires

Several things will be different between the two wires - the biggest of which will be that these are not the "brokers' picks" but rather "consensus estimates". That means that we are not weighing up the earnings of hand-picked stocks against each other. Rather, we are just teeing up the earnings reality against the consensus. That also means we won't have a section on who the most accurate broker was.

Given this, we've also only decided to cover the companies the Livewire team has covered. In turn, this reduces the list from 27 stocks (in the ASX version) to 16.

The rest is the same. We've still used a binary number system across a range of earnings metrics, including outlook statements. And yes, we're as generous as ever in scoring that part of the study. Any outlook at all earns a coveted point... even if it's not a pretty one.

First result: More perfect scores, but how low is the bar?

Our ASX experiment found only two perfect scores throughout all of August. This time, our US sheet has found seven perfect scores. And unlike what you might be thinking, it's spread across a few different sectors.

Given there were seven companies scoring so well on all metrics, the question had to be asked - what does the US have that we don't? The answer lies in (poor) expectations. On a rolling five-year average, FactSet found that US companies tend to beat the analyst consensus 77% of the time on EPS and 68% of the time on revenues.

It's doing that again this quarter.

The only thing of note is that this quarter's earnings (so far, as of October 28th, 2022) are reporting beats well below the five-year average. Is that a sign that the already-low bar is being tested?

At the other end of the scale, Morgan Stanley's third-quarter earnings report disappointed the market on the top and bottom lines. The guilty party was the collapse in investment banking revenues - down 55% in the last three months alone, as a choppy equity market took its toll.

Choppy equity markets have also hit listing sentiment. Wall Street's biggest banks, like Morgan Stanley, have been grappling with the collapse in IPOs and debt and equity issuance this year. EY research revealed global IPO volumes are down 57% year-to-date, with US proceeds sitting at lows not seen since 2003.

To make matters worse, there was no financial outlook provided by the company. It all adds up to a zero on our score - the only one of the 16 names to not even earn a point.

Some of the other highlights

The big tech results were a mixed bag. Bar Netflix, plenty of results hovered at an average score, including Meta (NASDAQ: FB) and Tesla (NASDAQ: TSLA).

Among the other highlights, Microsoft (NASDAQ: MSFT) marginally beat consensus estimates for earnings and revenues but it was guidance that hurt its score. They expect revenues next quarter to grow by just 2% - and that isn't good news for investors who have been used to seeing double-digit performance estimates in outlook statements.

In contrast, Google (NASDAQ: GOOGL) gave an outlook that set the trend for most of the rest of Big Tech's results. After missing on earnings, revenues, and ad spending, Google told investors it needed to cut funding on new hires and product innovations. No wonder shares sold off in the after-hours!

Back in the value end of the market, Citigroup (NYSE: C) and Goldman Sachs (NYSE: GS) also scored highly on our metrics. These results appeared to extend the street's view that the Big Banks are reaping the rewards of higher interest rates and a resilient consumer. But one thing of note among all the major reports was the bolstering of reserves, which cushions the major financial institutions in the extreme case of a 2008-type scenario occurring again.

In the case of Citigroup, some US$370 million was injected into its reserve coffers. JPMorgan's result was also hurt by additions to its reserves. It all goes some way to answering the question of how big financial institutions are feeling in this new market regime.

In the final analysis, the companies Livewire covered in the US earnings season recorded an average score of 0.7. That's higher than the ASX equivalent (0.63), but now you know why.