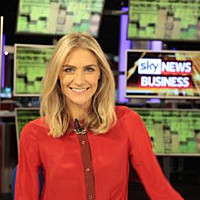 ANZ chief economist comments on rate cuts, in the wake of inflation numbers, telling Sky News Business the hotter than expected QoQ core inflation read reduces the chance of a rate cut in March.. though he still stands by his call (for a cut in March). If the 'period of stability' line is kept in the RBA statement next week - then he doesn't see a rate cut until at least May.

Ingrid is currently a business journalist, host of Trading Day, At The Close, Media Week, Business Class and Your Career on Sky News Business (Monday - Friday from 10am AEST) She combined her love of finance with television journalism after...

Get investment ideas from Ingrid Willinge when you sign up to Livewire Markets.