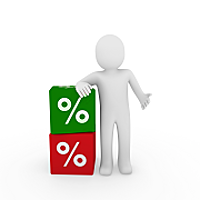 April is historically a Very Good Month for Australian Banks - The Anti Deep Purple Effect. In 1969, the English rock band, Deep Purple, released their 3rd Album. The last recording on this album was a song called April. The band wrote in the liner notes, As a whole we hope April hangs together as a personal evocation of a beautiful, but sad month (to us). The good news for Australian Bank investors is that April doesn't evoke such sadness. Since 1993, the Australian Bank Index (J4010) has only 2 negative returns for the month of April. The average return for April of 3.16% versus the average return for all Non-April monthly intervals of 0.81%, is statistically significant at the 1% level. In terms of return skew (past 21 years), April has delivered 11 returns > 3% versus only 1 return south of -3%. Full analysis & tables at (VIEW LINK)