Are Carbon Credits the answer to net zero emissions? 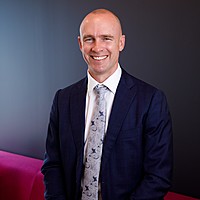 In this second instalment of our carbon credit video series, I deliver an in-depth summary of the Regulated Carbon Credits Market, including the different units that are traded globally; price volatility, fungibility and potential risks; as well as Australian companies that are trading in carbon credits.

In a very recent bullish market development, on 19 August 2022, EU Allowances (EUAs) – which are carbon credits used in the EU Emissions Trading Scheme – rose to a new high of €99, 28% higher than at the start of August. Higher gas prices and lower levels of hydropower and wind power in Europe are pushing electricity producers to turn to coal, which is forcing them to buy more credits to offset higher emissions.

Can you give an overview of the regulated carbon markets globally?

Now that's also partially because the regulations differ across markets. Regulators have different needs and desires and as a result, they place different rules and regulations on the captured entities. The EU market is the most mature, broadest, deepest, most liquid market and, as a result, it trades at the biggest premium. You may have seen the EUAs (EU Allowances), (as of May 2022) are trading at around €90 a tonne and have varied quite dramatically in recent times. The Australian Carbon Credit Units (ACCUs), are currently trading at about A$30 a tonne and have been well into the A$50s in recent times. So very different marketplaces.

If you, as an entity captured under that system, are reducing your emissions faster than the cap requires you to do so, you will have a credit you can then trade with an entity that's not reducing its emissions fast enough. That's what creates that “cap and trade” system.

the biggest market is the European market - they are called EUAs (EU Allowances).

In Australia, we have ACCUs (Australian Carbon Credit Units), overseen by the Government and the Clean Energy Regulator.

In New Zealand, they have NZUs.

In the US there isn’t a national carbon market, somewhat unsurprisingly, but the initial program was in California, so there is a Californian carbon credit unit and then there's an alliance of the north eastern states, which has a particular tradeable unit specifically for those north eastern states of the US. All of them relate to one tonne of carbon, however, you can't utilise them across markets if you're an emitter regulated in those particular market places.

Have you witnessed price volatility in these markets?

We've seen quite a bit of volatility, both up and down. And of course, like any marketplace, you're going to see moves in all sorts of directions. In more recent times, we saw a huge amount of interest enter this market, largely in the lead-up to COP 26, the Glasgow Climate Conference. As a result of that, prices for carbon credits globally, both compliance and voluntary, accelerated quite dramatically. There were big moves up through October, November, and even into December 2021, in many of the carbon markets. Roll forward to Q1 2022 with the Russian invasion of Ukraine, we saw risk asset pricing drop significantly. There was a big pullback from risk assets across the board and carbon falls squarely into the bucket of risk assets.

Since that time, you've seen carbon prices in Europe (the EUAs) accelerate back to almost €90 a tonne through May 2022. So we've had that volatility occur and I would argue again it's a function, to a significant degree, of the liquidity in that marketplace. In Australia, the ACCUs were trading in excess of A$50 a tonne, and then more recently, not just through this pullback in risk assets, there was also a shift in the goalposts by the government, specifically in relation to the rules around the delivery of these carbon credits by some people who have developed or earnt these credits in years past. There was a requirement by the Government for these credits to be sold to the Clean Energy Regulator at a set price that was at a marked discount to the spot market that was trading.

So suddenly instead of selling them at A$12 a tonne against a market that was pricing at A$50 a tonne, there was a significant volume on the sell side that entered the market and the price collapsed to A$30 a tonne. That is actually one of the key risks associated with investing in compliance markets and one of the reasons we are very much focused on the voluntary market. Setting aside the massive opportunity we see on the upside (from more participants and more corporations wanting to buy voluntary credits), in the compliance market you are subject to the vagaries of regulatory change, and regulatory change doesn't always come with a warning banner attached to it and a big red flag saying “it's coming”. You need to be very cautious of that component of compliance markets.

Do you know of any Australian companies trading in carbon credits?

In the Australian market, if you're captured under the regulations, you are required to have a certain component of ACCUs (the Australian Carbon Credit Units) as part of your need or desire to reduce your footprint. However, it circles back to where we see the opportunity in the voluntary market, and we're seeing companies all around the world - Microsoft, Apple, Amazon, Qantas, Fortescue, BHP, Rio Tinto - buying voluntary carbon credits.

We have companies like Fortescue who are very vocal in the steps they're taking to reduce their carbon footprint - they're investing huge amounts of money in this process. But they are also in the market buying voluntary carbon credits. And the bottom line is they're doing that because they recognise that consumers of their product, or indeed investors in their company, are pressuring them to do so. Their cost of capital will go up if they don't and, as a result, they are in the market trying to reduce their carbon footprint way faster than the government or regulations require them to do so.

In the Australian example, we've got the Government committing to a 2050 net zero target and yet you've got Fortescue, as an example, who have committed to net zero by 2030.

Now some of that comes through direct action and change to their emissions. (With regard to their diesel emissions, for example, they're shifting their trucks, or intending to shift their trucks, to hydrogen fuel). But also there are parts of their emissions footprint that are going to be more difficult to shift and, as a result of that, they'll utilise voluntary carbon credits to bring that net footprint down more rapidly.

Are Carbon Credits the answer to net zero emissions?

There have been criticisms of carbon credits and whether indeed this is the appropriate tool or method to achieve our net zero desires by 2050. The headline criticism is that all carbon credits are is a permission slip for dirty industry to continue to operate.

What I would say to that is we have a situation today where you can't just turn off most of our heaviest polluting industries overnight. It would create massive disruption in the economy, that would come with many other unintended consequences as a result.

What carbon credits do is place a price on carbon, and we will not be able to reduce our carbon footprint if we don't incentivise behavioural change. An increasing price in carbon will do just that.

What we do see carbon credits being is essentially a bridge to that 2050 (or hopefully sooner) net zero outcomes, because what they do is encourage change in behaviours of polluting industries. Whether it's a “cap and trade” system, where governments are forcing you to reduce your carbon footprint, or it's a voluntary system, where the capital markets and indeed consumers are encouraging companies to shift their behaviours, putting that price on carbon incentivises more projects to be delivered and more money to be invested in technology change.

So whether that's difficult-to-transition industries, for example, the aviation industry or the cement industry (i.e. industries that have been heavy carbon emitters historically, and indeed technologically will continue to have some challenges with regard to reducing carbon), the more money that goes into that will accelerate the change.

So we don't see carbon credits as the panacea of our carbon issues, but it is a tool to incentivise change and ultimately achieve those goals. It's a bridge to the future.

For part one of our carbon credit series, please click here.

Todd is the Portfolio Manager for the Tribeca 2050 Strategy which is focused on decarbonisation beneficiaries such as carbon credits, green chemicals, green metals, green food and industrial innovation. As a senior member of the Tribeca Global...