Asia is starting to attract global inflows...get ready for the 'big bang' 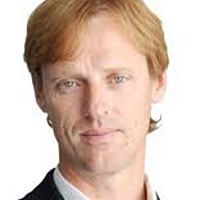 Good morning. The China bull story is having a halo effect on the rest of Asia. Korea has been strong, Japan has broken up through 20,000 on the Nikkei and Taiwan is also hitting 15 year highs –fuelled by rumours of a Shanghai Taiwan connect. Elsewhere in the news, there were headlines this week about a UK based trader causing a ‘flash crash' in US markets in 2010. This, readers might remember, was the one that prompted Robert Harris to write his book, ‘The Fear Index'.. Turns out (at least according to the US authorities) it was actually a guy working from his front room, in an undistinguished semi-detached house under the flightpath at Heathrow. Ironically when Michael Lewis wrote a book called ‘Flash Boys' about the traders taking on the guys front running markets they were hailed as heroes. This character, who allegedly was ‘spoofing' markets, was effectively doing the same thing. Except while the world applauded the flash boys, the UK based trader is now the subject of an extradition order. Read my weekly market report here: (VIEW LINK)

AXA Framlington takes an active, fundamental approach to investing. We are high conviction investors with an entrepreneurial mindset that is grounded in intensive company research and bottom-up stock selection as a primary source of added value. ...