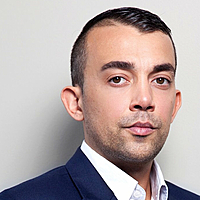 The Australian share market deep in the red on the back of lower oil and commodity prices overnight, with some heavy selling from the opening bell to see a risk off mood today. The selling continued into the afternoon, hitting a daily low around 2:30pm to be trading down 86 points heading into the close. Although the futures did point to a negative day this morning, it was surprising to see how harsh it was.

The selling continued into the afternoon, hitting a daily low around 2:30pm to be trading down 86 points heading into the close. Although the futures did point to a negative day this morning, it was surprising to see how harsh it was.

Volume leading into the final 30 minutes of was very strong at $5.239 billion. Asian indices across the board were down; however the major contributor was the Aussie market underperforming the rest of the region with only the Hong Kong anywhere close to its downbeat levels.

Banks continued to give up their back its positive gains from last week, ANZ (-1.7%), CBA (-1.71%), NAB (-2.74%), and Westpac (-1.75%) all major contributors to the index losses. It was surprising to see the amount of buying in the sector at the back end of last week given the number of uncertainties in the space. Moody’s downgrade added some pressure yesterday but realistically there are some other more relevant major issues why the selling may continue including persistent fears of a housing bubble, the recent budget levy, rising cost of funds and low credit growth all enough reasons to tread cautiously.

Oil prices no doubt a major catalyst of the bearish sentiment in the Energy sector after the commodity hit 7 month lows. The sector continuing its negative momentum with Origin (-3.15%), Oil Search (-2.03%), Santos (-2.01%), and Oz Minerals (-4.91%) all weaker. Investors are continuing to lose confidence in OPEC’s ability to control over supply with a few highly bearish research pieces this morning with one pointing to a price as low as $30. If prices push that low, likely continued pain for the sector.

Adding to the woes in commodities today, the big resource players BHP (-3.61%) and Rio Tinto (-2.71%) followed there negative ADR trading overnight to add to mounting pressure on the index.  Rio Tinto also losing a director, with John Varley resigning from the board with reports that he has been charged in the U.K for conspiracy to commit fraud.

The major news came from QBE which was down 10.28% after flagging a warning in its emerging market operations (Asia & Latin America). The insurer reporting significantly higher than expected claims that is expected to add about 1 percentage point to the insurer’s combined operating ratio. The company did reassure that its three largest divisions remained on track and interim investment returns were above expectations. The news contributing to the rest of sector also seeing red with IAG (-2%), AMP (-1.56%) Suncorp (-1.85%).

Looking at tonight, Dow Futures 13 points lower heading into the afternoon. Look out for Existing home sales data while there is earnings news expected from Oracle, Winnebago and CarMax.

Tristan K’Nell is a finance professional with over 12 years experience in the financial markets. He is currently the Institutional Trading Representative at CCZ Statton Equities after holding senior positions at Quay Equities, Investor First and...

James Marlay
21st Jun, 17
Great to have your commentary back on the platform Tristan.

"Even a stunned mullet would be moved": Why Australian investors need to watch the UK's economic crisis closely

Get investment ideas from Tristan Knell when you sign up to Livewire Markets.