Betting on Fast Fashion with Glassons 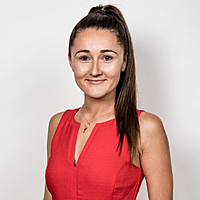 We added seven new stocks to the Forager International Shares Fund portfolio in 2018. One of them was New Zealand company Hallenstein Glasson Holdings (NZSE:HLG).

Glassons has 32 stores in Australia—less than they have in New Zealand. Australia is a much bigger market, so we think the number of stores could comfortably double. If that happens we should do very well out of the investment.

Watch the full video or read the blog post below to find out more about the stock.

Glassons stores are smaller than your average Zara or H&M. They target female, mostly millennial, consumers with fast fashion styles and a range of basics. Glassons generates almost 65% of the company’s revenue.

Hallenstein Brothers stores target males in a similar age group. The clothing range is much broader though—men can shop for suits, board shorts and track pants in the same place. There are 42 Hallenstein stores in NZ. The three Australian stores are still in the testing phase, but we expect more stores to be rolled out if this holiday season’s performance meets expectations.

I first came across the business about a year ago, when I started shopping at Glassons stores. I noticed that new products were being restocked weekly and stock was selling out fast. Glassons is also very active on Instagram with over 320k followers, and a lot of prominent ‘influencer’ partnerships. All you have to do is walk into a store or have a look on their Instagram profile to realise that young girls are going crazy for the brand. Whenever people are enthusiastic about a brand, it’s something we want to understand from an investment standpoint. So once I found out the company was listed, I took a closer look.

The first thing that caught my attention about Hallenstein was its 2018 interim report. The company reported like-for-like sales growth of 10.8% on the prior year, at a time when many retailers were reporting negative numbers. A lot of the revenue growth was coming from Glassons Australia—a segment that had historically been small and barely profitable. While that wouldn’t be a surprise to anyone who has a millennial daughter or recently visited a store, the stock is too small to elicit much analyst attention (the market cap is roughly NZ$240m, but the founding family still owns 20% of the shares).

There are a number of things to like. The business has been generating high returns on equity for a long period of time, pays large dividends and has no debt. Pair that with significant inside ownership and a conservative management team and you have a reasonably strong base case. Our bull case hinges on underappreciated growth prospects.

We want to see growth

The growth in Glassons Australia to date is evident both in the numbers and inside stores. The company has reformatted stores, recruited a new buying team and embraced the preferences of their target market—largely millennials—by diverting a lot of marketing towards social media and influencers. It is working. There are currently 32 Glassons stores in Australia. We think this number could almost double. At around 10 times earnings, little of this potential growth is priced in.

The other two segments—Glassons New Zealand and Hallenstein Brothers—have been the backbone of the business historically. The profitability has been high, albeit volatile, for a long time. These stores are also part of the reformatting program. While growth in these two concepts isn’t part of our valuation, there is room for pleasant surprises.

The next couple of years are vital for the investment case. We want to see management opening new stores in Australia. And doing so profitably. We want to see the new buying team continuing to get it right. And we want to see margins maintained, rather than off-the-shelf excuses relating to inclement weather or getting online right. If this plays out we should do well from the stock. Hallenstein represents around 2.5% of the International Fund portfolio.

Stay up to date with the latest news from Forager by hitting the 'follow' button below and you'll be notified every time I post a wire.

Want to learn more about Forager International Shares Fund ? Hit the 'contact' button to get in touch with us.

Chloe joined Forager at the end of 2017 as a research analyst for the Forager International Shares Fund. She was previously employed by both KPMG and Deloitte in corporate finance roles, working on M&A advisory and restructuring engagements.

Get investment ideas from Chloe Stokes when you sign up to Livewire Markets.