Biden’s infrastructure plan, what it means for investing in America 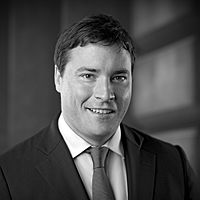 The details of the first of two parts of President Biden’s ‘Build Back Better’ plan, The American Jobs Plan (‘AJP’), was released on March 31 by the White House with a headline spend of US$2.2 trillion. Many in the press, politics, and markets have referred to this as an ‘Infrastructure plan’. However, ‘core infrastructure’ spending - that is spending on replacing and upgrading bridges, highways, roads, airports, ports, and repairing power grids & water systems - accounts for less than 20% of the headline policy spend. The definition has been stretched to include care economy infrastructure, digital infrastructure, public housing infrastructure, community college infrastructure, and America’s research infrastructure.

In this article, we cover the details of the plan, winners and losers from an infrastructure lens, and potentially more important takeaways from a macroeconomic and geopolitical angle.

The AJP is a broad-ranging plan focusing on both spending and tax incentives across traditional infrastructure & climate change, broadband access, domestic manufacturing, research and development and social housing. This is largely in line with 2020 election pledges around domestic manufacturing, renewables, emissions reductions and improving degraded infrastructure. It is also important to note that this is the first version of the proposed plan – there is likely to be opposition to various parts of the plan and how to fund it (i.e. increasing personal and corporate tax rates).

Another consideration is the macroeconomic impacts of the AJP – the increase in the deficit, level of tax increases approved and when the spending will be deployed into the economy. Current estimates are for the final plan to be passed (in conjunction with the American Families Plan) in late 2021. Typically these are often 50% deployed 6 - 12 months thereafter, especially for the larger spend in the traditional infrastructure areas (fixing roads, bridges, ports). Therefore, the multiplier effect (which is often a very good 2 - 4 times on such projects) won’t be seen until late 2022. This is true even for the most “shovel-ready” project on the planning board!

The clear winners within the infrastructure sector from the AJP could be seen as the renewable developers, where a proposed 10-year extension of Investment Tax Credit (‘ITC’) and Production Tax Credit (‘PTC’) for wind, solar and fuel cells can solidify company business plans and growth outlooks for many years to come. The manufacturers of these technologies, and the makers of the components, are also clear winners (battery storage & fuel cell companies, particularly those switching from a residential to EV focus).

One aspect of the AJP that is clear upon second reading is the continued focus across most spending categories for unionised labour and helping minority communities out of poverty and disadvantage. There is also a focus on the use of domestic labour and enterprise, and explicitly securing critical supply chains (e.g. the CHIPS Act) and onshoring (a big push for many governments after being left vulnerable during COVID-19). This could hinder the European based construction, engineering and material suppliers that hope to take part in the rebuilding process.

Some are calling this the start of the great “de-globalisation”, but it is also very clearly a head-to-head with China – in both technology, R&D, and geopolitical influence. After all, this aim of the AJP was listed in the opening paragraph of the White House Factsheet to "position the United States to out-compete China.”

The AJP being dubbed an ‘infrastructure plan’ could be stretching the definition somewhat. However, there are various sectors and companies that will benefit once a final plan is approved – including renewable developers, suppliers, and EV technologies (batteries, fuel cells, charging stations). We will have to wait and see the degree to which various spending categories are attributed to private companies, as well as offshore companies. Even with a final watered-down AJP, “shovel-ready” projects will not be breaking ground until mid 2022 – and the multiplier effect kicking in.

What is certain here is that President Biden is creating fertile ground for investment winners and losers in the infrastructure sector – and the active manager!

........
Tim Snelgrove is a Director of GLILS Services Pty Ltd (CAR No.1284158) which holds a Corporate Authorised Representation from Quay Fund Services Ltd (AFSL 494886). Any product information is provided on a general advice basis only. Any advice has been prepared without taking into account an investors objective, financial situation or needs. The investor should then consider the appropriateness of the advice in light of their own circumstances before following the advice and seek professional personal advice from a financial adviser. Investors should ensure they obtain a copy of the Information Memorandum or Product Disclosure Statement and read it in its entirety before making an application to invest.
save

Tim Snelgrove is the Portfolio Manager of the Horizon Fund, a Global Listed Infrastructure Long-Short Strategy. Tim was previously at RARE Infrastructure for over ten years, and holds a Chartered Alternative Investment Analyst (CAIA) designation.

Get investment ideas from Tim Snelgrove when you sign up to Livewire Markets.