How much are you willing to pay for growth? 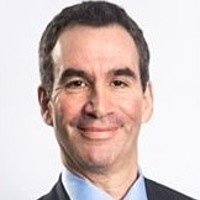 The debate over the probability, timing and severity of a housing bust is getting louder.  Pondering this, I’m reminded of advice from a wise old sage when I was a wet-behind-the-ears analyst:  “look at the market – what’s it telling you?”

At the moment the market is telling a very interesting story….and it’s been telling that story for quite a while.

It seems that while many are debating housing, market participants have already acted - bank stocks have been falling, and under-performing the market, for months, as you can see from the chart below. So while those calling for a housing crash seem to still be in the minority, investors are worried that the issues raised at the Royal Commission are more than just “noise”.

The key question that we want to address here is not so much one of why banks are underperforming. There are some good reasons for this, including lower trend ROEs and latent (but now closer) credit loss risks driving lower valuations.

In our view, however, the more interesting question is that despite this large sector’s very poor performance, the overall market has eked out gains, so where did the money go?

Firstly, our sense is that many managers are holding elevated levels of cash, a clear indicator of heightened unease.  Of course, unlike long short managers such as ourselves, the traditional long only manager doesn’t have many tools to protect capital in falling markets – a possibility they are clearly considering.

Unlike a long-short manager, such investors can’t sell stocks short to hedge overall market risk. All they can really do is maximise cash holdings (usually within quite narrow limits), and position their portfolios in whatever manner they deem “defensive”.

It’s when we then ask, “what’s 'defensive'?” that the situation becomes more interesting again.

Our analysis shows a highly unusual pattern to recent market performance, in which investors are prepared to pay up for growth (at almost any price) and for exposure to the global, rather than the Australian, economy. The following charts are quite stark: We illustrate point three above by reference to the following:

I think all would agree these are pretty lofty multiples. To put this in context we’ll just use one of these stocks as an example, but the gist is the same for all.

The following Bloomberg chart shows the one year rolling forward PE ratio for Cochlear.  To summarise, the price the market has been willing to pay for Cochlear’s growth has been rising…a lot!

Consequently, the bulk of the its price rise has been due to investor willingness to pay more for a certain level of earnings, and much less about the improvement in  earnings outlooks. Simply put, in 2014 the market was willing to pay 25x for a dollar of Cochlear earnings, and that has now risen to nearly 40x today.

Tying this all together, we have a bifurcated market, a fancy word for two-tiered:  a handful of growth stocks and resource stocks are doing well, financials are doing poorly and the rest are muddling along.  In our view, while understanding that valuation can be more of a notion than a fact, valuation appears to have been thrown out the window.

Of course, the above sample includes many great companies with strong business models and good management. In general, these are companies that we want to be long, but just not at any price.

Remember, as fund managers, we’re buying (or selling) the share price, not the company. The result is that by acknowledging market and economic risks, and with the best of intentions (defensiveness), the market has latched on to a very narrow group of stocks which, ironically, has left them in a position that is anything but defensive.

This situation is the typical long only, index-aware manager’s dilemma, and the absolute return investor’s opportunity.