Capturing value from the 5G evolution 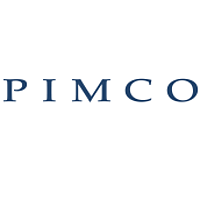 The world’s biggest telecommunications companies spent hundreds of billions of U.S. dollars to build the pipes that undergird the internet, yet they weren’t the big winners. Instead, the giants of search, social media, and streaming media have garnered most of the value.

A similar scenario may unfold with 5G, the next generation of wireless technology. With transmission speeds significantly faster than today’s 4G networks, 5G could revolutionize not only telecommunications but also transportation, manufacturing, healthcare, agriculture, and myriad other industries. Yet, while carriers spend billions to upgrade their networks, near-term revenue opportunities will be modest, and the longer-term potential remains uncertain.

For investors in corporate bonds, it’s a mixed and somewhat hazy picture. We’re focused on carriers’ near-term competitive dynamics and cash flows, while eyeing other sectors that could benefit from the migration to 5G. We think investors should keep a watchful eye on regulatory developments, capital expenditures, consumer uptake, regional trends, and technological advances.

Like 3G and 4G before it, 5G promises a new telecommunications ecosystem that will spawn new business and services, many of which have yet to be invented. It can transmit up to 10 gigabits of data per second, over 100 times faster than the average speed of today’s 4G networks, and it will do so with much less latency, or delay - an important feature for the internet of things (IoT), factory automation, and connected cars.

China, South Korea, Japan, and the U.S. are at the forefront of 5G deployment. But their rollouts have been driven less by consumer demand, which remains limited, and more by government ambition and competitive forces. Korea and the U.S. were first to launch commercial 5G services in April 2019. China Mobile, the country’s largest telecom operator, plans to build 50,000 5G base stations and roll out service in 50 cities by the end of 2019. Operators in Japan are targeting the launch of mobile 5G services sometime in 2020. In Europe, the situation remains more patchy, with 5G spectrum auctions still on their way in countries like France and Belgium, and 5G is not expected to be launched in earnest before 2020, while mass market commercial take-up will be unlikely before 2021 depending on 5G handset availability.

Although 5G deployment costs vary by region, we generally do not expect a large spike in carriers’ overall capital spending because rollouts will be gradual while spending on 4G and other legacy standards will fall. 5G capex in China will be around $5 billion in 2019 (part of $45 billion total capex among three carriers) according to company guidance, but spending may double over the coming year as services are deployed in more cities. In the U.S., carriers are expected to invest approximately $50 billion in their networks in 2019 based on company guidance, with most wireless-focused investment directed at 4G and 5G technologies. European telco capex budgets are not expected to increase meaningfully to accommodate for 5G spending, as legacy 4G technology spending will be curtailed at the same time. To cut costs, carriers will likely share more passive infrastructure, such as cell towers. In Europe, we have seen several tower-sharing initiatives, including in markets like Italy where operators paid elevated prices for 5G spectrum (see Figure 1), and we expect more cooperation among operators also in other key markets, including the UK and Germany. Scale remains critical to ensuring a sufficient level of 5G infrastructure investment while also providing carriers sufficient capital to purchase spectrum as required (which routinely runs into the billions of dollars).

This dynamic benefits today’s market leaders, helping them cement their dominance in certain regions. It also suggests more consolidation, or at least cooperation, among operators will occur in more fragmented markets, such as those in Europe.

For investors, this presents both opportunity and risk. Cooperation among telco operators or even tower consolidation could weaken price competition, increase scale, and improve margins. But smaller, mobile-only operators could fall further behind.

Although 5G capital outlays by global telecommunications carriers will drastically reduce the costs of delivering information, potential revenue opportunities are modest in the near term. As yet there are few practical applications of the technology, but plenty of competitive and regulatory reasons to be a front-runner.

Carriers could be forced to keep the costs of cell phone plans low by governments that want to keep these consumer bills low, even as marketing and capital expenditures soar. Thus, from a credit perspective we have turned more cautious on select Asian wireless carriers.

In the U.S., at least, carriers have another revenue card to play – 5G fixed wireless offerings. The blazing-fast speeds of 5G could make it an alternative to other wired sources of internet connectivity in some locations, most likely legacy copper-based networks. Already, Verizon has rolled out fixed wireless services in Los Angeles, Indianapolis, Houston, and Sacramento and plans to expand to additional regions. However, we don’t expect 5G to contribute meaningfully to service revenues until 2021-2022.

For carriers the benefits of 5G are clearer on the cost side, given that improved spectral efficiency and greater use of software in the network will lower the cost per bit for carriers. The towers that send and receive data over 5G networks can communicate with 10 times as many devices as 4G networks, enabling the internet of things.

In the near term, we do not expect 5G to materially change the limited revenue growth dynamics for global carriers, while the opportunity to reap cost efficiencies will be a major near-term benefit that should support margins and underlying free cash flow. We prefer integrated operators who have both mobile and fixed line capabilities, with high barriers to entry driven by substantial network investments and an ability to lead in 5G deployment, and ideally a focus on deleveraging.

Regulatory and political currents have the potential to affect the pace of 5G deployment and the fortunes of equipment makers. For instance, in markets where 5G spectrum was auctioned on reasonable (i.e., economic) terms, and where market structures have remained intact, it will be easier for carriers to sustain the necessary network investments. Last October’s Italian spectrum auction was designed to maximize proceeds for the government, which totaled some £6.55 billion. In other European countries, such as Spain and the UK, outlays for spectrum were significantly below those realized in previous 3G and 4G auctions. The UK raised £1.4 billion from the 5G spectrum auction in 2018, far less than the £22.5 billion raised for 3G spectrum two decades ago and £ 2.3 billion for 4G spectrum in 2013.

The U.S.-China trade spat could hinder China’s biggest telecommunications equipment maker, Huawei, at least in the near term, given its dependence on U.S. technology products and services across business segments. Washington has alleged that the company’s equipment poses a national security threat. Although the U.S. may allow some trade to continue with the company as part of the negotiation with China, risks remain that frictions could intensify and Huawei may not be the only loser. A broader set of Chinese companies could lose access to U.S. technology and face disruption in production and customer services. This could also affect European telecommunications operators, which have stated that the exclusion of Huawei could slow deployment of 5G and increase costs.

Given these risks, we have a cautious stance toward technology manufacturers in Asia. The region is dependent on U.S. technology currently, although we expect Asian governments to fund domestic R&D by establishing investment funds dedicated to the local semiconductor industry. We also expect the technology supply chain to diversify geographically, helping to mitigate risk arising from trade issues going forward; many U.S. tech companies currently have only modest direct exposure to Huawei, for example, but they may sell components to other companies, which in turn may sell integrated products to Huawei. Thus, trade frictions could depress demand for technology provided by other U.S. companies, further disrupting supply chains.

While U.S. carriers have largely divested their tower portfolios, in Europe more than 75% of towers are controlled by telecom operators, creating a large consolidation opportunity. While this bodes well for equity investors, it could have negative credit implications because large transactions could put pressure on consolidators’ balance sheets. We prefer operators that offer covenants against releveraging events, either through a structural need to retain current credit ratings or coupon step-up clauses.

Semiconductor companies that supply chipsets stand to gain as new handsets and the use of additional spectrum bands drives demand. Over time, a broader group of chipmakers will likely benefit as new applications drive increased connectivity, computing, and data storage requirements in auto, industrial, and other domains.

Looking into the future

We see 5G as an important (but by no means the only) element in a broader mix of broadband access technologies that will improve connectivity. It will extend beyond telecommunications into transportation, manufacturing, healthcare, agriculture, and energy, among other industries.

However, the migration to 5G is still nascent, and many issues will need to be resolved to determine how the various stakeholders will fare. In order to capitalize on investment opportunities, investors will need to keep a watchful eye on regulatory developments across regions, capital expenditure budgets, consumer adoption, and technological advances. Thus, bottom-up credit research remains crucial for identifying winners and losers ahead of the market and capturing the most value from the evolution to 5G.

The latest insights from the worlds premier fixed income manager

Be the first to read our latest Livewire content by clicking the 'follow' button below.. Want to find out how fixed income can play a role in your portfolio? Hit 'contact' to get more information.