Central bank measures in a world of QE 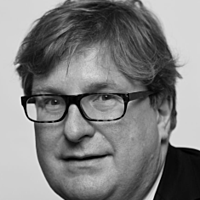 Quantitative easing came out of Fisher’s work on business cycles in 1935. For him, what created the depression was the cycle of over-indebtedness allied to overcapacity, which ensured when prices declined, loans could only be repaid by assets being sold off. The debt paid back made the debt still owing that much more expensive, because in a deflationary age, zero interest rates still meant money remained too costly. QE involved lowering interest rates from nearly 5% to almost zero very quickly, taking over the weaker financial intermediaries – AIG, Washington Mutual in the US and, in the UK, Northern Rock, Lloyds and RBS – so that assets did not have to be sold and the debt deflationary cycle did not have its pernicious way. Central banks in a world of QE have become obsessive of where they perceive the ‘risk premium’ to be too high. Where interest rates payable by industries or by banks are seen as too high, central banks intervene and buy the bonds, and in the process, grow their own balance sheets. (VIEW LINK)