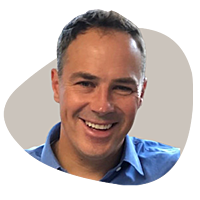 In the spring of 2020 – in the early stages of the global pandemic – we marvelled at the resiliency of the Chinese stock market, which we ascribed to the country’s success in containing the domestic spread of the coronavirus through draconian lockdowns, whose efficacy was made possible by its authoritarian political system.

Eighteen months later, a similarly authoritarian intervention has this time left investors reeling. While government intervention is not uncommon in China, the scale and pace of this latest crop of reforms are unprecedented.

Is Xi, China’s most powerful leader since Chairman Mao, revealing his allegiance to a collectivist ideology long thought to be discredited? Or is he boldly grasping the nettle of reform to redress economic imbalances and social ills before they become more entrenched and undermine the Chinese Communist Party’s legitimacy?

Despite hyperventilating headlines conjuring memories of the CCP’s gruesome past, we accept that on balance the policy changes are intended to benefit the long-term health of Chinese society and the economy, especially its middle class.

The message the Party is sending to business leaders across China is clear: compete on a level playing field and pay a fair wage. For instance, much of the coverage of Ant Group’s cancelled IPO focused on the ostensible desire of the CCP to clip the wings of its tech oligarchs.

More persuasive in our view is that having observed and learned from the West’s subprime debacle a decade prior, Chinese financial regulators are not keen to allow loan origination to be divorced from the underlying credit risks of the loans — a source of moral hazard that would potentially destabilise a financial system still dominated by lumbering state-owned banks with weak credit cultures and poor management systems.

Antitrust interventions targeting the largest e-commerce platforms echo the statements (if not yet the achievements) of many Western policymakers to improve competition by increasing the bargaining power of smaller businesses versus the giants.

Meanwhile, although the gutting of the private educational tutoring sector may seem disproportionate, it has with the stroke of a pen stigmatised one of the educational advantages of affluence while inhibiting the exam-preparation arms race that many middle-class families feel has spiralled out of control.

Actions taken to strengthen the data privacy protections of social media companies, tighten local ownership of Macau casinos, and rein in speculation in the high-end liquor market would not be out of place in Europe or the US.

Not to minimise the serious consequences of these abrupt and radical reforms for private businesses; as investors, we are viewing these actions mainly as problems requiring further analysis rather than as an indication that China has become too unpredictable to be investable.

More troubling for China’s long-term prospects, although less of an immediate danger to our portfolio, is the looming default of Evergrande. For years, the Chinese government has promised to wean the economy from fixed asset investments in favour of consumption, with little to show for the rhetoric.

Regional governments have continued to rely on a red-hot property sector to provide their funding and achieve their mandated growth targets.

Alarmed by the outsized role of property development in the economy, and the associated risks to the financial system of too much property speculation, the central government pushed through a series of policies last year to force the property sector to deleverage.

Evergrande’s plight looks like the direct consequence of those blunt top-down mandates as the heavily indebted company started to find itself cut off from its usual credit lines.

While the CCP may be happy to make an example of the company, the probable spill-over effects to the rest of the economy will be hard to contain and likely to require yet more interventions.

Equally disturbing to us are the rolling power outages afflicting as many as 20 provinces. Duelling top-down mandates with competing objectives seems to be playing a role here. Earlier in the year, the central government renewed its commitment to “dual control,” a mandate to curb carbon emissions by limiting both energy usage and intensity (ie, the amount of energy used per unit of GDP).

That directive was issued, however, without anticipating this year’s spike in industrial output, whose emissions far exceed those from less energy-intensive sectors. Now that they have met their local growth targets, regional administrators are rushing to institute power shutdowns to avoid breaching stipulated emission ceilings.

Woe be to the regional leaders who fail to shrink their carbon footprint before President Xi goes before the UN Climate Change Conference in early November determined to show that China is no climate backslider.

To be sure, there are other factors contributing to the power crisis—not least, skyrocketing coal prices resulting in part from both extreme weather as well as China’s boycott of Australian coal imports in retaliation for that country’s insistence on reopening the inquiry into the origins of the COVID-19 virus.

Nobel Prize-winning economist Friedrich Hayek would have predicted that the Chinese government would ultimately fail to manage its economy by mandate because officials can’t foresee and prevent every unintended consequence of their own actions.

If China’s growth slows further, more such shortcomings are likely to surface. The Chinese authorities exhibited competence at virus management but, even when their intentions are good, leaders inevitably miscalculate.

When the views of authoritarians are subjected to little debate and their mandates are implemented without checks and balances, miscalculations can have outsized consequences.

It’s unclear to us when a greater trust in the spontaneous order spawned by private actors and market forces, however, well-mitigated by regulation and taxation, will take hold in China. Likely not as soon as we had hoped.

Watch the funds latest webinar here, or contact us to learn more about the Pengana Harding Loevner International Fund.

........
Pengana Capital Ltd (ABN 30 103 800 568, AFSL 226566) is the issuer of units in the Pengana Harding Loevner International Fund (ARSN 604 292 677) (the "Fund"). A product disclosure statement for the Fund is available and can be obtained from our distribution team. A person should consider the product disclosure statement carefully and consult with their financial adviser before deciding whether to acquire, or to continue to hold, or making any other decision in respect of, the units in the Fund. This report was prepared by Pengana and does not contain any investment recommendation or investment advice. This report has been prepared without taking account of any person’s objectives, financial situation or needs. Therefore, before acting on any information contained within this report a person should consider the appropriateness of the information, having regard to their objectives, financial situation and needs. Neither Pengana nor its related entities, directors or officers guarantees the performance of, or the repayment of capital or income invested in, the Fund.
save

William Deer is an Investment Specialist at Pengana Capital Group and works across the Harding Loevener International Fund and Axiom International Ethical funds.

Get investment ideas from Will Deer when you sign up to Livewire Markets.