Consumers will dictate markets for years to come 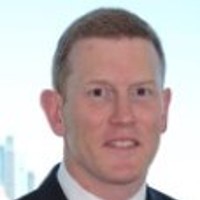 The debate around plastic packaging has intensified significantly over the last two years, which has come as a surprise to some given the market was expecting the plastic packaging sector to benefit from higher growth and lower capital intensity relative to the traditional packaging formats—glass, metal, and paper. But as sustainability concerns have increased, the long held thesis on plastic packaging investment is being questioned.

Questioning the role of plastic packaging

Plastic packaging is a unique material that provides many benefits; namely, it is strong, lightweight, and is cheap to produce, store and transport. It plays a vital role in food quality and safety, and significantly reduces food waste. From an environmental standpoint, its carbon footprint is relatively low compared to more traditional packaging formats. This makes it a highly versatile and valuable material from both an environmental and economic perspective.

While the evidence for ‘why plastic packaging?’ may be strong, there is another side to the coin: waste. Plastic packaging companies could be considered “glorified manufacturers of rubbish”. Unfortunately, too much plastic packaging ends up in landfill or oceans; incineration is a less-than-perfect solution, and recycling alternatives are generally not economic.

Until recently, many countries exported their sorted waste to China for recycling or landfill (if poor quality). But in mid-2017, China announced it would stop the import of 24 kinds of solid waste from foreign countries, including plastic. The introduction of China’s National Sword policy, as it was known, has, arguably, shifted the spotlight on plastic packaging. As a consequence, plastic waste has been left stranded in the originating country and is generally being sent to landfill or, increasingly, incinerated. While some has been exported to other destinations throughout Asia, increasingly these countries are also limiting plastic waste imports.

Despite all this, industry experts see the demand for plastic continuing to grow. Between 2000 and today, the annual global plastic resin production has increased from around 200mt to around 400mt. Interestingly, in the next decade this is expected to increase close to 700mt.

Ultimately, this will be driven by ever increasing demand from developing countries. For example, in China the per capita consumption of plastics is around 50% of that in the developed world, while in India and Africa its sits at around 10%. If we assume similar levels of recycling or incineration, then the world will add another ~3bn tonnes of plastic waste to the environment over the next decade. That’s a staggering 65% increase on the waste generated over the last 70 years!

So what can be done about this? At the risk of simplifying this highly complex issue, there are several options. These include bans and higher taxes, increasing physical recycling, increasing chemical recycling, and/or ultimately shifting to alternative packaging sources. We suspect, like most things in life, there is no easy fix.

A combination of all of the above is likely to be required especially given each solution in its own right is not perfect. Bans and taxes potentially can result in less than favourable outcomes; physical recycling infrastructure is insufficient and, arguably, uneconomic; chemical recycling is unproven at scale, and shifts to alternatives may result in increased carbon emissions. While the solution may not be simple, what is clear is that understanding the trade-off between plastics and alternatives (including bans) is becoming paramount.

Globally, many companies have made commitments on this issue. Locally the major packaging companies (Amcor, Orora and Pact Group) have made the following commitments:

While the motivation to achieve change is admirable in the mind of the consumer, it may be a case of too little too late.

The social backlash against plastic packaging and its contribution to landfill and ocean waste is strong, especially among younger generations. This will be very hard to reverse. It reminds us of similar social backlash against genetically modified seed and crop in the early 2000s—from which the large multi-national seed companies never seem to have recovered. But it’s not just the social backlash which sees the cards stacked against the plastic packaging companies. The economics around plastics recycling don’t appear to work at this point to support investment in sufficient appropriate infrastructure. Unless governments are willing to take dramatic steps and support recycling, it’s hard to believe that consumer won’t be biased towards packaging alternatives where recycling is perceived to be higher. That’s not to say we believe this will decimate the plastic packaging industry, but it most likely will modestly reduce expected growth rates in an industry that is already relatively low growth—the impacts of which could be significant.

Recently there has been plenty of action on this issue:

Weighing up the numbers

How do we factor this into our investment process? As fundamental investors focused on valuing companies based on their sustainable earnings, we need to take account of all threats and opportunities, including ESG factors. Threats to the usage of plastics, driven by regulation or changing consumer preferences, is clearly such an issue. In regard to valuations, this can be handled either through our earnings forecasts or by reducing the valuation multiple, i.e. capitalisation rate. It is interesting to note over the last few years, the international equity markets have generally reduced the valuation multiples to plastic packaging companies and increased the multiples ascribed to traditional packaging companies to the point where both groups are trading at similar levels. The speed of this change is interesting and could continue. In this context, we are comfortable applying valuation discount penalties to Amcor and Pact Group.

The bottom line: When considering the pros and cons of plastic packaging not all is as it seems. Ultimately, we believe the consumer will dictate the outcome and investment markets will follow. By considering these issues now, our goal is to remain ahead of the pack.

Michael joined the business in 2016. He has 22 years experience in equity analysis. Prior to joining Nikko AM Australia, Michael was Executive Director – Equities Research at Commonwealth Bank of Australia. Previously, Michael held Equities...

Get investment ideas from Michael Ward when you sign up to Livewire Markets.