Cows, methane and the climate threat 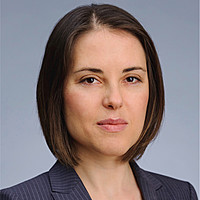 Methane can be a more threatening pollutant than carbon dioxide when it comes to the greenhouse gases behind global warming. Cows for the meat and dairy industries are a major source of atmospheric methane, and a number of pioneering new methods to avoid or reduce emissions from livestock are catching the attention of investors focused on sustainability.

Reducing or avoiding the huge and harmful amounts of methane that cows release into the atmosphere when they belch or flatulate is a potent way to combat climate change.

(Not so) silent threat

While carbon dioxide gets more attention among greenhouse gases, methane is in some ways a more threatening pollutant. It is a key ingredient in ground-level smog and is responsible for about 30 per cent of global warming since pre-industrial times. The two main sources of methane emissions from human activity are the rearing of livestock and oil and gas extraction.

But alongside decarbonisation, methane reduction also represents a unique and important opportunity in battling climate change. While CO2 emissions stay in the atmosphere for centuries, methane starts breaking down quickly and is largely gone within a decade. That means cutting methane emissions today can bring about more immediate reductions in the rate of global warming than targeting CO2.

A new UN report on the global methane problem released in May found that a 45 per cent reduction in emissions would prevent an estimated 260,000 premature deaths annually, as well as preventing 775,000 asthma-related hospital visits, 73 billion hours of lost labour from extreme heat, and 25 million tonnes of crop losses. It would also help avoid nearly 0.3 degrees Celsius of incremental global warming by 2045, according to the report

The problem of methane emissions from livestock isn’t a new one. It’s particular to ruminants, including cattle, sheep, and goats. After grasses or grains are ingested into the rumen, or fore stomach, they are digested through a process called enteric fermentation. This creates substantial amounts of methane as a by-product, which is then released into the atmosphere when the animals burp (accounting for up to 95 per cent of their methane emissions) or pass gas from the other end of their bodies.

Livestock farming is the biggest source of methane caused by human activityand accounts for a third of global methane emissions, with oil and gas extraction, processing, and distribution generating a fifth.

But reducing methane emissions is a nuanced challenge. Most livestock emissions come from cows reared for the meat and dairy industries. Encouragingly for methane reduction, the developed world is already showing signs of reaching ‘Peak Meat’, with indications that per capita consumption growth is stalling or declining in many markets. However, meat consumption is continuing to accelerate in developing countries as incomes grow and consumers shift to more protein-rich diets (albeit from a dramatically lower base). Annual meat consumption in developing countries is still only forecast to be 27.4 kg per person in 2029, compared with 70.9 kg in developed countries, according to OECD data.

For investors focused on sustainability, there are a few ways to gain exposure to reducing methane emissions from livestock.

First, plant-based meat or dairy substitutes of the type produced by companies like Beyond Meat, Oatly, or Impossible Foods make up a fast-growing product segment and are now widely available to consumers. Further afield, a number of lab-grown or cultured meats are in the process of being commercialised; these are made from animal cells grown in vitro that don’t involve the rearing or slaughter of animals. However, despite their dramatically reduced environmental footprint, meat replacements like these are likely to remain niche solutions when compared with the huge scale of the commercial meat and dairy industries and the forecasts for consumption of animal proteins over the coming years.

Big meat and dairy producers are aware of the environmental impact of their operations and have been working to varying extents to mitigate them.

But there is debate about the best approach here too, including the impact on emissions from various types of feeds, grazing practices and dietary additives, among other considerations. For example, most European Union and Brazilian beef producers tend to favour grass fed cattle, while grains are more widely used for cattle diets in the US. Enteric fermentation of grass produces less methane than grain, generally speaking (although some studies have shown that in aggregate, grain-fed cattle produce less methane). On the other hand, in Brazil for example, pastureland for cattle ranching has often been created by clearing rainforests. There are no easy answers, and in some cases it comes down to trade-offs between biodiversity and water usage, for example.

Several companies are pioneering more innovative solutions to capturing or reducing methane from livestock, although so far, none has been adopted by industry on a widescale basis.

Some focus on methane capture technologies. Zelp, a UK-based agri-tech startup, is beta testing a face mask for cows that functions as a wearable catalytic converter, oxidising around half of the methane as it is belched out into Carbon dioxide and water vapour - in real time. Mootral, a Swiss firm, has developed a natural feed additive for cows that includes garlic and citrus extracts, which it says can reduce methane emissions by up to 38 per cent in real farm applications. One recent study found that adding small amounts of seaweed to cows’ diets over several months could reduce their methane emissions by as much as 82 per cent.

One of the furthest along the commercialisation path is Bovaer, a feed additive developed by the Dutch multinational DSM. A quarter teaspoon per cow per day can reduce enteric methane emissions by about 30 per cent, according to the company, which is listed on the Euronext in Amsterdam.

Most evocatively, Restaurant Brands International, the owner of Burger King, last year introduced a version of its trademark Whopper at selected US restaurants that was made with what the company promoted as “reduced methane emissions beef”. The restaurant chain said that adding dried lemongrass leaves to cows’ daily feed could reduce average methane emissions by a third during the last 3-4 months of their lives (the feedlot stage where they are fattened before slaughter).

The claims were met with some scepticism among critics. But Burger King’s high-profile promotion, including an extraordinary music video of the young American country musician Mason Ramsey emerging from a cow’s rear end to croon about the climate threat from methane, certainly drew attention to the issue in a novel way.

Many promising opportunities are at an early stage, but more action is needed for methane reduction efforts to gather pace in a more meaningful way.

This includes raising consumer awareness of the methane problem in a way that translates to action on more informed dietary choices. It also means making more scientific and technological advances in both feed additives and/or methane capture methods that can bring down costs and improve their prospects of commercialisation and adoption by the meat and dairy industry. In the battle against climate change, methane from cows is one pollutant that simply can’t be allowed to squeak through.

The case for water and waste investing

The Fidelity Sustainable Water & Waste Fund offers a unique approach to investing globally into companies across the water and waste value chains. To learn more, visit our Fund Profile below.

Velislava Dimitrova has over 12 years of investment experience, initially working as an analyst until 2014, covering a number of sectors including European media, European utilities and materials. In 2018, she built on her vision of running a...

Get investment ideas from Velislava Dimitrova when you sign up to Livewire Markets.