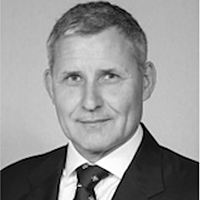 They say you are what you eat, if that is the case then "you" are changing or if it's not you then it's your kids. The power of social media and influencers is changing behaviour and the impact documentary film makers now have on the zeitgeist because of the distributive power they enjoy on Netflix means diets are shifting. India traditionally topped the world for popularity of a vegetarian diet with over 35% of the population abstaining from meat with that percentage in other countries comfortably below ten percent on average. In the rest of the world meat consumption has increased dramatically over the last fifty years as can be seen in the chart below of production. The obvious catalyst is the doubling of world population, but the other socio-economic reasoning is as people become wealthier they traditionally consume more meat. Rapidly growing nations like China and Brazil have seen a dramatic change in what they consume, the average Brazilian consumes four times what they did in the 1960's and Chinese consumption over the same period has increased over ten times according to statistics from the UN Food and Agriculture Organization.

So what's changed? Diets that limit or exclude meat, dairy products and eggs used to be on the fringe and references to vegans in mainstream media were often negative. Following a report published in the journal Science, created a huge dataset of 40,000 farms in 119 countries on food products that represent 90% of all that is eaten. The analysis that received media attention is while meat and dairy provide just 18% of calories and 37% of protein it uses 83% of farmland and produces 60% of agriculture's greenhouse gas emissions.

There is no doubt that, how we produce meat as a source of protein is inefficient. In the US, 65% of all non-seafood-based meat is battery hen style meat. Animals are locked in small pens and fed a protein rich diet of grains, fiber, molasses, and water in a very short period before being sent off for processing and being turned into food ready for purchase at your local supermarket. Wind the clock back 100 years, and most beef consumed in the US was grass fed, reared on open grazed pasture. The discovery of the Ogallala aquafer post WW2 opened up the mid-west and converted land that has historically been little more than a dust bowl, (Jon Steinbeck Grapes of Wrath) to the food bowl of America, in less than 50 years. The pivot irrigation systems that pepper the landscape from Texas in the south to Nebraska in the north, have been instrumental in making the US the 2nd largest beef producer in the world after Brazil. The main crop grown is corn, produced principally to provide grain for cattle in feedlots. The use of groundwater to grow grain to feed animals to convert to meat is very inefficient and produces enormous amount of greenhouse gases which is no doubt impacting global warming.

The use of groundwater in Agriculture has been instrumental in the depletion of the aquafers that took many thousands of years to fill. The impact on agriculture and meat production is only just being realised and will no doubt be instrumental in how we as a population view our principal source of protein.

In Texas the Ogallala aquafer is almost dry, and farmers there are selling up and moving into new industries as the ability to pump water to irrigate crops is no longer viable.

So what are we doing about this. The pressure on agriculture is very real and science is developing new ways to deliver protein to the worlds growing population.

Beyond Meat as the name suggests aims to create "the future of protein" developing plant-based burgers, sausages and other alternatives for those interested in moving away from meat heavy diets. It's not the only company offering the product but what is getting market attention is what's been happening with its share price. Since its IPO on the 1st of May this year at $25 usd, the hype associated with diet changes in the US associated with a tightly held share registry has helped the company attract valuations that make Tesla at its peak look conservative. The share price has surged as high as $186 USD Monday night pushing the company's market cap over $10 billion USD on estimated revenue for 2019 of only $221 mio USD, yes that's revenue not profit. For comparison, even Tesla at its peak never traded at more than 8x its next 12-month sales estimates and Tesla was one of the most talked about stocks of 2018.

Now this writer is not extolling the virtues of Beyond Meats valuation, but the fact that this company is challenging how we as members of planet earth think about meat is certainly a winner.