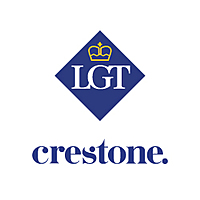 The fight against climate change is characterised by two steps forward and one step back—yet the direction is inevitable, and as the world shifts from a carbon-based economy, there will be an enormous amount of disruption and innovation. History has shown that change does not happen in a steady, linear fashion. Instead, thresholds are passed, and the changes that occur are rapid and non-linear. While this presents risks for investors, it also brings an enormous amount of opportunity.

On Tuesday 4 May 2021, we were joined by The Honourable Malcolm Turnbull AC, former Prime Minister of Australia, who provided his insights on climate change and the associated challenges and opportunities that are likely to have an impact on investors. The session was facilitated by Crestone’s Chief Executive Officer, Michael Chisholm, and Chief Investment Officer, Scott Haslem. The key points from our webinar are summarised in this article.

A time of enormous opportunity

The climate challenge is more intense than ever and across the planet, we are now experiencing the reality of global warming on a daily basis. Indeed, the devastating bushfires of 2019-2020 are still a vivid and raw memory for us in Australia—and a reminder of the challenges we will continue to face unless we take further action.

Mr Turnbull explained that we are now in a position where we can cut our emissions and, at the same time, enjoy cheaper electricity. He explained that if we were to accelerate the deployment of renewables, we could potentially cut emissions by up to 50% by 2030—much greater than the 26-28% reduction that Australia committed to in the Paris Agreement in 2015.

“If ever there was a time when we could have our cake and eat it—that is, cut emissions and have cheaper electricity—it is now.”

For the rural community and for agriculture, he sees only upside and huge opportunities. By utilising bio-sequestration and preserving and managing our landscape so it absorbs and stores more carbon, this is likely to have a positive impact on productivity.

The barriers are almost entirely political

In terms of the world’s ability to reach the target of achieving net-zero emissions by 2050, Mr Turnbull explained that the barriers are almost entirely political. “We certainly have the means to achieve the target, so the challenge is to overcome the politics and vested interests.” With millions of people employed in the coal industry globally, managing the transition is a huge challenge for governments. Mr Turnbull described how, in previous periods of change, it has often been difficult to foresee where jobs will come from. However, he is very heartened by the renewed determination of the Biden administration to lead on climate, and the US’ attempt to cut emissions as quickly as possible.

For Australia, there are a number of economic and social risks, as our nation is currently out of step with the US and Europe who have more aggressive targets in tackling climate change. Mr Turnbull explained that the first risk for Australia is that we are missing an enormous opportunity.

“Our renewable resources in solar and wind are better than any comparable nation, which means we have the means to become a clean-energy superpower.”

The second risk is that we may experience a very hard landing rather than a managed transition away from fossil fuels. History has shown us that transitions are rarely linear, which underscores the importance of being conscious of where you are heading and managing the transition appropriately. Finally, carbon taxes imposed by other nations also present challenges for Australia. Europe has said that it will impose carbon taxes, and the US is also considering their merit.

The move to electric vehicles will be significant

Mr Turnbull believes the move to electric vehicles will be significant and inextricable for Australia. Electric motors are much simpler than internal combustion engines, and as the technology improves and becomes cheaper, we will see more electric vehicles on the road. He sees an opportunity for the Government to support greater availability of charging stations and providing incentives at lower price points.

Hydrogen has a huge role to play, but it's a work in progress

Mr Turnbull sees hydrogen playing an important role—for example, it may replace met coal in the production of steel in time. However, he explained that most hydrogen in the world today is made from fossil fuel, which produces a lot of emissions. The only hydrogen available today that is genuinely “green” is where renewable electricity is used to power an electrolyser, which then separates the hydrogen from oxygen.

The issue today is that electrolysers have not yet been commoditised and are still relatively expensive, but greater deployment will help reduce their cost. He explained that the greatest cost associated with electrolysers is electricity generation, but with a lot of “smarts” going into the solar business, this will only help to lower costs. One of the greatest opportunities for hydrogen would be to combine it with ammonia to produce a green fuel.

Helping as individuals in the transition to net-zero

As individuals, there are several things we can do to help in the transition to a net-zero world. This includes installing rooftop solar panels, managing our waste, as well as expressing our views to people in politics. And as we transition from a carbon-based economy, there will be enormous opportunities we can embrace.

Mr Turnbull explained that, with electricity prices are likely to fall, we should see opportunities with smart grids. By digitising electricity systems, we will be in a better position to direct and manage energy demand. “The critical thing is that we’re in a time of rapid transition and our electricity system is changing.”

With access to an unrivalled network of strategic partners and specialist investment managers, Crestone Wealth Management has one of the most comprehensive global product and service offerings in Australian wealth management. Click 'follow' below for more insights.