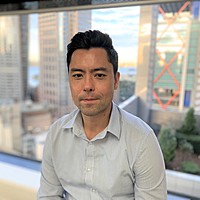 A few weeks ago, it became official, President Trump will face impeachment charges. At a time when the market faces increasing uncertainty (or so it seems), is this the last thing that we need? Trump himself was quoted in 2018 as saying: “I will tell you what, if I ever got impeached, I think the market would crash. I think everybody would be very poor." As many believe, the man may have a strong case of self-interest-itis but does his view carry any truth, should we be very worried?

So far, it appears the state of the US/global economy is playing more on the minds of investors rather than the notion of a Trump impeachment. For example, when House Speaker Nancy Pelosi announced the start of the inquiry, the S&P500 fell 0.8% but the following day saw a partial recovery. Additionally, analyst surveys have revealed a view that what is happening with Trump will not affect the market materially, and that it's the economy that truly matters. This thought is also supported by previous empirical studies that suggest political ructions do not affect markets on a medium to long term basis. Whilst the evidence may deal a blow to the President's ego, let's take a short look.

There have been three US Presidents who've faced impeachment:

Both Johnson and Clinton were impeached but not removed from office (a conviction in the Senate requires a two-thirds majority, which is difficult at the best of times). Nixon jumped the gun and resigned before any conviction was made, although experts state that his removal was a dead certainty.

So, the sample size is small – only three Presidents have had proceedings brought against them. In addition, reliable market data from the 1800s is questionable which rules out the Johnson example from analysis.

According to Schroders and USA Today, the sporadic data that is available from 1868 suggests there was little impact to the market due to the Johnson impeachment case (which was for ‘high crimes and misdemeanours’).

Without knowing the times, at first glance, it would appear the Nixon impeachment attempt was a game-changer for markets. The following month, a recession began, with the US Fed raising interest rates to attempt to rein in the inflation (and as we all know, rising rates are a great way to place a dampener on markets).

In summary, the economy was already suffering, and the consensus is that it was not Nixon (who resigned in August 1974) that caused equities to trend lower.

Who can forget Bill Clinton? Bill's troubles began with accusations that he lied under oath to conceal an affair with Monica Lewinsky.

According to USA Today, similar to the Nixon debacle, at first glance, the impeachment case looks as though it detrimentally affected equities. In the two months leading up to September 1998 when an independent report to Congress was finally delivered, the S&P500 fell as much as 20%. Nevertheless, a deeper look at the history books reveals that other factors were heavily weighing on markets, notably the Russian currency meltdown and the close collapse of Long-term Capital Management, a behemoth hedge fund which did business with nearly every important person on Wall Street (and whose capitulation might have caused a global crisis).

Again, according to analysts, it was these wider economic issues that were the causes of the market instability not the prospect of impeachment. To give further perspective, once the impeachment inquiry began in October 1998 the S&P500 rose 19% within a month, 42% within six months and 39% within a year (source: LPL Financial).

Clinton was subsequently let off the hook in February 1999 but experts say that by then equities were riding the rampant tech boom (Y2K anyone?).

R
Robert Clarke
9th Oct, 19
Without a vote in the house it is not official.