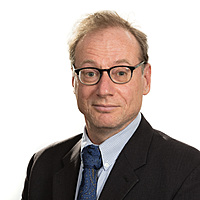 Do technology stocks generate better returns than non-techs? The conventional wisdom hints that they do. Business Insider (22 July 2022) encapsulates it: tech stocks “offer some of the best growth potential, but – like most high-reward investments – come with high risks too.” Mainstream financial theory underpins this inference. “A positive correlation,” says Investopedia, “exists between (an investment’s) risk and return … Using the risk-reward trade-off principle, low levels of risk are associated with low returns and high levels … with high returns.”

One of the “basic truths of equities,” it adds, “is that tech stocks frequently sport higher (PE ratios) than almost any other market category. In theory, this high level of valuation is the recognition of the above-average growth rates that successful technology companies post.” Indeed, “the technology sector is often the most attractive investment destination in any economy.”

From these results emerges a sobering implication:

Led by tera-caps, the outperformance of techs over the past five years has been as marked as it was during the Dot Com Bubble. This fact, and the short (six-month) duration of this year’s tech-wreck, may imply that another bust remains in the cards – and therefore that tech and tera-tech stocks will subsequently underperform.

What Are “Tech Stocks”?

“The technology sector,” says Investopedia, “is the category of stocks relating to the research, development or distribution of technologically-based goods and services. This sector contains businesses revolving around the manufacturing of electronics (and the) creation of software, computers, or products and services relating to information technology ...”

According to Morningstar (“What Is a Technology Stock?,” 1 May 2018), “the term technology sector has been broadened many times … (It) was initially (in the 1960s) anchored in semiconductors, computing hardware and communications equipment … The addition of software companies (in the 1980s) expanded the perceived tech sector to include anything based on coding. (In the 1990s) more room had to be made for internet companies, (some of which) were media and content companies … Still others were launching features that (became) e-commerce, social media, the sharing economy, and even cloud-based computing …”

“With that definition in place,” Morningstar adds, “Amazon is still very much a tech stock rather than a retail stock because of the … way they are using technology to create … disruption and to disrupt new areas like healthcare, the cloud and now increasingly financial services …”

Figure 1 plots the market values of investments of $1 in three “tera-caps” (Apple, Amazon and Microsoft) from the times they listed on National Association of Securities Dealers Automatic Quotation System (universally known as NASDAQ). These series incorporate the effects of issues, buybacks and splits of shares, and assume that dividends and distributions have been reinvested.

Individually, each of these tera-caps’ market caps exceeds Australia’s current GDP ($US1.748 trillion). Their combined capitalisation (US$6.3 trillion) is the equivalent of one-quarter (25.2%) of U.S. GDP.

Do tech stocks outperform? There’s a reason why analysts and investors search relentlessly for the next Amazon, Apple or Microsoft: if they find it before most others do, and hold it for the very long term, they’ll become rich.

Figure 2 compares investments in the NASDAQ Composite, Dow Jones Industrial Average and the Standard & Poor’s 500 Index since January 1985. Imagine that in that month you assembled three portfolios: one perfectly mirrored the NASDAQ, another reflected the DJIA and the third mimicked the S&P 500. Assume that each month thereafter you “rebalanced” each portfolio so that it continued to imitate its respective index. Finally, assume that throughout these years you paid no brokerage, taxes, etc. These series and those in the graphics below exclude the effects of dividends and distributions. It thereby exaggerates somewhat the NASDAQ’s outperformance, whose dividend yield has lagged the others.)

Do tech stocks outperform? Figure 2 implies that they do. Over the very long term, the CAGR of the ca. 2,500 companies that comprise the “tech-heavy” NASDAQ has exceeded that of the 30 companies in the “blue chip” DJIA. The NASDAQ has also beaten the S&P 500 (i.e., the top-500 companies by market cap headquartered in the U.S.).

Tera-Caps Have Outperformed Other Techs

What’s been the impact upon the NASDAQ of the sharp rise over the past five or so years of its largest-cap stocks, namely Alphabet (Google, #3), Amazon (#4), Apple (#1), Facebook (Meta Platforms, #5) and Microsoft (#2)? Net of the tera-caps, in other words, how has the NASDAQ performed? Figure 3 plots my estimates. (I’ve estimated the index’s total market cap monthly since January 1985 and subtracted from it the tera-caps’ combined market cap.)

But this latter comparison isn’t apples-to-apples. That’s because the DJIA also contains two tera-caps: Apple and Microsoft. What happens when we compare investments in the NASDAQ and DJIA – both ex-tera-caps? Figure 4 plots the results.

Tech stocks tend to outperform: truth or myth? The question is simple but reality is complex. It’s not hard to make a good case that techs can outperform, but it’s easy to overstate it. A key part of the answer is that a handful of techs – those which have become tera-caps – have greatly outperformed over the past four decades and particularly during the last five years.

Alas, the likelihood that today you discover what in a decade or two will be a tera-cap is akin to the probability that a prospector discovers a large deposit of gold: a great many make the attempt, but only a handful succeed – and those who don’t would’ve been better off economically if they’d not tried.

Do techs outpace non-techs? Another key part of the answer is “it depends upon the interval of time under consideration” (see Table 1, which, in order to compare apples with apples, expresses returns over various intervals on an annualised basis). Over the very long term, such as the 37.5 years from January 1985 to June of this year, the “tech heavy” NASDAQ Composite rose more rapidly than the “blue chip” Dow Jones Industrial Average. This is true of both the actual and “ex-tera-cap” series. Yet over the 32 years from 1985 to 2017, the two indices ran a virtually dead heat. And over other long-term periods, such as January 1985 to the bottom of the “Dot Com” Bust (August 2002), the DJIA outperformed the NASDAQ. That’s because the tech crash at the beginning of the century utterly crushed the NASDAQ but merely dented the DJIA.

A third key part of the answer is that techs outperform during the general boom but greatly underperform during the tech bust. Nor are they immune from non-tech busts such as the Global Financial Crisis and Global Viral Crisis. As a result, techs are somewhat more prone to crash than non-techs.

Today, tera-techs bestride the globe like colossuses. How have they become so enormous? A thorough answer would be lengthy and complex; but any response must include the “network effect.” This is the phenomenon whereby rising numbers of participants or users increase the values of certain goods or services – and of the company that own them. If, for example, you’re the only person who uses Apple’s or Microsoft’s operating system or software, then its unit cost is enormous, its value to you is very limited and its total value is virtually zero. But if you’re one of billions of users, then their value to each user increases greatly and their total value to all users skyrockets. Moreover, because Apple’s and Microsoft’s marginal costs increase relatively slowly as their products’ users soars (that is, their marginal cost of expansion is small), then not just their profits but their profit margins tend to rise as they expand – and thus these companies’ value rises astronomically.

World-beating technology usually exhibits network effects. Seldom, however, does it possess an impregnable “economic moat” (or, at any rate, I doubt those who insist that it does).

This phrase, popularised by Warren Buffett, refers to a business’s (castle’s) ability to maintain a durable competitive advantage (moat) over its competitors (invaders). The trouble with disruptive technology is that it isn’t immune from disruption – and, sooner or later, succumbs to disruptors. Advances of technology, in other words, render previous technology obsolete.

The history of castles and moats illustrates this point. For approximately 200-400 years, they provided the best means of defence against invaders. Partly as a consequence of advances in construction, the number of castles began to rise significantly during the early-11th century. But by the late-12th century, partly as an effect of rising costs of construction, their number commenced an increasingly steep fall. The invention and improvement of mortars and later cannons accelerated castles’ decline: artillery could fire projectiles across the widest moat and with so much force that even the strongest castles’ walls couldn’t withstand them. By the 16th century, these and other advances of technology had rendered castles and moats obsolete.

Today, these tera-techs hardly seem archaic. And by traditional methods of valuation they don’t seem greatly overvalued. Apple’s PE ratio, for example, is 28; Google’s is 21 and Microsoft’s is 30 (the NASDAQ Composite’s is 22.5). On that basis, a “tera-tech bubble” seems farfetched. Yet the tera-techs’ returns to investors are unsustainable: if Amazon’s, Apple’s and Microsoft’s remain 34.8%, 22.3% and 25.7% per year respectively, then in five years their market caps will be $US6.3 trillion, $US7.6 trillion and $US6.7 trillion. If during this interval U.S. GDP grows 3.5% per year, then in 2027 it will grow to $US29.5 trillion.

Is it plausible to think that in five years these three tera-caps’ combined market cap will be the equivalent of 70% of America’s GDP? If not, then their returns will subsequently fall.

Moreover, and as its enthusiasts will surely agree, technology now advances far more rapidly and unexpectedly than it did in the Middle Ages or even a few decades ago. It’s true that switching from one to another usually entails various (and sometimes considerable) costs; equally, occasionally a new technology becomes so compelling that the advantages of switching outweigh its costs.

So who can say for certain that in a decade today’s tera-techs will be as dominant as they are today? That in two decades they’ll even exist in their current form?

Implications for the Next Tech Wreck – or “Tera Wreck”

On an annualised basis, as Table 1 shows, the “tech wreck” of December 2021-June 2022 exerted a fiercer toll upon tech stocks, whether tera-cap or not, than the Global Viral Crisis, GFC or even the Dot Com Bust. Unfortunately, it didn’t last nearly as long as the Dot Com Bust or GFC. Two key facts (as well as other evidence, which for reasons of space I’ve omitted from this article) bolster my scepticism about techs’ future returns. First, as it was during the roughly five-year period August 2002-October 2007 (which was bookended by the nadir of the Dot Com Bubble and the apex of the pre-GFC boom), so it has been during the five years to June: both NASDAQ series greatly outperformed the DJIA.

Indeed, Figure 4 shows that in the wake of the recent “tech wreck” the disparity between investments in portfolios mirroring the NASDAQ and DJIA remains as great as it was during the height of the Dot Com Bubble.

Secondly, tera-techs’ percentage shares of the total market caps of both the DJIA and NASDAQ have risen almost continuously since the Dot Com Bust (and in the Dow’s case, in a parabolic manner over the past five years). Moreover, they’ve scaled an all-time high that now exceeds 40%; indeed, the tera-techs’ share of the DJIA’s total cap slightly exceeds their share of the NASDAQ’s (see Figure 5; Microsoft joined the DJIA in 1999 and Apple in 2016; to maximise the comparison with the NASDAQ, I’ve adopted the counter-factual assumption that both joined the DJIA in January 1985).