Does the valuation trade off for quality make sense? 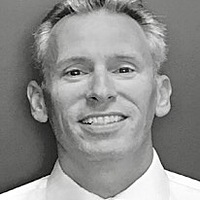 Using two examples that fit into our Megatrend framework of rising Asian consumption, we highlight how we assess allocating capital to one stock in our universe that illustrates strong free cash flow versus another stock in the same sector, essentially giving the same sector exposure.

We can debate the merits of the regulatory risk of Beijing Capital International Airport (BCIA) vs Sydney Airport (SYD), but given the valuation discount, you can effectively buy BCIA at a 55% discount to SYD on a cash flow basis (7.8x EBITDA vs 18x EBITDA).

The gearing level is also a significant driver as SYD has been a large beneficiary of lower interest rates, which has reduced their debt burden and lifted their distribution payout ratio over the past 5 years.

It appears unlikely to us that SYD will have the same tailwind over the next 5 years. BCIA has the Beijing Government as a 56% shareholder (listed on the Hong Kong Stock Exchange) so while there is some regulatory risk, we take comfort in the view that the major shareholder will act in its own self-interest over the medium term. As a way of reference, Beijing Airport has risen 69% over the past 2 years, relative to the 24% rise in SYD.

We are of the view this continues over the medium term.

Huon Aquaculture (HUO) clearly has greater agriculture exposure than Costa Group (CGC), as HUO is somewhat exposed to global salmon prices and the vagaries of seasonal harvesting. Costa has done an excellent job of selling its ability to minimise its agricultural exposure through diversified locations and protected cropping of its major produce, as well as creating a dominant market position in several of their products creating a favorable pricing environment.

We believe an investment in the Agriculture sector has to be done on a 5-year view given the variability in seasons. We are of the view that in this context, Australian salmon consumption is growing at 8-9% per annum, placing upward pressure on farmed salmon production, and while variable, pricing is clearly in an upward trend over the past 5 years, and we expect this to continue.

Thus the backdrop for the investment case in HUO lies in its superior farming methods and locations relative to its only major peer in Australia (an effective local duopoly). Given it trades at a near 60% discount to CGC (we acknowledge the superior business model of CGC), we see little downside on 5.4x cash flow with production expected to grow by 40% over the next 4 years.