Don’t count on a consumer crash 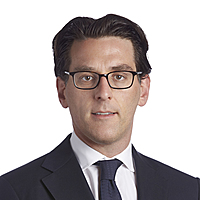 Out of countless ‘COVID surprises’, the Australian consumer has been the most astounding. Its strength has dragged our economy out of what could have been a prolonged recession (albeit with more than $100 billion of federal government support).

A consensus is now forming that the surge in demand was both fortunate and fleeting; a one-time binge as almost 10 million households were locked down and many spending outlets, notably international travel, vanished. The latest forecasts from Deloitte see retail spending slowing to just 0.9% growth in FY22, weighed down by non-food industries such as apparel and household goods retailing. That the consumer may be over-extended – based on higher mortgage debt that is fuelling the housing market – adds to the anxiety.

In contrast, we believe one of the surprises of the second half of this year and 2022 will be ongoing consumer strength. A few simple facts support the case:

How the consumer spends will invariably rotate as previously closed channels re-open, but it will not lead to an implosion in retail. We expect the ‘consumer cliff’ to be both distant and also descending from a point much higher than where we are today. We forecast real consumption growth to average 7% in 2021 and 5% in 2022.

We are well positioned in the consumer sector, and actively looking to build our positions if investors become skittish because of like-for-like sales ‘plummeting’ to what we still consider to be strong levels. We are overweight Consumer Services stocks Aristocrat Leisure (ALL) and Star Entertainment (SGR), as well as high-quality retailers including JB Hi-Fi (JBH) and Kathmandu (KMD), the latter of which is highly leveraged to easing international travel restrictions.

Dion is Executive Chairman and Head of Australian Equities. He is responsible for leading the Australian Equities team, and is a Porfolio Manager focussed on large cap equities. Prior to transitioning to Yarra Capital Management, Dion was the...