Early days in the Value recovery 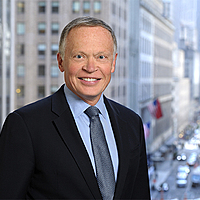 Pro-value cycles have historically been long and durable. The evidence suggests we are in the early stages of what may be a powerful period of value outperformance.

But how long will this value cycle last?

Since mid-2018, economically sensitive and cyclical names have been hard hit by uncertainty stemming from the trade war, falling interest rates, and late cycle fears. The disparity in valuations between these shares and large technology stocks was turbo charged last spring by investors reacting to the pandemic, resulting in historically high valuation dispersion. News of an effective vaccine in November 2021 finally gave the market visibility to a path out of the pandemic, and the outperformance of value stocks since then has been significant.

This pattern of behaviour is not new. Value typically underperforms going into a recession when there is uncertainty around the severity and duration of economic impact. For the disciplined value investor, these darkest periods – when sentiment is lowest – provide the opportunity to plant the seeds for outperformance through fundamental research. Once fears give way to facts, the companies cast out of favor re-rate, and in fact become momentum stocks themselves.

As this scenario plays out yet again, investors find themselves asking the following questions:

While there is no way to answer these questions with certainty, history suggests that there is plenty more to come.

Value cycles are long and enduring

Reviewing value cycles of the past 50 years helps put the recent period into context (Figure 1); the recent outperformance of value appears to be nascent compared to history. On average, pro-value periods have lasted 62 months and delivered 138 percentage points of outperformance. This compares to 6 months and 39 percentage points thus far this cycle.

There is no doubt that businesses were hit hard by the economic collapse spurred by the pandemic. However, management teams did not sit still. Rather they cut costs and restructured operations to an extent that may not have been possible absent such an acute crisis. As a result, earnings recovery is likely to be swift and powerful. Cyclical companies, whose earnings were most impacted by the lockdown, should see the strongest earnings growth, as revenues recover, and operating margins expand as expenses are held in check. Additionally, unlike other cyclical downturns, many businesses are coming out of this downturn with depleted inventories. A combination of inventory re-stocking and investments to reconfigure supply chains – to make them more resilient to an economic shock and trade politics – should provide an even greater surge in top and bottom lines than in a typical cyclical recovery.

The Pzena Focused Value portfolio provides a good example of the recovery these deeply undervalued businesses might enjoy over the next couple of years (Figure 3). Earnings of the companies in our portfolio were cut nearly in half in 2020. Yet Wall Street analysts project a classic V-shaped rebound in earnings this year – nearly doubling to approach 2019 levels – and a 32% compound annual growth rate in earnings out to 2023. We are seeing a similar trajectory of earnings collapse and recovery in our global portfolios.

During the March 2020 sell-off, investors found it difficult to look through to the end of the pandemic. That is understandable, as it is extremely difficult to figure out when economic activity will return, and impossible to determine when investor sentiment will improve. For disciplined value investors, it is the darkest periods – when sentiment is at its lowest – where the hard work is most rewarded as earnings and sentiment typically recover, often in a sudden, unexpected, and extreme manner.

One of the interesting features of a value cycle is how the momentum characteristics of value stocks change over time, attracting a wider circle of investors. Figure 4 shows the 22-year history of sentiment for value stocks, as represented by the percentage of value stocks among the top third in positive price momentum. Value cycles start with a sudden and sharp move from extremely out-of-favor to in-favor, as we saw in the fourth quarter of 2020. After an initially sharp increase in the percentage of cheap stocks within the high momentum cohort, the percentage tends to remain broadly above average throughout the value cycle. The jagged nature of the line reflects rotation and the increasing participation of momentum-oriented and more mainstream investor types. The line moves down as formerly inexpensive stocks cycle out of the cheapest quintile and are replaced with newly out of favor stocks not yet experiencing a re-rating. Once these stocks catch the attention of the broader market, and prices catch up to fundamentals, they move into the positive momentum category, and the blue line heads back up. It is the continuation of this dynamic in markets, until valuation spreads return to more normal levels, that explain the long durations of value cycles that we have observed historically.