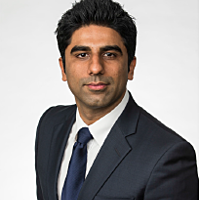 Our conclusion upfront. Simply put, for the patient capital, emerging markets are looking attractive at current levels given the de-rating seen in 2018. High quality companies with growth drivers leveraged to structural changes in EM will withstand the vagaries of the market. Whilst 2019 has started on a more optimistic foot, we do expect volatility to continue. In our view, the outlook for EM’s performance is largely dependent on the key drivers noted in the table below. As we discuss further below, a number of these key indicators appear to be more conducive for EM to register improved performance over 2019, given its disproportionate de-rating in 2018.

#1 China growth. Chinese growth moderated throughout 2018, with GDP up +6.8% in 1Q18, +6.7% in 2Q18, +6.5% in the 3Q18 and +6.4% in 4Q18 on a year-on-year basis. Full year growth of +6.6% is the slowest since 1990. In our view, the Chinese government is unlikely to flirt with the idea of GDP growth moderating further from current levels on a sustained basis given their long-term economic objectives and the potential impacts from tariff wars. With this in mind, we believe China growth should at the very least stabilize at current levels, if not slightly accelerate. This should be positive for not only Chinese equities, but also broader emerging markets. What evidence have we seen to date on policy shift: (1) Recently the National Development Reform Commission Vice Chairman Ning Jizhe noted that the government will roll out measures to boost consumption of cars and household appliances; (2) China’s central bank announced it was reducing the cash holding required by banks, which should be a positive boost for liquidity; and (3) Chinese government looking to lower effective tax rates for households and businesses. Further, a truce (or some sort of clarity) on trade war with the U.S. will also lift investor sentiment towards the region.

#2 Movement in the USD. On the back of rising interest rates and noticeable growth differential between the U.S. economy vs. rest of the globe, the U.S. dollar (USD) rallied in the second half of the 2018 calendar year (after declining from recent highs seen in June 2017).

We believe there is room for the USD to moderate from current levels as the growth in the U.S. markedly slows from current high levels, the U.S. Fed slows (or even stops) raising interest rates and growth in EM / China / globe begins to stabilize after trending lower in 2018. All these combined should at the very least keep the USD from appreciating further from current levels and could even put downward pressure on USD (this should be a positive for EM markets).

#3 Movement in commodities prices. Emerging markets are net importers of commodities and higher commodities’ prices are generally seen as a negative for growth. However, with the price of oil significantly declining, we believe this removes one potential detractor to growth (and negative sentiment towards EM). Even though commodities’ prices are expected to trend higher, they are not expected to appreciate to levels which will significantly hold back or detract from growth.

#4 U.S. Federal Reserve rate hike path. We believe the U.S. Fed is likely to take a more measured approach to raising rates in 2019 after hiking four times in 2018. It is worth highlighting that the yield curve and market estimates are even forecasting a potential cut to interest rates by the end of 2019.

The recent trend in U.S. PMI will give the Fed more reason to pause. We have previously highlighted the U.S. Fed was likely to maintain its rate hike path if the economy was humming along but highlighted to keep an eye on the U.S. PMI:

“Investors may be grappling with the question whether the U.S. Fed will consider any market volatility or slowing down in EM economies as part of its decision to aggressively raise rates. It is important to remember the three key objectives for monetary policy in the Federal Reserve Act: maximizing employment, stabilizing prices and moderating long-term interest rates. With all cylinders firing in the U.S., we see little reason for the U.S. Fed not to move towards the path of raising rates to more normalised levels despite growth in other regions moderating. Further, the potential inflationary pressures from trade wars and solid economic growth (increasing wage pressure) will also likely keep the U.S. Fed motivated to stay the course. However, given the U.S. economy and businesses export to EM, EM economic pressure materializing within U.S. GDP growth data will give the U.S. Fed more a cause for pause. Investors need to watch the U.S. PMI numbers for signs of this”

As the chart below highlights, the U.S. PMI was holding up for the most part during the second half of 2018 despite moderating activity across the rest of the globe. However, the latest December 2018 reading has seen the U.S. PMI come off, which is likely to capture the attention of policy setters, as clearly the U.S. economy is not completely immune from the rest of the globe. #5 Broader EM fundamentals. Subject to no severe economic shocks, both the global economy and parts of Asia are expected to grow at reasonable levels. Whilst EM currencies have experienced extensive sell-off, the underlying fundamentals remain sound. Some may even mount the argument that currencies have slightly deviated from economic fundamentals. This suggests currencies are likely to play some catch up (against the USD) should growth outlook hold up. In the chart below, we provide consensus forecast for GDP by region in 2019 and over the long-term. The notable slowdowns are expected in Western Europe and North America.

Figure 4: GDP growth estimates for 2019 and long-term averages by region Investment Manager and Director at Banyantree Investment Group, with responsibilities across equity and multi-asset strategies. Zach has over twelve years’ experience including portfolio management and sell-side investment research.

Get investment ideas from Zach Riaz when you sign up to Livewire Markets.