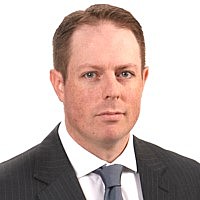 EML’s result came in slightly below consensus expectations at the EBITDA level, though there was a 10% spread in consensus.

At the NPAT level, after making various adjustments for items such as acquisition costs, share-based payments, unrealised FX gains and amortisation of acquired intangibles, the result looks comfortably ahead of expectations.

We suspect much of this ‘beat’ is attributable to a lower than expected tax expense. Overall, we would assess the result as having met expectations.

On 37x FY21 consensus EPS, 25x EBITDA and offering a sub 3% free cash yield, an investor would need confidence in the long-term earnings growth potential for this business to initiate new investment at these levels.

With earnings forecast to grow around 40% per annum for the next two years (Bloomberg Consensus), there is some justification for EML’s high multiples.

How the business performed

The Gift and Incentive (G&I) cards business (non-reloadable) is still a key focal point for EML, despite ongoing efforts to dilute the contribution of this seasonally variable segment to the broader group result. G&I earns most of its income from card ‘breakage’, the amount that remains unspent on a gift or incentive card beyond the stated expiry period.

The rate at which gross card cash load (GDV) is converted to revenue is substantially higher than for other segments, at around 6% of GDV, so any underperformance of this segment can have an outsized impact on group earnings.

G&I delivered a solid result, aided by a full period contribution from Flex-e-Card, and impressed with its ability to deliver on expectations despite observed weakness in the key UK and German markets. Efforts to improve geographic and market diversity appear to be bearing fruit with increased activity achieved in Italy, Ireland and the UAE, offsetting weakness elsewhere. Assuming this growth is not coincidental, the consequent improvement in earnings resilience in this high margin segment was a key takeaway for us in EML’s result.

Another sign of improving quality is the progressive shift in revenue generation away from the historically dominant G&I segment, towards reloadable cards (GPR) which are less seasoned and more recurring in their nature.

Within GPR, EML has also built an attractive niche in salary packaging and gaming. Salary packaging is providing most of the near-term growth in gross profit as EML progressively locks up a reasonably sized market in Australia, worth north of $20m in annual revenue with healthy gross margins, long contract terms and sticky customers.

EML finished the period with 187,000 packages under management and expect to transition another 113,000 by FY21.

Gaming is a longer-term opportunity, however the potential is vast with EML boasting a presence in 6 countries. The US online sports betting market, in particular, is in the early stages of opening up as regulatory oversight shifts from federal to state level. Progress will be gradual, however we would expect to see material improvement in GDV growth from gaming in FY21, and beyond.

Gross margins increased a further 300bps year-on-year as the company delivers on its target of reaching 80% gross margins at a group level within 2 years. A key driver of this is EML’s ability to self-issue payments cards which avoids the cost of contracting through third parties. The (somewhat) recent acquisition of Perfectcard DAC in Ireland delivered EML an eMoney license giving it expanded self-issuance capability in Europe.

Operating cash flow conversion was weaker than anticipated, however it was impacted by a number of one-off and timing related events. The company expects to deliver cash conversion consistent with typical levels of 70%-80% for the full year.

Earnings guidance (EBITDA) was essentially unchanged from what had been previously provided, however the bottom end of the range was increased, demonstrating improved confidence from management as the year progresses.

With high expectations going into this result, the lack of a guidance upgrade will be seen as a disappointment by some. However, we note that applying typical seasonal earnings patterns to the first half result implies a full year EBITDA figure at the top of the guidance range.

We would also note that management may be retaining a healthy degree of conservatism in their guidance as they negotiate a growing list of unknowns, such as the likely contribution from new G&I contracts (such as Simon Malls), the potential impact of the Coronavirus outbreak on global consumer activity, the pace of development for the US gaming opportunity, and the timing of contracted salary packaging transitions.

There also appears to be some uncertainty around the timing of regulatory approvals to greenlight the recently announced acquisition of Europe-based Prepaid Financial Services. This is a significant acquisition which will have a material impact on earnings from FY21, however we believe consensus includes a partial contribution in FY20 which may be at greater risk than anticipated.

There wasn’t a lot in this result prompting significant re-evaluation of our earnings and cash flow forecasts. On various valuation methodologies, the shares look fairly fully valued, certainly not an exciting prospect for a value manager. There seems to be reasonable visibility over growth drivers, largely underpinned by signed contracts in G&I (including Simon Malls and ECE Austria), GPR (salary packaging transitions), 500 bps of gross margin expansion through EML’s card self-issuance capacity, and the inclusion of the recently acquired PFS business (albeit with some uncertainty around completion timing). Medium to longer-term growth opportunities in areas like payment control (delegated authority), digital banking, eWallet applications (the ‘Pays’) and online gaming support the longer-term investment proposition for EML.

The microcap universe is one of the most dynamic, inefficient and under-researched. The Ausbil Investment Management Microcap Fund has returned in excess of 23% p.a. since its inception in 2010. To find out more, click the ‘contact’ button below.

........
The information contained in the article is given by Ausbil Investment Management (ABN 2676316473) (AFSL 229722) (Ausbil) and has been prepared for informational and discussion purposes only and does not constitute an offer to sell or solicitation of an offer to purchase any security or financial product or service. Any such offer or solicitation shall be made only pursuant to a Product Disclosure Statement or other offer document (collectively Offer Document) relating to an Ausbil financial product or service. A copy of the relevant Offer Document may be obtained by calling Ausbil on +612 9259 0200 or by visiting www.ausbil.com.au
save

Mason has over 15 years of financial services experience with companies including Australian Ethical Investment, ING Investment Management, ABN AMRO and AMP Capital Investors. For the past 5 years, he has been focused on small and microcap companies.

Get investment ideas from Mason Willoughby-Thomas when you sign up to Livewire Markets.