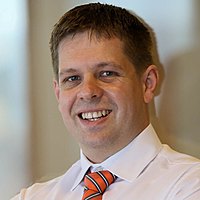 One of the things I most enjoy about the research process is the opportunity to go out into the field and visit the operations of our investee companies in person. There is nothing like putting a hard hat or a lab coat on and getting a hands-on perspective to visually comprehend the scale and quality of an operation or asset. It also affords an opportunity to converse with management and employees in the comfort of their own operating environment where they are happy to demonstrate their passions. For our approach it is imperative that each team member conducts research trips through the year to update our knowledge of the company and its operating environment. On my latest trip to the US I took the opportunity to visit the Howard Hughes-developed South Seaport District and review the rationale for our long term investment in the company.

Howard Hughes Corporation (HHC) is a mid-cap company we have followed since it was spun out of General Growth Properties in 2010. As a standalone entity, HHC has been able to develop and monetise its assets with the freedom and flexibility that would not have been possible as part of a larger property group. We have held a consistent position in HHC since the Pendal Concentrated Global Share Fund’s inception when the opportunity arose to purchase the company at a discount to our assessed intrinsic value. It was still recovering from demand concerns in its key state of Texas after the oil price decline in 2014/15. This is a typical and favoured scenario for our process, which sees short term issues that lead to stock price weakness as an opportunity, given our long term investment horizon. At the time of launching the Fund we were looking for businesses with leading market positions and assets valuations that are out of step with the share price. The prevailing market environment resulted in a number of real estate companies being sold down on premature concerns over monetary tightening (recall the taper tantrum?) and instinctively we knew that some of these companies had become oversold. We assessed the sector and developed a positive view on HHC. We liked the business model and the board structure, with individuals holding material equity in the company. We also valued the company’s strong development pipeline which notably included the South Seaport District development in Lower Manhattan, which was expected to drive earnings in the Strategic Development segment. The stock was trading at a discount to NTA which also warranted attention and we decided to initiate a position. Nearly two years later, we thought it was an opportune time to visit the site, assess the operating aspects and the potential for growth in free cash flow.

The South Seaport District is located on the East River in Lower Manhattan, New York, not far from the Brooklyn Bridge. Over the past few years Lower Manhattan has seen a significant transformation following hurricane Sandy of 2012. The city has been progressively shifting from a financial services hub to a precinct for media, advertising and technology companies. This development has been attracting young, affluent, well-educated New Yorkers with a median age in the low 30’s and an average household income exceeding US$200,000. Today, the residential population has grown to over 60,000, with plans under development for the construction of a further 4,000 apartments.

In order to get to the Seaport District I used the new Fulton Transit Centre, from which the precinct is a five-minute walk and serves as a key access point alongside the World Trade Transportation Hub which opened in 2016. These two links serve more than half-a-million commuters daily and provide easy access to the district alongside the ferry terminal and the New York ring road.

The Seaport District comprises eight buildings on several city blocks with a ground lease in place until 2072. The area has a rich history as a bustling port and fish market. HHC has endeavoured to incorporate this history in its redevelopment by bringing the old Tin Building back to its 19th-century glory. Once fully restored by 2020, the Tin Building will operate as a 4600 square metre food market. This is being developed under the guidance of famed American-French chef, Jean-George Vongerichten.

Pier 17 with the Brooklyn Bridge and New York skyline in the background. Source: Howard Hughes Corporation.

The jewel in the crown of the project is the new Pier 17. The site encompasses 18,500 square metres of lettable floor space that is spread over four levels, offering views of the Brooklyn Bridge, Statue of Liberty and the city skyline. The rooftop provides an extra 6,000 square metres of space which transforms into an ice skating rink. In the summer the space is purpose built to hold concerts for 3,500 standing or 2,400 seated patrons. The first summer concert series is set to open on 28 July with a diverse line up including Amy Schumer, Kings of Leon, Slash (of Guns’n’Roses fame), Diana Ross and even legendary crooner, Paul Anka, who will perform renditions of Frank Sinatra’s songbook ‑ presumably featuring an encore of the heartfelt New York, New York!

In April this year ESPN moved into the fourth floor and is occupying close to 1,800 square metres of space under a long-term lease. EPSN currently broadcast eight shows a day using both their internal space as well as external locations on Pier 17 as a backdrop to their programing. The lower two floors of the building will feature six dining concepts, including David Chang’s newest Momofuku and Jean-George’s Vongerichten, set to open later this year. ESPN’s Get Up! filmed from their new studios at Pier 17. Source: Howard Hughes Corporation

In leasing the properties Howard Hughes has taken a partnership approach, whereby leases are structured to incentivise tenants through variable rent schemes linked to revenue generation. This approach is designed to build long term commitments with the right tenants and promote low tenant turnover in the future. Advertising also provides a meaningful opportunity, with sponsorship agreements in place with Lincoln, Heineken, and Ticketmaster, representing more than US$2.5 million in annual revenue. The rooftop naming rights are still to come.

Real estate development with a difference

Total construction cost for the entire project is expected at around US$800m. HHC is targeting a stabilised annual return of 6-8% plus any revaluation if and when they choose to sell the asset. It would not be out of the question to expect a sub-5% cap rate valuation for such a unique asset in a prime location. In our view, development of the Sea Port District demonstrates the pragmatic long term mindset that HHC takes to extracting the most value from its assets.

Other assets within the HHC business include master plan communities (MPCs) in Las Vegas, Texas and Columbia, and commercial assets in Hawaii and Chicago. The MPCs are large parcels of land where the company manages the development of entire new communities over decades. HHC sell blocks of land to homebuilders while developing the retail and commercial real estate to service those newly created communities. By controlling the supply of new homes tightly they are afforded the luxury of managing their assets through the cycle rather than for the cycle, as is more typically the case for most real estate development companies.

Management also takes a conservative approach to the balance sheet by keeping leverage low, with a debt to enterprise value in the mid 30s and two-thirds of its debt under non-recourse terms. The company is now reaching a point where it should be able to self-fund its future developments through a mix of cash and liquidity on its balance sheet, continued land sales at MPCs and the sale of non-core assets. This represents a key de-risking event for the company’s equity.

The stock remains largely unfollowed by the investment and broking community as it does not fit neatly into most ‘cookie cutter’ analysis due to its business model that combines development and management of mixed-use real estate. The financials are lumpy in the short term due to the land and asset sales but the underlying operating income continues to grow as the assets are developed and leased. The appropriate way to value such a company is to distinguish between their stabilised net operating income (NOI) and the remaining value of their land. Management’s most recent target for stabilised NOI was US$291m (which does not include the potential US$50-65m a year from the Seaport District) while the remaining land bank and assets under development are worth US$3-4b. All things considered, our analysis suggests the equity in HHC is conservatively worth US$180 per share, which is around 35% higher than its recent trading range. The Pendal Concentrated Global Share Fund has earned a return of 7% from HHC since inception. While it has been a relative underperformer for the Fund, the company’s intrinsic value has continued to grow. As projects reach completion and leases are secured the execution risk is reduced and value is created through the sustainable growing income streams generated. At the same time, the remaining land value increases through the combined influence of increased demand and reduced supply. Management is of the same mindset and is committed not only to managing the assets correctly but also to increasing awareness in the investment community of the HHC story. They are aligned with shareholders through a mix of direct equity ownership and incentive structures – a key factor we look for when investing.

HHC provides the Fund with exposure to an expanding US economy and an undervalued yet diverse asset base managed by a leadership team with strong credentials and skin in the game. As such, we are happy to hold our position even if it takes time for the market to appreciate the true value of the company. We continue to believe the development and management initiatives, current growth trends and management tenacity will create substantial value for shareholders. And I’m sure Sinatra is looking upon this evolving precinct of New York with a sense of pride, and perhaps regret that he’s not around to “be a part of it” and own some HHC scrip.

Paul Gyenge joined Pendal Group in 2016 as a senior investment analyst for the Global Equities team. Paul’s responsibilities include coverage of the Financials, Technology (Internet) and Property sectors on a global basis.

Get investment ideas from Paul Gyenge when you sign up to Livewire Markets.