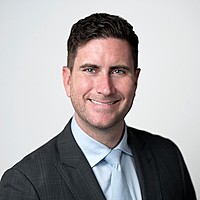 TPG Telecom (ASX: TPG) has been listed on the ASX for many years, however the company today presents as a very different investment proposition to the company that existed prior to the merger with Vodafone in 2020. Following the merger, TPG has become a full-service telco offering mobile and fixed line services to the consumer and commercial sectors, operating well-known brands such as iiNet, Vodafone and TPG.

Immediately following the announcement of the merger, TPG faced a number of challenges: initially the ACCC delayed the approval of the merger (with a Federal Court overruling the ACCC); TPG was then required to switch network suppliers which delayed the mobile network upgrade and commencement of 5G services; and finally the onset of Covid saw travel restrictions enforced, impacting roaming revenue and new subscriber acquisition. However, today an investor in TPG is buying a company with these issues well understood and priced in. The pieces have now fallen into place for meaningful earnings growth going forward. For these reasons IML has been happy to add TPG to our small-mid cap portfolios over the last 6 months, with the company now a top 10 holding in all small-mid cap funds.

TPG Telecom has many of the attributes IML looks for in an investment. Telecommunications companies provide the ‘roads’ on which increasing amounts of data travel, underpinning a generally stable and predictable recurring earnings stream. The industry also boasts high barriers to entry given the scale of their operations and difficult-to-replicate asset bases. The company is very well managed, led by an experienced ex-Vodafone executive, and is one of only three full-service telcos in Australia: TPG/Vodafone, Telstra and Optus.

While the company currently trades at a low multiple and a discount to its nearest peer Telstra, we believe the market is not appropriately recognising the earnings growth TPG can generate over the next few years.

The company has a number of drivers working in its favour which, we believe, will improve earnings going forward:

Prior to the pandemic, the Australian mobile market was growing at around 500k subscribers per annum. However, with borders closed and many immigrants returning to their home countries over the past two years, the market contracted for the first time in two decades. The closure of Australia’s international borders disproportionately impacted TPG’s mobile division, which is more often used by migrants and international students. As a result, the company has lost c580k net subscribers (c10% of the pre-covid base) over the past six quarters.

Pleasingly, at its full year result in February TPG confirmed that their mobile base returned to growth in the last two months of 2021. This trend should accelerate over CY2022 with the return of international travel and immigration as well as improved 5G network coverage (see below).

TPG and Telstra (ASX:TLS) recently announced a ground-breaking network sharing agreement for regional and outer suburban areas which will improve overall industry economics by reducing infrastructure and spectrum duplication when activated in late 2022. The network sharing deal will see TPG increase coverage from 96% to 98.8% of the Australian population - lifting their coverage above Optus. This should lead to share gains in regional areas and assist TPG to grow their subscriber base in the metro areas amongst those subscribers who value regional coverage (including corporate / enterprise customers). Interestingly, TPG has a near 30% mobile market share in Sydney, where the existing network is most extensive. In our view, the improved network coverage offers TPG a significant opportunity to grow its estimated (pre-covid) 18% total national share.

Even prior to the Telstra sharing agreement TPG had been focused on improving the quality of its offering including rolling out 5G coverage across their network. The company ended 2021 with 85 percent 5G coverage of metropolitan areas after this rollout had previously been delayed by a network redesign following a ban on the use of Huawei equipment. While the higher short-term capex bill ($1-1.05bn in CY22 versus longer term guidance of $700-800m) was taken negatively by the market when announced at the recent full year result, we view the accelerated investment in a positive light as it will strengthen the TPG network and assist in gaining share and growing average revenue per user (ARPU).

TPG has a stated target of growing the enterprise revenue to $1bn by 2025, (up from $690m currently). One of the benefits in combining TPG with Vodafone is the ability to greater utilise the fibre network built by TPG and combine this with the mobile offering from Vodafone to provide an integrated solution for the enterprise market. The entry of the NBN into the SME and Enterprise space as a wholesale provider also helps achieve this aim by levelling the playing field outside of the five major metropolitan areas, enabling TPG to offer a truly national solution. Recently TPG has announced two major new client wins in NAB and Qantas, clients previously considered beyond their capability.

Price stabilisation in the mobile market

Even prior to the pandemic, mobile industry earnings had been suppressed in recent years due to heavy price competition. Our analysis shows this was primarily led by Optus (as shown in the chart on the left below). However, following a recent change in management, Optus has started to retreat from discounting, and this combined with the rollout of 5G networks, has seen pricing stabilise and start to increase. The 5G upgrade is assisting telcos to compete for new customers and upgrades based on speed and coverage, rather than just price.

At its full year result in February, Telstra reported 5% growth of average revenue per user (ARPU) and expressed confidence in continued ARPU growth, while TPG (earlier in its 5G network rollout) also saw revenues per user stabilise in the second half of 2021 (see chart on the right below). With costs largely fixed any increase in price flows straight through to profit. The same is largely true of international roaming revenue (c$100m per annum pre-Covid) which has been heavily impacted by closed international borders over the past two years.

The rollout of the national broadband network has materially eroded consumer broadband margins across the industry and TPG has been no exception. However, with the rollout now nearly complete this headwind is now abating and it presents TPG with a material opportunity in the future.

TPG has significant unused spectrum and an under-utilised network which it can use to bypass the NBN by offering fixed wireless internet access to their customer base.

The TPG customer base is skewed to lower speed plans, making them ideal candidates for conversion to a fixed wireless product. The incremental network cost of fixed wireless to TPG is minor, significantly improving margins compared to reselling NBN.

Upon the merger of TPG and Vodafone the company forecast a cost out target of $125-150m. The recent full year result indicated that the company is on track to achieve these savings and that there could be more cost savings to come in time.

TPG trades at 7 times EBITDA, and as shown in the chart below, this is a discount not only to larger peer Telstra, but also to smaller listed consumer broadband players such as Aussie Broadband (ABB), Uniti Group (UWL) and Vocus Group (VOC), which was listed until acquired for 12x EBITDA in March 2021. There has also been recent bidding interest in Uniti valuing the company in excess of 20x FY23 EV/EBITDA, again highlighting the value private markets are willing to ascribe to fibre infrastructure assets.

TPG also owns extensive fibre infrastructure, which, given its low trading multiple, is not reflected in the share price. The company also has an extensive network of mobile towers, the proposed sale of which could unlock significant value. We note Telstra was able to sell a 49% stake in its mobile tower assets to the Future Fund for 28 times EBITDA.

While there is value to be unlocked in the TPG asset base we the believe the market is underestimating the medium-term growth prospects of TPG as set out above, especially considering the strong free cash flow TPG generates.

This free cashflow is enhanced by the tax losses inherited from the “old Vodafone” which should enable the company to materially grow dividends from the 16.5c ff paid in fy2021 (December year-end).

With an industry-low-cost structure, a highly recurring earnings base and strong cashflows, disproportionate upside from re-opening borders and fixed wireless, merger synergies and our expectation of continued market share gains in Enterprise – combined with a low valuation and potential yield upside – it is easy to understand why TPG Telecom is a core holding for the small-mid cap funds at IML.

IML’s focus on investing in quality rather than chasing the latest market trends allows us to avoid market fads with our aim of delivering favourable risk adjusted portfolio performance for our clients over time. Learn more on our website. .

Managed Fund
Investors Mutual Australian Smaller Companies Fund
Australian Shares
View
........
While the information contained in this article has been prepared with all reasonable care, Investors Mutual Limited (AFSL 229988) accepts no responsibility or liability for any errors, omissions or misstatements however caused. This information is not personal advice. This advice is general in nature and has been prepared without taking account of your objectives, financial situation or needs. The fact that shares in a particular company may have been mentioned should not be interpreted as a recommendation to buy, sell, or hold that stock. Past performance is not a reliable indicator of future performance.
save

Lucas is an equities analyst at Investors Mutual covering the technology, media and telecommunications sectors.

Get investment ideas from Lucas Goode when you sign up to Livewire Markets.