Good news: China is just readying for the long term 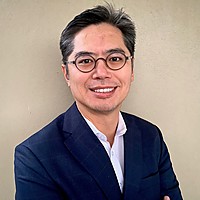 A few points can be said about this current round of regulatory intervention from the authorities. It is important to highlight that intervention on industries, old and new, is nothing new. However this time around it appears broader in scope, encompassing numerous industries. Geopolitics may have been a factor, as the desire to come out on top of the strategic rivalry. This actually sets China Inc onto a more secure footing in its development. There is a lot momentum behind China’s rise. Given its journey is still in its early stages, a great deal of upside exists. Attractive blue-sky opportunities exist for the right industries and companies, especially with the share market dislocation.

Domestic political considerations have always been a big motivator for the authorities: cleaning up Baidu hospital listing, reducing the amount of kids playing games, banning gambling in online games, real name registration on social media, tough crackdowns on residential properties, getting the mobile payment companies to clear their transactions through the central bank, busting of the risky peer-to-peer lending, removing the implicit guarantee of domestic wealth management products, etc. Crack down on “new-world” industries is not new.

Post Hu-Wen however, the Government has been a lot more assertive. I attribute this to the more politically powerful President. Although more assertive, there has always been consideration paid to optics, not wanting China Inc to look bad to foreign investors.

The quick succession and the forcefulness of the crackdown does suggest to me something has changed in the authorities’ thinking. It appears that they want to reform what they perceive as dysfunctional with greater urgency, partly driven by geopolitical anxieties.

It appears the Government will do what it needs to come out on top of this geopolitical rivalry. This means an education system that works to produce innovation and creativity – there is no need to produce a generation of people who can just pass exams! Break up the monopoly power of big tech so innovation from new and smaller outfits can survive and prosper.

Although bad for shareholders of the respective companies, I have always thought of the idea of after-school tutoring a bit ‘dysfunction en-masse’. The biggest problem is that a didactic style and wealth-rationed education system does not serve the society well. It will not lead to the cream to rise to the top, compared to one that encourages creativity and innovation.

What we are seeing is that through more lucrative remunerations, the public system is losing good teachers. If the tuition is not effective, it is a waste of money and time for all. If the tuition is effective, it is a rationing of quality education (and career opportunities) based on wealth. It focuses the children on passing exams, not on creativity. I am interested in what the authorities have in mind to replace the current system.

The action against the e-commerce players is pro-competition (therefore pro-market), not pro-business. The problem with laissez faire capitalism is eventually the strong will exert market power that may not lead to the best outcome for the consumers, and it can stifle competition and innovation. The closed-walled garden, exclusivity of suppliers etc are blatant anti-competitive practices.

These internet platforms are powerful because they have more data, capital, user base, and technologies than anyone else. Pushing back on the market powers of these players is to be expected. I think if the US were able to get its act together politically, they would also do the same.

Ant Group (formerly Ant Financial) has a balance bigger than most banks in China, but because it is a fintech, it has not been abiding by banking rules. It has to be reined in. It makes sense for fintech’s in general to be regulated more like banks, because banks are regulated like banks for very good reasons – remember the GFC?

The crackdown on ride-hailing group Didi is most likely about data privacy. During their IPO roadshow, Didi reportedly disclosed information about the movements of government personnel to show how much data they had. This opened a perfect opportunity for the authorities to start a data privacy drive. Better protection and ownership of data privacy is an important issue for the country to tackle.

The reforms are positive for China’s economic development long term. They will fiddle with them, until they work to some degree at least.

Far from thinking that China is going backwards away from markets, China is reforming the markets so that they can operate more competitively and efficiently. Sure, the hand of intervention looms large, but this is not new.

The urgency to reform is new. It appears China wants to head towards the German model, rejecting the US model of levering up the consumers and outsource manufacturing to other countries. This means China seek to continue to climb the quality and technology curve on the manufacturing side, while growing its consumers. One way is to develop a “fairer” society – reduce the wealth gap. When poorer people get extra income, they will spend it.

It is time to consider what industries and companies can do well in the future and use this stock market dislocation as an opportunity!

Managed Fund
Ox Capital Dynamic Emerging Markets Fund
Global Shares
View
........
This material has been prepared by Ox Capital Management Pty Ltd (ABN 60 648 887 914 AFSL 533828) (OxCap). It is general information only and is not intended to provide you with financial advice or take into account your objectives, financial situation or needs. To the extent permitted by law, no liability is accepted for any loss or damage as a result of any reliance on this information. Any projections are based on assumptions which we believe are reasonable but are subject to change and should not be relied upon. Past performance is not a reliable indicator of future performance. Neither any particular rate of return nor capital invested are guaranteed.
save