Hang on to your hats. Insurance just got interesting 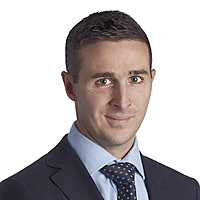 Insurance is complex, technical, mundane and outside of the actuarial community is thought to be incredibly boring… There are no SAAS multiples, no exposure to new energy or rapid growth stories. That aside, we believe there is a time, a price and a place for almost everything. And for the first time in close to a decade we believe insurance is now compelling.

If we had to distil this thinking into eight simple reasons it would be as follows:

These factors confirm for us that the insurance sector now looks compelling, which is now one of the Yarra Australian Equities Fund’s largest sector overweights via exposures in QBE and IAG.

QBE (ASX:QBE) is seeing strong topline growth through both double-digit rate increases (Refer Chart 1) and policyholder growth and has the most interest rate leverage.

IAG, meanwhile, has been de-rated after experiencing 8-times normal losses in the first 4 months of FY22 (refer Chart 2) – which we view as a genuine one off – and its $1.15bn in largely unnecessary business interruption provisions speaks to capital flexibility.

Both QBE and IAG represent examples of companies trading in line with their long run average valuation multiples, which are an exception in the current market where 75% of Industrials are trading above long run average multiples.

Ed is Deputy Portfolio Manager of the Yarra Ex-20 Australian Equities Fund, Co-Portfolio Manager for the Yarra Real Assets Securities Fund and is responsible for research and analysis of banks, diversified financials, infrastructure and utilities...

Scott Shuttleworth
7th Feb, 22
Hi Ed, thanks for your great research. Was wondering...how are you thinking about the advent of autonomous cars and the downside risk for car insurance premiums? Might not be a next year event, but appears likely to impact the firm's terminal value.
J
Joe Blo
8th Feb, 22
Hi Ed, On what basis are higher rates positives for the insurers? QBE states in its annual report that higher rates have a negative impact on profits. I would have thought most insures have majority of fixed rate exposure to fixed income securities and therefore higher rates are detrimental to them. What am I missing? Thanks, Joe

Get investment ideas from Edward Waller when you sign up to Livewire Markets.