Hunting for sustainable yields in LICs 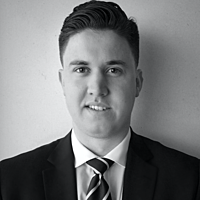 A major benefit of a LIC over a trust is the ability to carry forward earnings over reporting periods. By comparison, a trust must distribute all realised gains in a financial year to underlying unitholders. This assists LICs in delivering shareholders a smooth and sustainable dividend over the long term.

LICs are required to pay tax at the company level on the reported earnings each period. This adds a secondary source of franking credits along with the credits that are attached to franked distributions from the underlying holdings in the portfolio.

When looking at a LIC’s dividend yield it can be useful to refer to the reported profit reserve and franking credit balances to analyze the sustainability of the current yield and avoid ‘dividend traps’.

In this wire, we look at the impact that discounts to NTA have on the yield of the LIC, the benefits of different structures and share some ideas on where investors can find sustainable yields.

Earnings, from which dividends and distributions are paid, are generated from the performance of the underlying portfolio and not the share price return. However, the yield at which a LIC/LIT will produce is tied directly to the share price at which the security trades on the market.

If the LIC/LIT trades a discount then the share price yield will be higher than that of the portfolio, and this grows exponentially as the discount increases. Figure 1 illustrates how an underlying net yield of 4.0% trading at par would yield 5.0% if the security is trading at a 20% discount to the NTA.

Figure 1 – Change in dividend yield due to the premium/discount

The future of the LIC sector in the lead up to the May Federal Election was surrounded with uncertainty due to the Labor Party’s proposed franking credit policy. Due to this, as well as other factors surrounding the outcome of the election and tax-loss selling, discounts had widened and presented an attractive entering position to invest in reputable LIC/LITs on higher than normal yields.

Whilst trading in large-cap domestic-focused LICs was quite reactive post-election with discounts tightening back closer to the long-run averages, small-cap and global mandates have been less responsive. This has caused concern for many in the market, however, it still does present an opportunistic entering position for many LIC/LITs.

Despite discounts providing opportunities to obtain a higher dividend yield than what is being generated from the underlying portfolio, issues with share price appreciation and weak correlation to the NTA return may persist.

LIC/LITs are closed-end vehicles and will be vulnerable to periods of trading away from the NTA. This is unlike open-end funds that trade closely to the NAV.

The performance of an open-end fund (ETF, mFund or unlisted fund) will be expected to be more representative of the underlying portfolio but they can be subject to redemptions which may make the structure unsuitable for particular mandates, especially if the portfolio holdings are illiquid assets.

Retirees and SMSFs that rely on dividend income will tend to prefer the LIC structure due to the predictability of distributions and yield as opposed to the open-end fund alternatives where there is greater income volatility.

These investors are also able to utilise franking credits to a greater extent which can lead to a preference to LICs.

Where to find sustainable yields?

The Bell Potter September Quarterly LIC Report details the FY19 profit reserve and franking credit balances for each of the 70 securities covered within the report.

Carlton Investments is a great example of how a large discount can increase the dividend yield that shareholders receive. As at 30 September, CIN was trading at a 17.1% discount to the pre-tax NTA which equated to a trailing 12 month net and gross yield (excluding special dividends) of 4.0% and 5.7% respectively.

The equivalent yields on the underlying pre-tax NTA are a manageable 3.3% and 4.7% given approximately 41% of the portfolio is invested in Event Hospitality and Entertainment Ltd (EVT) which is currently trading on a fully franked net yield of 4.0%.

A 19% weighting is also currently allocated towards the Australian big 4 banks. The large discount is linked to the relatively low trading activity due to the largest holder Enbeear Pty Ltd controlling 61% (including associates’ holdings) of the ordinary shares. As well as the market allocating a discount with the concentration risk of the portfolio due to the large single equity weighting of EVT.

WAX and WAM were also trading at the highest premiums to pre-tax NTA amongst LIC/LITs at the end of the quarter, calculated at 17.8% and 14.2% respectively.

Despite both LICs experiencing a challenging FY19 in terms of portfolio return, WAX increased the year-on-year dividend 2.1% whilst WAM held its distribution at the previous year’s level.

We note that the reserves for both these LICs have been reducing over the past year and the ability to sustain the current fully franked dividends is dependent on the underlying portfolio performance and the LIC’s ability to generate franking credits in the future.

Over the past 12 months, AFIC had paid out net dividends of 32cps (including a special dividend of 8cps) and has either increased or maintained its dividend for 31 years.

AFI is one of the oldest LICs on the market and as at 30 June 2019 had a substantial profit reserve and franking credit balance of $1,150m and $208m respectively.

The net and gross yield in Figure 3 doesn’t include the special dividends that have been paid over the past 12 months. Including this, AFI provided a fully franked net yield of 5.0% or 7.2% grossed up.

AFI has been receiving a greater amount of cash dividend inflows than what is being paid out, as well as increasing the franking credit balance each year. The large reverses coupled with the continued ability to show that the company can grow these reserves over the long term makes AFI’s dividend one of the safest and most predictable amongst LICs.

AFI’s total shareholder return performance is compared against the S&P/ASX 200 Index, and on this measure, it has marginally underperformed. However, investors should also consider other factors that may be more relevant to their specific circumstances when evaluating the performance of managed investments.

This includes the utilisation of franking credits, how important a predictable income stream is, and the benefit of a sustained dividend during a market downturn.