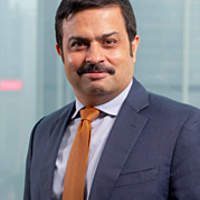 The Indian Stimulus package has been dubbed the largest stimulus plan seen among developing countries post COVID-19. The roll out is expected to create a self-reliant Indian economy by leveraging the nation’s demographic advantages, technological skills and boost domestic demand through robust supply chains as well as building infrastructure; further cementing the 'Make in India' campaign.

Stimulus package with a focus on self-reliance

The initial fiscal measure of Rs1.9tn (US$25bn) was intended to buffer the impact of the lockdown through a series of income support measures including cash transfers, free food grain and gas cylinders and interest-free loans to help low-income households through the lockdown. On the monetary front, RBI liquidity measures amounted to Rs8tn (US$105bn).

In our view the immediate net fiscal impact from the overall economic package will be limited at 0.7% of GDP. The room for further fiscal measures is low, given the increasing fiscal deficit.

The promised stimulus package is expected to address 15 measures, of which 6 for Micro, Small, and Medium Enterprises MSME’s, 2 relating to employee provident funds, 2 for the financial sector, 1 for real estate, 1 for power distribution companies and the other 3 will be tax-related measures.

We are positive with the government’s efforts in providing ample liquidity into the market as a liquidity crunch was a big overhang on investor’s minds. The government guarantee and partial credit guarantee scheme should provide the confidence needed and the expectation is for flows to slowly start returning once sentiment grows positive again.

In line with the adage that a crisis should never go to waste, Indian government has taken the opportunity to push through much needed Structural Reforms.

The agriculture marketing reform includes amendment of laws at a central and state level to allow farmers to sell their produce anywhere they want, including to other states. Previously, farmers were barred from selling inter-state even if a product price in that state was higher. With the relaxation of this law we see an increased benefit for consumers as well as farmers. Another reform announced was removal of agricultural products from the ambit of the Essential Commodities Act. This will allow stock limits to be applied only during emergencies or removed altogether for food processors. This move will free up the industry for farmers and large scale corporate investments, allowing the agricultural market to trade at equilibrium.

Several states like Uttar Pradesh, Madhya Pradesh and Gujarat announced suspension of
key labor laws around collective bargaining rights, attaining government approval for dismissals, and factory labor inspection visits for a period of 3+ years. In the past, archaic labor laws and frequent harassment by inspectors were cited by the industry as key deterrents to expand rapidly in India.

Opening up of State Controlled sectors and Privatisation

Reforms for the coal, defence and power distribution sector was announced. In terms of coal, the government stated liberalisation where any party can now bid for coal blocks, the change comes from the previous monopolised market where only captive mines with end-use ownership could bid.

The government will raise the automatic foreign direct investment (FDI) limit to 74 per cent from the current 49 per cent. There is a push toward domestic manufacturing.

While the central government has allowed 200bps additional borrowing for states in FY21, it is important to note that 150bps of this is linked to 10 specific targets, including One- Nation-One-Ration Card, ease of doing business, power sector reforms, urban local body reforms, and allowing inter- state use of food subsidies. In the past measures announced from New Delhi was not always followed through with the same zeal on a state level when local oversight and implementation was key for their success.

The reforms largely seen around labor, agriculture and privatisation in our opinion will create a stronger more sustainable long-term growth story for India. Although consensus expectation was for there to be more fiscal stimulus, we recognise that the room for higher fiscal deficit is limited and measures were designed with a longer- term outlook.

Focus on 'Make in India' Campaign

Make in India was gaining momentum pre-COVID. The expectation post-COVID is with realignment in global manufacturing; India could potentially benefit from the shift in manufacturing and supply chains by offering comparable or better terms than other competing regional countries in South/South-East Asia. With the anticipation for global companies to diversify away from Chinese manufacturing bases due to heightened concerns around deterioration of trade talks with the US as well as refraining from over-reliance on a particular country.

A competitive edge the country has is in the new corporate tax rate of 15% for new manufacturing companies. This rate is lower than that of China and other regional countries.

Focusing on the long-term benefits

With the combination of fiscal stimulus along with major policy reforms, we believe the long-term structural growth story for India is laying down a strong foundation for the future. We draw comfort in seeing the necessary measures taken by government to solidify the 'Make in India' program and believe as the recovery story comes underway the potential for returns in India remain largely untapped. Positioning ourselves to capture this wave before it is realised is our priority; we need to ensure we see past short-term volatility to reap the long-term benefits.

Since early March 2020, we have seen sharp selloff and high risk aversion in Indian markets as investors doubted the ability of the country to handle COVID outbreak. As the lockdown ends and with no significant second wave of infections, we believe consumers will gradually resume their normal livelihoods, as seen in Korea, Taiwan and Hong Kong. Thus the market would focus back on business models, growth opportunity and valuation led risk reward resulting in outperformance by our portfolio exposures which are sector leading companies in financials, insurance, consumer discretionary, real estate and hospitals. These companies are down nearly 30-50% from February-end and should outperform as they enjoy benefits of growth recovery and market share gains.

Mirae Asset focuses on identifying ‘Sector Leaders’ that will benefit from competitive advantages and deliver sustainable growth over the long-term. Click the 'FOLLOW' button below for more insights

........
Mirae Asset Global Investments (HK) Limited content shared through Livewiremarkets.com is neither an offer to sell nor solicitation to buy a security to any person in any jurisdiction where such solicitation, offer, purchase or sale would be unlawful under the laws of that jurisdiction. Investment involves risk. The information in the material contribution is based on sources we believe to be reliable but we do not guarantee the accuracy of completeness of the information provided. The material contribution through Livewiremarkets.com has not been reviewed by SFC and shall only be circulated in countries where it is permitted. This material contribution is intended solely for your private use and shall not be reproduced or recirculated either in whole or in part, without the written permission of Mirae Asset Global Investments. Whilst compiled from sources Mirae Asset Global Investments believes to be accurate, no representation, warranty, assurance or implication to the accuracy, completeness or adequacy from defect of any kind is made. The division, group, subsidiary or affiliate of Mirae Asset Global Investments which produced the underlying content shall not be liable to the recipient or controlling shareholders of the recipient resulting from its use. The views and information discussed or referred in reports through Livewiremarket.com are as of the date of publication, are subject to change and may not reflect the current views of the writer(s). The views expressed represent an assessment of market conditions at a specific point in time, are to be treated as opinions only and should not be relied upon as investment advice regarding a particular investment or markets in general. In addition, the opinions expressed are those of the writer(s) and may differ from those of other Mirae Asset Global Investments’ investment professionals. The provision of content through Livewiremarkets.com shall not be deemed as constituting any offer, acceptance, or promise of any further contract or amendment to any contract which may exist between the parties. It should not be distributed to any other party except with the written consent of Mirae Asset Global Investments. Nothing herein contained shall be construed as granting the recipient whether directly or indirectly or by implication, any license or right, under any copy right or intellectual property rights to use the information herein. Content may include reference data from third-party sources and Mirae Asset Global Investments has not conducted any audit, validation, or verification of such data. Mirae Asset Global Investments accepts no liability for any loss or damage of any kind resulting out of the unauthorised use of this document. Investment involves risk. Past performance figures are not indicative of future performance. Forward-looking statements are not guarantees of performance. The information presented is not intended to provide specific investment advice. Please carefully read through the offering documents and seek independent professional advice before you make any investment decision. Products, services, and information may not be available in your jurisdiction and may be offered by affiliates, subsidiaries, and/or distributors of Mirae Asset Global Investments as stipulated by local laws and regulations. Please consult with your professional adviser for further information on the availability of products and services within your jurisdiction. Australia: Mirae Asset Global Investments (HK) Limited (“Mirae HK”) is exempt from the requirement to hold and Australian financial services license in respect of the financial services it provides in Australia. Mirae HK is authorized and regulated by the Securities and Futures Commission of Hong Kong under Hong Kong laws, which differ from Australian laws.
Follow Rahul Chadha’s wires
save

Rahul is CIO & Portfolio Manager with over 19 years investing in Asia ex-Japan Equities. Based in HK & a regular in Asian financial services media, Rahul embodies Mirae's ethos of " We Live Our Investments."

Get investment ideas from Rahul Chadha when you sign up to Livewire Markets.