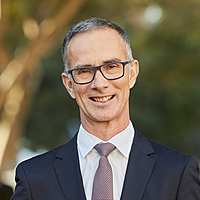 The Funds’ bank exposures include ING Groep, Mediobanca, Capital One Financial, KB Financial and ICICI Bank, with each business highly differentiated in its own right. For the purpose of this insight piece the spotlight falls on ING Groep.

Since 2009, ING Groep has undergone dramatic restructuring, selling Voya Insurance and NN Group to re-position itself as a leader in Northern European banking. Whilst the core strategy to grow via disruptive low cost internet banking remains the same, the business has been strengthened financially with the balance sheet shrinking by over 40% and equity increasing by nearly 25%.

ING’s core markets of Belgium and Netherlands, accounting for nearly 35% of the deposit book, represent a highly profitable oligopoly (Chart 2) resulting in “Revenue to Risk-Weighted Assets” (RRWA) approaching 8%; high relative to the Australian level of 7%. Given this favourable market structure, ING has managed the falling interest rate environment far better than most by re-pricing deposits lower to offset falling loan yields.

At roughly 2%, the German banking markets’ RRWA is significantly lower, indicative of a fragmented, highly competitive market structure. ING entered Germany in 1994 as an on-line disruptor (ING Direct) and in just over 20 years has built a €110Bn deposit franchise, accounting for 20% of total Company deposits. ING remains a disruptor with a significant 15% “cost to income ratio” advantage over its average German rival and RRWA yield approaching the levels earned in the Netherlands. Further, Germany has become one of ING’s fastest growing lending markets – and without opening a single conventional branch! In fact, over half the balance sheet is exposed to Northern European markets that are reflating under high savings rates and low yields. We see ongoing growth opportunities as low mortgage rates have stimulated a housing investment cycle underwritten by affordability as German (and Netherlands) “house prices to disposable income ratios” are the same level today as they were in 2000 (Chart 3).

There are few better examples than Australia to exemplify ING’s online banking prowess. Since launching in 1999, ING Direct has grown to become Australia’s 6th largest lender, ranking ahead of Suncorp and Bendigo Bank. ING enters new markets by stealth offering an intuitive customer experience, competitive deposit rates and then cross-sells other products like home mortgages. ING has earmarked challenger markets such as Germany, France and Spain where it can win against inefficient incumbents and other faster growing emerging markets such as Romania and Poland (Chart 4).

ING Groep’s simplified business structure with digital disruption at the core and exposure to a rapidly reflating Northern European economy can be acquired at a 15% discount to book value, a PE of 10 times and 6% dividend yield that should grow at roughly 5% p.a.. The shares have been held back due to poor sector sentiment relating to the impact of low rates and ongoing concerns regarding the health of Deutsche Bank. Our valuation framework implies a 10% sustainable RoE (or 1.25x global RoE) with the ability to reinvest in growth and should be trading at much closer to the mid-cycle market relative multiple of 0.8x (Chart 1) versus 0.4x today.