Investing in the holy grail of tech 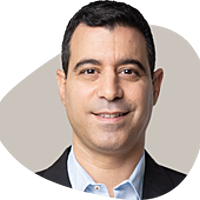 Israel’s presence on the world stage wasn’t always prominent, although its focus on technology always has been. Fifty years ago, the country was a land of contrasts, where ancient history and a socialist economy gave birth to a thriving capitalistic “high-tech” industry. Seventy years after gaining its independence, Israel remains a land of amazing contradictions. How is it that a country the size of New Jersey, with a population less than that of New York City, and one subject to the continual threat of armed conflict, has become one of the top 10 most technologically advanced (and recognized) countries in the world?

Despite its prominence in the global tech ecosystem, Israel is still a relatively small country with a relatively small aggregate market capitalization. For those reasons, Israel has remained, in our opinion, a hidden gem: a largely under-researched and overlooked investment destination with a promising future.

A sector rich with possibilities, growth, and innovation.

Israeli tech provides Australian investors with the ability to diversify their global equity exposure and include a unique market characterised by global leadership in technology and a thriving economy. Heavy investment in defence and aerospace formed the foundation for Israel’s leadership in high-tech industries across medical devices, electronics, telecommunications, and computer software and hardware, all of which provide rich and relevant investment opportunities to investors in today’s climate.

It was Israel’s realization that technology would be crucial to its development, and a mitigator of the country’s precarious geopolitical situation, coupled with a lack of natural and financial resources that now provides investors with a forward looking and future-proof investment approach.

The opportunities lie in the numerous mature Israeli tech companies that have products with global market advantages due to their cutting-edge technology and Intellectual property.

The “holy grain of tech” can be found in the companies that fly under the radar, with low analyst coverage and trade at significant discount, which offers the prospect of earning outsized returns for investors.

In particular, Israel is well known for its strength in the semiconductors sector and you can find many Israeli semiconductor companies listed on both the NASDAQ and Israeli stock exchanges. Based on this, there is a strong long-term view that this industry and sector will continue to grow and advance. This anticipated future growth is largely due to demand from the evolving automotive industry which is probably the biggest consumer of more advanced chips, as well from to broader applications of semiconductor chips such as the Cloud, mobile, IOT and Crypto.

Renewable energy, or cleantech, also plays a big role in the extensive opportunities available for investors. As we see more countries and governments around the world setting defined objectives for clean energy use by 2030, we believe there will continue to be significant growth in this investment space. Based on the constant innovation and growth in the Isreali tech space, we have a high degree of confidence in the long-term valuations of this sector.

Israeli tech Is typically very difficult for “outsiders” to access. Our approach is unconstrained and flexible which we believe allows our investors to truly reap the benefits of a growing sector. Today, we argue that Israel is no longer the start-up nation, but the nation of up-starts.

The Pengana Alpha Israel Fund invests in listed Israeli companies that produce cutting edge - both high and low tech – technologies. These Israeli listed companies have developed solid intellectual property coupled with strong global distribution. You can find out more by visiting our website.

Get investment ideas from Gabi Dishi when you sign up to Livewire Markets.