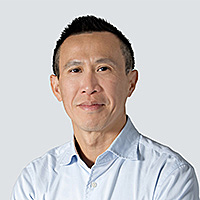 Social media powerhouse Facebook has been embroiled in yet another data breach scandal involving the unauthorised release of data from over 50 million Facebook user accounts. British data analytics firm Cambridge Analytica, best known for assisting the 2016 presidential campaign of U.S. President Donald Trump, is at the centre of the latest controversy.

Who is Cambridge Analytica?

Cambridge Analytica is subsidiary of SCL Group, a 25-year-old government and military contractor that says it works on everything from counter-narcotics to political campaigns.

The company was formed in 2013 to focus specifically on U.S. elections, with US$15 million in funding from billionaire Republican donor Robert Mercer, and its name chosen by future White House advisor Steve Bannon.

The firm markets itself as providing targeted advertising, consumer research and other data-related services to both corporate and political clients. Cambridge Analytica boasts it has developed psychological profiles of consumers and voters, which is used to sway them more effectively than traditional advertising would.

What did they do?

Beginning in 2014, Cambridge Analytica obtained data on 50 million Facebook users through means that deceived both users and Facebook. The data was harvested by an application developed by a British academic Aleksandr Kogan, with some 270,000 users downloading the application and signing in with their Facebook credentials.

Cambridge Analytica said it did not initially know Kogan violated Facebook’s terms, and that it deleted the data once it found out in 2015. However, according to newspapers that first reported the news, the data was never deleted.

Cambridge Analytica stated that this allegation was not true, while Facebook said it was still investigating to verify the accuracy of the claim.

Facebook has pressed Cambridge Analytica for answers after receiving assurances from the firm in 2015 that all data had been deleted.

The U.K. Information Commissioner’s Office has searched Cambridge Analytica’s offices and has asked Facebook’s auditors to stand down in the meantime.

Attorneys generals from the U.S. states of Massachusetts and Connecticut have launched investigations into how the Facebook data was handled. The attorney general’s office from Facebook’s home base of California have also expressed strong concerns, and there’s mounting pressure from U.S. Congress for founder Mark Zuckerberg to testify.

It’s also led to heightened concerns the breach could lead to a step-up in government regulation of leading social media companies, particularly with respect to political advertising and campaigning, where more transparency and disclosures will be required at a minimum.

Since the news was first reported, Facebook shares have lost 14% in value (over US$60 billion in stock market value) with Twitter slumping over 15%, and Snapchat dropping below the $17 price set in its public listing a year ago.

During this time, the market has also corrected with the S&P 500 Index down 6%, and the NASDAQ Index falling 7.5%.

We believe Facebook will continue to generate the majority of social media-based advertising revenue, particularly if it can continue growing its average revenue per user (ARPU). It has managed to grow ARPU from US$4.83 in 4Q 2016 to US$6.18 in 4Q 2017.

By raising the cost of its ads and ad impressions, we believe rising ARPU will more than offset the concerns about slowing user growth as it reduces its news feed focus, and factors in the users who have chosen to close their accounts due to the recent data breaches.

We would be comfortable buying Facebook shares at current levels (setting aside the current political and macro turbulence) based on consensus estimates indicating an average 3-year earnings growth of about 20%, and expect around 20% upside over the coming year.

For further insights from the team at AtlasTrend, please visit our blog

Kevin has over 20 years experience in financial markets with 12 years in investment management, managing multiple asset classes including international equities, credit and privates. He previously worked in investment banking at JPMorgan for 8 years.

Get investment ideas from Kevin Hua when you sign up to Livewire Markets.