Is quality now (relatively) on sale? 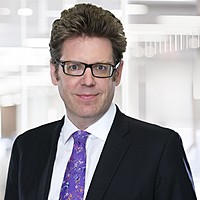 It has been a tough 12 months for investing in quality, particularly for those who pay close attention to valuations. There has been a double-whammy from the combination of the “value rally” and the “growth bubble,” which has meant that reasonably priced compounders have significantly lagged the market, despite continuing to perform their core role of compounding their earnings far better than the index as a whole over the cycle. In the shorter term, the relative picture is less clear, but there is at least some evidence that both the “value rally” and the “growth bubble” may be close to running their course.

It is unsurprising that value has done well from the March 2020 market trough: There has been a great deal of positive economic news. The massive level of government intervention – be it through stimulus packages, furloughing workers or central bank intervention to support markets and minimise the chances of corporate financial distress – has both mitigated the economic impacts of the crisis and limited the fallout on corporate earnings. The speed of vaccine development and, in some cases, vaccine rollouts, have also been a significant positive surprise. Given all this, the switch from “risk-off” to “risk-on” is understandable, and the sharp improvement in earnings expectations for cyclical sectors seems justified. Both of these factors naturally leave the higher, quality names in the shade, given they are seen as safe havens with less volatile revenues and lower operational leverage. Over the 12-months ended 31 March 2021, the consumer staples sector only returned 24% and health care 29%, against the 54% from the MSCI World Index as a whole1, more than giving up their significant relative gains of the first quarter of 2020.

In addition, there has been talk of reflation and rising rates, which has direct positive effects for financials, and also notionally makes cheaper duration equities more attractive versus higher quality or faster growing longer duration plays.

While the U.S. 10-year rate has indeed risen by over 100 bps to 1.74% over the last year,2 this impact seems less clear-cut. Not only does the German 10-year rate still languish at -0.29%, only 16 basis points up from a year ago,2 but the duration argument does not fit well with the exuberance in growth stocks. Our January 2021 piece, Avoiding losing money in equities, discussed how the most expensive quintile of the MSCI World’s information technology sector was trading on 160 times earnings two years forward, even excluding share-based compensation, and gained 160% during 2020, massively ahead of the duller, and cheaper, stocks from the third and fourth valuation quintiles that we invest in.

Lessons from the past

2020-21 has been the fourth significant (double-digit relative drawdown) in the last 25 years. The others came in 1998-99 during the tech-media-telecom (TMT) growth bubble; 2002-03 in the cyclical earnings rally; and 2012-13 as risk came back on post the euro crisis. The last year has arguably seen a perfect storm as all three factors have played their part.

While the performance of high-quality companies may have lagged over the last 12 months, this has not stopped them from performing what we believe to be their key function: compounding.

Looking backwards, high weights to defensive staples and healthcare and to the less exuberant end of information technology, has meant performance has lagged the index. Looking forwards, it is far less clear. As the baseballer-philosopher Yogi Berra put it, “It’s tough to make predictions, especially about the future,” though we prefer William Goldman’s “Nobody knows anything.” Mind you, it is “inconceivable” that you will not love the William Goldman scripted masterpiece, “The Princess Bride,” if you have not yet seen it.

While not at the same level of certainty as our film recommendations, we are confident about the path of high-quality companies’ earnings. These companies are compounders after all, with a proven ability to grow across cycles at a high return on operating capital and demonstrate resilience in tough times. Admittedly, there is a higher level of noise than usual at present. Beverages and medical devices should gain as social distancing eases, allowing visits to bars and routine operations in hospitals, while some of the portfolio’s “bonus” earnings from hygiene products and COVID-19 testing may ease off. There may also be a headwind from rising corporate tax rates, already implemented in the U.K. and potentially looming in the U.S. However, beneath this short-term noise, the structural drivers of recurring revenues and pricing power are still in place.

There is much less clarity for the market’s earnings currently as ever. Progress depends on the extent and duration of the recovery. Earnings forecasts do lag, so there may well be more growth to come, but the pace of improvement seems to be slowing outside the commodity plays of energy and materials. The other nine sectors’ earnings only rose 0.5% in March, versus the 2%-plus monthly progress since last June.

Aside from the potential tax rise headwind, one area of concern is how effectively companies with limited pricing power will be able to pass on any rising input costs, be they from commodities or labour.

The larger risk for the market is multiples. The MSCI World Index’s forward earnings multiple is still above 20 times, only down 1% despite the 27% rise in the earnings denominator over the last nine months. This is defying the normal pattern of a falling multiple as earnings recover from a cyclical low. The current market valuation is a full six turns above the 2005-2018 average multiple and seems to imply further sharp earnings growth.

The other worry is that macroeconomic forecasts are now extremely bullish, with Wall Street talking about U.S. gross domestic product growth reaching 8% by the end of the year,3 with no Federal Reserve reaction expected until 2023 at the earliest. This may well turn out to be correct, but it does leave limited room for further macroeconomic surprises, or at least further positive macroeconomic surprises. The strength and speed of the recovery may also limit its duration and imply that the early part of the cycle – so favourable for value plays – may be nearing its end.

Multiples are a particular concern in the 'growthier' extremes of the market given the 2020 exuberance. Special purpose acquisition companies (SPACs) are still flooding onto the market, raising $88 billion in the first quarter of 2021 - more than in the whole of 2020.4 However, there are signs that the air is beginning to hiss out of this inflated area, with the most expensive quintile of information technology returning negative-9% in March. In comparison, the other four quintiles were up on average 3.6%, admittedly only a small dent in 2020’s 160% top quintile return. The CNBC SPAC 50 Index, which covers the 50 largest SPACs, is now down for the year having been up 20% in late February.

If a portfolio of high-quality companies can indeed continue to compound its earnings, we believe it is a better medium-to-long-term bet than the market, which remains at multiples not seen since the TMT bubble at the start of the century. In the shorter term, market moves are more of a lottery, but there are reasons to believe that the growth bubble may have peaked and that the value rally is at least nearing its end.

Morgan Stanley Investment Management is a global franchise delivering innovative investment solutions across public and private markets worldwide. Click the 'FOLLOW' button below for more of our insights.

1 Source for all earnings and valuations data in this report: FactSet and Morgan Stanley Investment Management