Is the yield curve a faulty indicator? 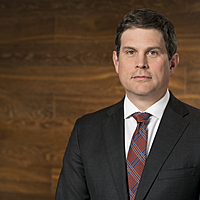 This time last year at the Credit Suisse Global Perspectives forum, I argued that we were not likely to have a new recession any time soon, despite widespread fears.

To summarise the case I made at the time, we did not expect a recession, however, we did expect a slump in global industrial production, triggered by trade uncertainty, troubles in the automobile sector, and other developments.

So far my thesis has largely played out and Livewire recently reached out for an update, including my thoughts on yield curve inversion and the chances of a recession in the next 12-24 months.

Our study of past cycles suggests that although industrial production slumps consistently lead to a rise in recession fears, they nowadays seldom lead to actual recessions.

Recessions are broad slowdowns in economic activity. Contracting GDP and sharply rising unemployment are necessary conditions for a recession. We think US recessions occur when private sector balance sheets have become fragile from too much borrowing, and serious financial shocks hit at a time when some part of the economy experiences a negative shock.

This combination of fragilities, market dynamics, and shocks are needed for the chain reactions that trigger a recession because the US economy is diversified and services-centric.

Decades ago the US economy was less services-based. Activities like construction and manufacturing comprised more than 30% of total employment. These sectors are much more cyclical and volatile than services sectors, with manufacturing tending to contract every two to four years. Before the mid-1980s, these “industrial production slumps” corresponded one-for-one with regularly-occurring US recessions.

Back then, inflation was more volatile, monetary policy was less effective at stabilizing cycles, and the swings in manufacturing activity and the unemployment rate were larger and more frequent. The US experienced on average two recessions per decade before 1983, but since then it has only experienced three in 26 years.

Manufacturing and construction employment is now around 13% of total employment. When industrial production slumps, monetary policy is eased and long-term interest rates fall, cushioning overall activity. Although markets act as though recession risks are rising during manufacturing slumps, the odds of actual recession tend not to be as high as they appear.

Those are the main reasons why we did not call for a recession last year, and things played out as we expected.

Is the yield curve a faulty indicator?

Charts of certain yield curves with recessions marked seem to show that the curves “predicted” recessions consistently. Why don’t we blindly forecast imminent recession whenever the Delphic yield curve tells us to turn gloomy? Three reasons to question its value as a prognosticator include:

Early post-war recessions often looked more like the industrial production slumps in 2019, 2015, or 1998, than the full-blown recessions in 1991, 2001, and 2008. We do not think pre-1983 recessions are very relevant for contemporary recessions, because in that period highly cyclical sectors were a larger share the economy, monetary policy played less of a stabilizing role, and inflation was not yet conquered.

We respect statistical indicators that have worked in the past, but to us the relevant sample size of the yield curve – recession link is just three. This is too small for the basis of a strong conclusion.

And of course, we can think of many reasons why the yield curve itself might be an unreliable indicator this time, given quantitative easing policies in recent years that have cut the world’s supply of long-term bonds.

Some other measures of consumer confidence, business confidence, and profits also have “led” recessions. A few of these early warning indicators were flashing red last year, and a few more have flashed since then.

But our view on recession risks has not changed much. We see a likelihood of the US recession as being higher than usual - perhaps a probability a bit above 20% looking ahead twelve months – but not so high that it is our “base case.”

James Sweeney is a Managing Director, the Chief Economist for Credit Suisse, and Regional CIO Americas for the International Wealth Management division

Get investment ideas from James Sweeney when you sign up to Livewire Markets.