It’s not always bad to play with knives 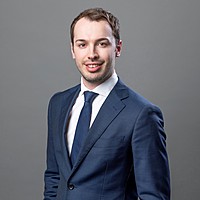 The problem with this guidance is the impossible task of pinpointing when a share has ‘bottomed out’. Even if we knew with certainty the true intrinsic value of a share and the trading price stood far below this figure, negative market sentiment could still cause the price to fall further.

Standing in stark contrast to those who warn against playing with knives are those who actively encourage it. They include Sir John Templeton, who said:

“The first rule of investment is ‘buy low and sell high’, but many people fear to buy low because of the fear of the stock dropping even lower. Then you ask: When is the time to buy low?’ The answer is: When there is maximum pessimism.”

The point of maximum pessimism, like the bottoming of a share price fall, can’t be known until the moment has passed and we are looking back at what has already occurred. Nonetheless, the message is clear and echoes Warren Buffett’s often repeated maxim to be “greedy when others are fearful.”

Research conducted by the Brandes Institute in its 2004 paper ‘Falling Knives Around the World’, sought to answer this question. The Brandes Institute defined a falling knife as a stock whose price had declined 60% or more over a 12 month period. The stocks’ absolute performance was tracked, as well as the performance of their country’s benchmark over the three years following its fall.

The results were telling. In the US, even counting those companies that went bankrupt, the knives returned an average annual performance of 11.2% in the following three years, versus the 4.6% average of the S&P 500 Index. For non-US knives, the average return was 10.8% per year, while their MSCI country index advanced at an average annual rate of only 5.3%.

What drove this outperformance? We must look to human nature, with all its foibles and folly, for the answers.

People HATE losing. In fact, people hate losing a lot more than they love winning. In cognitive psychology, loss aversion implies that someone who loses $100 would lose more satisfaction than another person would gain from winning $100. Considering the way we have evolved, it’s no wonder. As hunter gatherers, losing our entire food stock would have dire consequences, while doubling our stores may not have been felt as a symmetrically-positive gain.

People also hate being the odd one out. Peer pressure is real, quantifiable, and has the power to significantly impact behaviour. Evolutionarily this makes sense, too. Straying from the group in action or thought could lead to life-threatening isolation from our tribe. The influence on individual decisions by group behaviour is called herding, and it has contributed to bubbles and busts from well before the tulip mania of the 17th century to the subprime mortgage disaster of the 21st. As John Maynard Keynes put it,

“Worldly wisdom teaches that it is better for reputation to fail conventionally than to succeed unconventionally.”

Combined, the powerful forces of loss aversion and herding can turn share price falls into panics and irrational selling. The knowledge of a growing loss and threat of further losses, combined with the reverberating commentary of friends, family and media (“You own THAT?!”), drives a rush to sell without any consideration of potential market overreaction.

How can we profit from irrationality?

Investing to take advantage of overreactions requires three things, none of which are easy.

First, we must be comfortable holding the shares that everyone else hates, if the numbers stack up. Necessary prerequisites include independent thinking and keeping the courage in your convictions while enduring the derision of others.

Secondly, rigorous fundamental analysis is needed. We calculate what we believe is the true value of a business before investing. Have people overreacted, or is the price justified? Some of these companies have fallen so far that they don’t need a miraculous earnings turnaround for the investor to profit. If the market has priced in a cataclysm and the result is merely a disaster, the share price may rise.

The Brandes Institute research demonstrated the average outperformance of falling knives, but the median results actually underperformed the respective benchmarks. This means that a small number of shares had very significant outperformance that skewed the distribution, emphasising the crucial importance of stock selection.

Finally, patience is key. When there’s a selling stampede, it’s hard to predict when the panicked herd will realise the danger has passed and that the feedback loop created by their collective fear has pushed them farther than need be. A long-term mindset is needed and the stomach to hold on until, hopefully, your thesis plays out and the correction happens.

Chris joined Allan Gray in 2019 as a Research Associate, before moving into the Relationship Manager role in 2020. Prior to joining Allan Gray, Chris worked at BT Financial Group from 2014 to 2019, where he held a number of management roles across...

Get investment ideas from Chris Hestelow when you sign up to Livewire Markets.