Just what is going on in the bond market? 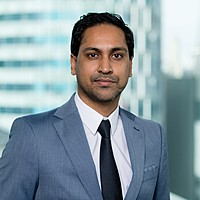 Over February 2021, bond yields picked up sharply to move starkly higher than the lows we saw in 2020. By the end of February, the yield across the 10-Year Australian Government Bond had increased by 1.15% since the March 2020 lows and for the United States 10-Year Bond, yields had increased by almost 0.9% since its low in July 2020.

While yields have been increasing since the start of the year, the most significant moves were in February 2021. For Australia in particular, the 0.78% increase in yield seen in February is the single largest monthly increase since September 1994. Back then, it was sparked by fears the Reserve Bank of Australia (RBA) might raise its key short-term rate following a rise in the U.S. Even now it appears the domestic bond market is taking its lead from the U.S.

So why are yields rising?

The US yield curves steepening reflects optimism over fiscal stimulus, vaccine rollout, and the economic recovery. These drivers are also moving Australian yields higher where the pandemic has been better contained providing a better platform for the growth recovery

To instill confidence among borrowers, the RBA has suggested that the official overnight interest rate will remain near zero until 2024 and only increase when inflation is sustainably within the 2-3 per cent band . Similar guidance has been provided in the US where they have moved to an average inflation measure. Central banks are signaling that inflation isn’t an issue and they can tolerate some short term overshoots, thus rates will remain anchored for some time. But it looks like the bond market has a different view and is signaling that a faster than expected recovery will mean rates will need to rise to contain inflation sooner than central banks are indicating.

In March 2020, at the start of the Coronavirus pandemic, the RBA committed to buying bonds to set the three-year bond rate at the same level as the cash rate. The RBA later expanded its bond buying program with commitments to buy longer term bonds. While the RBA is in the market for buying bonds, that hasn’t prevented yields from increasing in line with global rates. The bond market has been testing the RBA’s resolve to maintain rates at target which could see the RBA again increase its bond buying to achieve its policy objectives. However the RBA will be conscious of not wanting to overwhelm the bond market or be seen to provide direct government financing.

Where next for bond yields?

Much will depend on the next steps we see from central banks. To stop the rise, central banks may expand current bond buying programs. For Australia, this is unlikely to be an effective option given the size of the domestic market.

The second scenario is that central banks adjust the forward guidance and become less dovish. This, however, leads to the possibility of a taper tantrum; a scenario in which yields rise sharply when, for instance, the Fed begins winding down its stimulus earlier than expected.

The last two years have seen investors able to harness positive returns across a number of asset classes. A 60/40 portfolio saw balanced fund investors return close to 10% on an annualised basis over the last 9 years. This year though, negative bond market returns are overshadowing equity markets and the same 60/40 portfolio is down 0.71% so far this year (up to the end of February 2021).

Despite the continued upward pressure on rates, there are segments of both the bond and equity market that could still perform well. Across fixed income we maintain a preference for short duration and credit exposures. Short duration exposures in equities could also be beneficial and further support the rotation we have been witnessing. Growth stocks typically exhibits higher duration (than value stocks) because of expectation that a higher proportion of cash flows will be received in the more distant future. By comparison, value stocks are considered shorter duration and could benefit from the continued rotation in the coming months.

Get investment ideas from Raf Choudhury when you sign up to Livewire Markets.