Lowe’s – moving from good to great 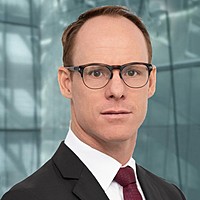 Management team changes can be typically disruptive for companies, often because it may further compound the already challenging position that led to the original need for change in the first place.

When one of the companies in our investment universe undergoes a change, we prefer to take a conservative approach and wait on the sidelines for compelling evidence that the new management team is truly a force for good.

Although this approach may see us miss the initial share price appreciation brought on by the change, more importantly, it has also helped us avoid investing in what are often viewed as perennial turnaround stories.

Conversely, when there is a successful management change, which are few and far between, the value creation can be enduring and far outstrip the initial gains that were “missed”.

One such story is Lowe’s, the US home improvement retailer.

Lowe’s is a core holding in our portfolio. How did that come to be? We have always liked the US home improvement sector given the industry dynamics when we consider:

So, the question then is: why Lowe’s and not market leader Home Depot?

Readers are reminded that we run a concentrated equity portfolio (10-15 companies) and have a relatively finite investable universe, given our stringent investment criteria. One of these criteria ― arguably the most important ― is having a quality management team.

Taking a step back to 2018, Home Depot was our preferred company, given its superior operating performance underpinned by quality management ― although its discount to our assessed intrinsic value did not afford an attractive entry point. In contrast, Lowe’s was attractively valued but our research indicated this was for good reason; the company had been poorly run for over a decade and ― with no change in management in sight ― being “cheap” was not a good enough reason to invest. Nonetheless, we continued to follow both companies closely in the event of a change in either Home Depot’s valuation or in Lowe’s management.

What was the impact of Lowe’s poor management?

Over the period 2008-2018, Lowe’s underperformed Home Depot on nearly every financial metric, which ultimately led to a poor customer and employee experience. Over this same period Home Depot stopped opening stores and focused on retail fundamentals (i.e. merchandising, customer engagement, operating efficiency and supply chain) while Lowe’s opened stores and expanded internationally ― all with a lack of focus and management accountability.

The result of the divergent strategies is best illustrated in the charts below, with Home Depot significantly outperforming Lowe’s in sales per square foot (LHS), i.e. core retail operating metric, while improving their profitability (RHS) at the same time.

Then in March 2018 something piqued our interest in Lowe’s.

The board of directors could no longer ignore the stark difference in operating performance between their company and Home Depot and they set out to replace the senior management team. Marvin Ellison was appointed CEO in July 2018 which for us was a game changer, although not enough of a game changer to invest quite yet.

Why was Marvin’s appointment significant? Marvin had spent 12 years at Home Depot and left in 2014, having just missed out on the CEO position. However, while still with Home Depot he was instrumental in the turnaround of the business and specifically the growth of the highly profitable Pro segment.

We then started tracking and vetting his appointments at Lowe’s over the next six months, his two most important hires being the Head of Merchandising and Head of Stores. Both new hires were experts in home improvement retail as Home Depot veterans who had worked closely with Marvin during his tenure at the company. Furthermore, Marvin was able to attract talent from leading retailers like Walmart (supply chain), Target (IT/Technology) and CVS (Finance), all of whom made sweeping changes at Lowe’s after joining.

So, this raised the question, why would they join an underperforming retailer? Our view was that the opportunity seldom arises to work in an attractive industry where the ability to make a difference to many groups (i.e. customers, employees, and shareholders) is so substantial. Lastly, the opportunity to work alongside a leader whose style embodies empowerment and accountability (both of which were lacking at Lowe’s) is rarer than we would like to believe ― and was therefore a big drawcard for driven executives.

With the team in place a strategy was presented to investors in December 2018. They set out a plan to:

The question was whether the management team would work as a cohesive unit and execute on the strategy. We tested the strategy with industry experts and observed for the next six months as management went to work. After clear evidence that this was a demonstrably cohesive team who were successfully executing against their strategy, we invested in July of 2019.

Since that strategy was presented to investors in December 2018 management has improved the operating margin by 210bps to 10.8 per cent, putting them in striking distance of the 12 per cent margin target they set for themselves over a medium-term time frame.

Importantly, customer satisfaction and employee engagement scores are only improving. They have achieved this by focusing on the retail fundamentals, just like Home Depot started doing in 2008. It is fair to say management is simply using the Home Depot “playbook”, as it worked very well. Pleasingly, they also updated their strategy in December 2020, setting a new sales per square foot objective and a 13 per cent operating margin target (as shown in the charts below).

One would be remiss not to discuss the impact of the COVID-19 pandemic on the home improvement sector and Lowe’s. The sector has been a significant beneficiary of the COVID-19 pandemic, first benefitting from being designated essential services which allowed them to stay open as other retailers were forced to close their doors. This allowed Lowe’s to capture share of the consumer’s wallet as they consolidated shopping trips.

Furthermore, work from home arrangements (which remain firmly in place in the US) coupled with the inability to participate in other leisure activities such as travel, sporting events, concerts etc. has seen the homeowner shift a significant share of their wallet to DIY home improvement, resulting in both Lowe’s and Home Depot delivering unprecedented growth in 2020.

Reflecting on Lowe’s FY20 revenue growth of 26 per cent, we take comfort that management actions taken in 2019 and through 2020, put them in an effective position to capitalise on the strong demand which would have otherwise been missed ― they could not have been put to a sterner test.

We also believe that with limited choice, when most retailers were forced to close, customers who had given up on Lowe’s or who might not have traditionally visited their stores did so ― and were pleasantly surprised to find a store that was better merchandised and provided a better customer experience. The influx of new customers allowed Lowe’s to build customer loyalty and create potential for repeat purchases.

With tough comparisons and such a large share of the consumer wallet being unsustainable, it’s reasonable to expect 2021 to be a tough year from a revenue growth standpoint. However, taking a through-the-cycle investment approach, the opportunity for Lowe’s to continue to take share when growth normalises and improve their margins remains compelling, given today’s valuation and the management team currently in charge.

Claremont Global is a high conviction portfolio of value-creating businesses at reasonable prices. We consider ourselves true stock-pickers and look to avoid owning businesses that depend on a benign or favourable economic environment. Stay up to date with all my latest insights by clicking the follow button below.

........
The information in this article is general information only and is not based on the objectives, financial situation or needs of any particular investor. In deciding whether to acquire, hold or dispose of any product you should obtain a copy of the current Product Disclosure Statement (PDS) for the Fund and consider the appropriateness of it having regard to your own particular circumstances, objectives, financial situation and needs. The Evans and Partners International Fund (“Fund”) is issued by Equity Trustees Limited (ABN 46 004 031 298, AFSL 240957) (“Equity Trustees”) as the responsible entity for the Fund. References to “we” means the Evans & Partners International Equities Team. A copy of the PDS is available at www.evansandpartners.com.au
save

Andrew is South African born and has 12 years industry experience. He spent six years with Foord Asset Management (“Foord”), a boutique South African and global equities investment firm where he was Senior Research Analyst and Head of...

Get investment ideas from Andrew Coultas when you sign up to Livewire Markets.