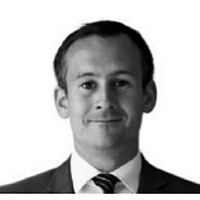 This year has proven to be a challenging one for investors as markets have been plagued by extreme volatility in the wake of the spread of COVID-19 and the global response. Most investors were taken by surprise as sentiment shifted from what was seen as a Chinese issue to one that clearly extended beyond China’s borders and to other key developed markets. Equity markets fell sharply but other asset classes were not immune as panic selling took hold in early March. We have subsequently seen a strong rally as markets have been calmed by signs of a peak in the virus and a flood of monetary policy and fiscal support.

In this article, we look at past market conditions and discuss what investors may need to do if they are to effectively time the market and end up with a superior outcome to a buy-and-hold investor. We find that there is a very narrow window of time to make a market exit and re-entry call, suggesting that market timing, while not impossible, is very difficult.

Why are investors frequently tempted to time the market?

Periods of extreme market moves tend to lead to attempts to time investment markets—this is true for both record-breaking bull runs and sharp corrections, which has led to frequently asked questions about the best time to pick an exit and now entry point. Charts, such as the one below, which shows the performance of the S&P 500 index over the last 30 years, have prompted some investors to position for a crash for several years, missing significant gains (both capital and income) before the recent market declines. Human nature makes it tempting to look at this S&P 500 index chart and predict the path ahead. But history reveals that it is actually very difficult to predict this. If we look at the same data in late 1997 (where the blue line terminates on the chart below), we are challenged by a familiar situation, and were vulnerable to ‘calling the top’ of the market. Yet, in that instance, an investor who exited at that point would have been too early, missing out on an additional 57% return over the following three years (as the orange line reveals on the chart below). The message here is that it is difficult to predict the future. How an investor behaved through the ensuing dot com bust of the early 2000s would have been equally as important as when they called the top of the market. This is a very important point—timing the market involves making two correct decisions: when to get out and when to get back in again. Getting either decision wrong materially reduces the potential upside from perfectly timing the market, particularly given pre- and post-crash markets are typically very strong.

The key question is: how right does an investor have to be to beat a buy-and-hold investor who stays invested in the market over the long term?

Can it be done?

Various studies have shown that timing the market is not an easy endeavour.

· Analysis from UBS (based on the S&P 500 index) found that, since 1928, an investor who was able to consistently exit the market 10 months prior to the peak, and then re-enter 10 months after the trough, was no better off than an investor who had simply stayed the course. And that doesn’t factor in trading costs and tax implications.

· These findings were echoed by our own analysis, which investigated S&P 500 market corrections over the last 30 years. We found that an accuracy of better than 10 months in every cycle would be required to turn a profit from exiting and re-entering the market.

· Firetrail Managing Director, Patrick Hodgens has previously noted that (excluding the GFC) there had been 16 other episodes in the past 25 years where Australian equities experienced more than a 7% drawdown. According to Hodgens, although it is lucrative to time exit and re-entry to the day, it is also near impossible. Being one month early and re-entering one month late delivered the same result as being fully invested during the period. Dollar cost averaging is another commonly discussed form of market timing. This strategy involves staggering entry into a particular market over a period of time, rather than investing as soon as the funds are available. We have compared two investment strategies using Crestone’s growth strategic asset allocation (SAA). The first sees an investor implement his or her entire portfolio on day one, while the second strategy sees an investor implement the portfolio in 12 equal tranches over the course of a year. Using rolling 10-year periods starting in January 1990 and ending in the 10 years to 31 March 2020, we found that, on average, the investor who implemented the portfolio immediately was 0.2% per annum ahead of the investor who employed the dollar cost averaging strategy. Furthermore, the dollar cost averaging strategy was worse off approximately 70% of the time. Similarly, in 2012, Vanguard Investments also found that “on average…a lump sum investing approach has outperformed a dollar cost averaging approach approximately two thirds of the time, even when results are adjusted for the higher volatility of a stock/bond portfolio versus cash investments”.

The above findings are intuitive since investment markets have outperformed cash over time. Assuming an investor expects this trend to continue and is comfortable with their SAA, the most sensible strategy is to be invested as soon as practically possible.

The importance of strategic asset allocation

Timing the market is difficult. And the merits of dollar cost averaging, another form of market timing, are less certain. Further, market timing (in contrast to dynamic tactical asset allocation) stands at odds with one of the most important tools for long-term investors, which is the discipline provided by SAA.

In establishing an appropriate SAA, we take a step away from the pitfalls of behavioural investing and are, in effect, pushed towards maintaining a diversified portfolio that trims profitable positions and tops up the underperformers. This is particularly relevant when we see sharp market moves, such as the recent equity market sell-off. As equities fall, their weight in the portfolio declines and therefore moves away from the target allocation, prompting disciplined investors to rebalance portfolios towards the long-term target by topping up equity holdings.

Following the process of disciplined SAA, in effect, means that we are buying low and selling high. It also allows the interaction of typically inversely correlated asset classes (such as equities and bonds or alternative assets) to provide the buffer in returns when risk appetite dissipates, and vice versa. Without this structure the emotions involved in making buy and sell decisions, particularly at times of market dislocation, are both uncomfortable and also unwelcome, and often lead to sub-optimal portfolio positioning.

The benefits of a disciplined buy-and-hold approach

The strong market run has prompted questions around market timing in recent years and the sharp sell-off in early 2020 raises the question of whether we have seen market lows. The outlook for markets is uncertain and its impossible to say whether those attempting to time markets should now be investing. However, a look at past market corrections suggests that it is very difficult to profit from attempts to time the market. The requirement to pick both the peak and trough with greater than 10-month accuracy every cycle, and an even narrower window once trading costs and tax implications are considered, remains challenging. Dollar cost averaging is another form of market timing, and we find that an investor has been better placed to be invested as soon as practically possible rather than spread the investment over time. Over the long term, we believe that a disciplined buy-and-hold approach, provided by an appropriate SAA, will best serve investors looking to achieve optimal risk-adjusted returns.

J
John Creighton
21st Apr, 20
Why doesn't the market (supposedly forward looking and trend aware) take into account the collapse of profitability from onshoring of industry in the coming abandonment of Chinese reliance? Steel production for starters. Chemical and Pharmacy for seconds.

Get investment ideas from Rob Holder when you sign up to Livewire Markets.