There is no reason to doubt the old investing adage - never put all your eggs in one basket. Even Cathie Wood, who was featured in yesterday's 13F series installment, doesn't have all her clients' money in Tesla. Far from it, actually. 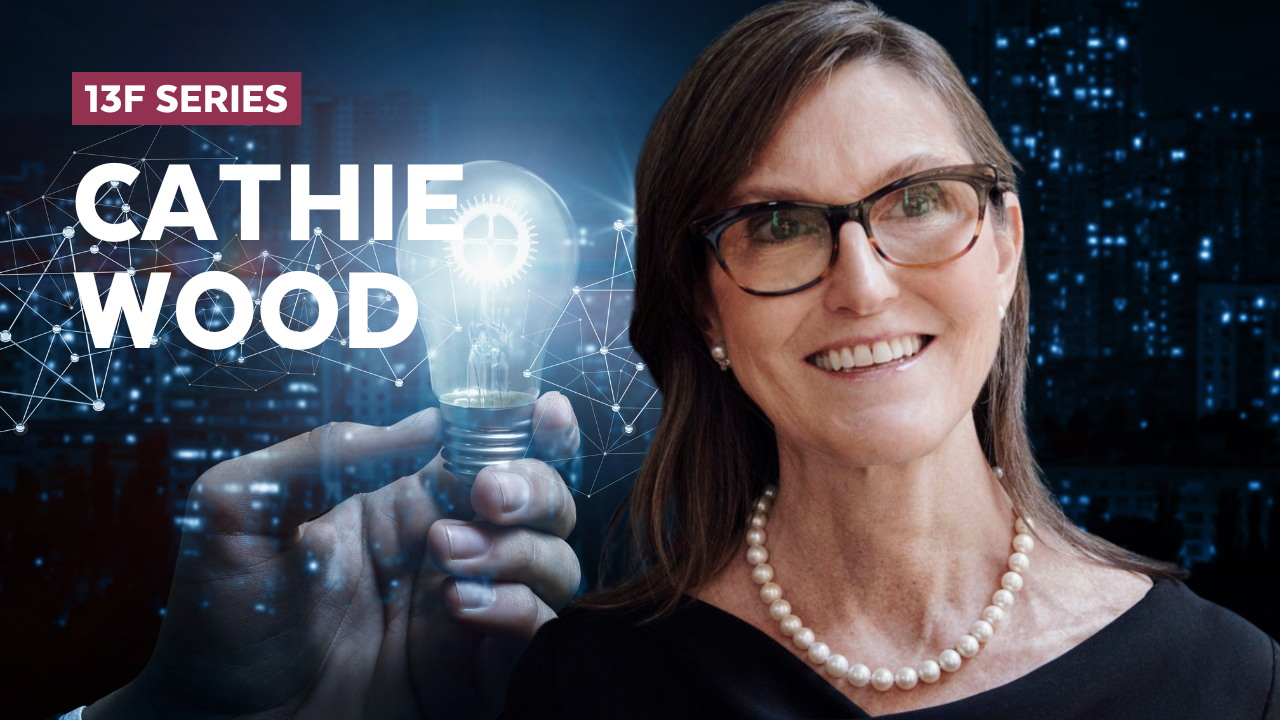 But that truism seems to have wholly bypassed Michael Burry. Burry, the one-time pre-medicine graduate, had a secret hobby outside his time as a pathology resident at Stanford University - investing. He has since become famous for his bet that the Global Financial Crisis would start in the US subprime mortgage market. The story is the subject of the hit movie The Big Short.

These days, Burry manages his own money but his moves still make headline news. That's why we're including him as the first of our two new featured people in the 13F Series. In this wire, we'll look at his background and some of his previous track records. Finally, we'll tell you about the one holding he now currently has. That's right, he now just has one holding because he sold the other 11.

I've already mentioned that Burry's background in investing stems from his time in medical schools across California. But when he departed a career path in medicine, he took on running his own hedge fund. Scion Asset Management was built on a strictly value-oriented approach. In fact, Burry was once quoted as saying that all his investments are built on the "margin of safety" principle.

Then, in 2005, he shifted his strategy to the housing market - arguing the real estate bubble was doomed to burst. His research was enough to persuade Goldman Sachs and others to sell him credit default swaps against vulnerable mortgage packages (MBSs). That trade netted him $800 million for clients and himself.

His most recent "big short" likely left him with a fresh batch of enemies, given it was against the soaring share price of Tesla. In December 2020, Burry initiated short positions in the company and built those positions over time. Eventually, the crowd won and he took off the shorts in late 2021. He did, however, place a US$31 million short bet against Cathie Wood's ARK Invest ETF but now that has also been taken off.

Burry's changes at a glance

It's what he sold that counts

As you can tell, Burry was very keen to let go of a lot of holdings last quarter. From Apple to Alphabet and local TV station owner Nexstar, Burry was hitting the sell button plenty of times. So why was he so trigger-happy? Burry's tweet (since taken down) may have something to do with it:

In short, he reckons that retail earnings are the story to watch given overflowing inventories could lead to a material reduction in inflation. And of course, slower and lower inflation will lead to a pause at the Federal Reserve. Of course, this is all good news if it pans out but Burry is quick to remind his 1M+ followers on Twitter that nuance is key:

The one stock that is in his portfolio is a new stake, and it's one that's puzzled more than a few people. The Geo Group (NYSE: GEO) is a company that provides private correctional, detention, and treatment facilities across the globe. The Florida-based firm has most of its facilities across the American south (Texas, Florida, and California specifically) but it also owns three small correctional centres in Australia (two in Victoria and one in New South Wales).

Two things are worth noting here:

This means that, for all we know, GEO Group may be his long bet but Burry may have many smaller or unknown short bets in the background.

Burry often takes down his tweets a short time after publishing them. But this tweet (now deleted but saved on an automated archive) may sum up how he generally feels about the market:

If he's right, then his one-stock bet may suddenly make a whole lot more sense than we first thought.

Tomorrow, we'll conclude our 13F series with Oaktree Capital's Howard Marks. Although Howard is more well-known for his investing philosophy discourse, Marks' fund still owns more than 380 equity and managed fund holdings. We'll take a look at the holdings, what's changed, and more importantly - marry it to his long-term thesis.