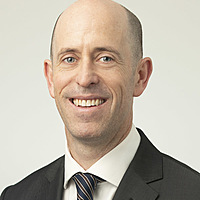 Whilst a large amount of investor focus continues to be channelled into the red hot technology sector, one stock operating in the mining services/aviation sectors, that we believe continues to look interesting, is Alliance Aviation Services (AQZ).

Alliance Aviation Services (AQZ) commenced operations in 2002 and listed in December 2011 at $1.60 per share and since then has built up a proven track record of flying workers of the major mining companies to and from work (remote mine sites across Australia), both safely and on time, which are key performance metrics for the company. AQZ currently has a fleet of 42 aircraft, however this will increase to ~56 in the coming months following its recent purchase from US based Azorra Aviation (discussed later). AQZ’s senior leadership team is impressive and has been very stable. Current CEO Scott McMillan held that position at the time of IPO and has now spent 18 years with AQZ. Scott was a founding shareholder, as was current Chairman Steve Padgett.

AQZ has a fantastic track record of retaining clients and contracts (with initial term usually up to 5 years) typically tend to be quite long term, with the average contract life over AQZ’s history being ~12 years.

AQZ has a number of characteristics that we look for in a business, namely:

The Corona Virus has not been all good news for AQZ however, with its tourism business being essentially cut to nil for the foreseeable future. In addition, AQZ’s Wet Lease agreement with Virgin has essentially stopped with minimal activity expected in FY21.

The aviation sector domestically and globally is severely distressed, with AQZ being one of the few aviation players currently profitable. This unusual situation was always likely to be positive for AQZ and to that end in June, the company announced a capital raising for just under $100m. The rationale for the raising was to provide funds for a range of growth initiatives including: opportunistic acquisition of aircraft from distressed aviation participants, providing services to new customers (eg resources, domestic tourism, regional councils), and Wet Lease services to Australian carriers for regional flights.

The main risk for the business has always been any incident or accident that saw clients lose confidence in AQZ either regarding timeliness/reliability or safety wise. Given AQZ’s track record since 2002 we are confident with their performance on this issue. Other risks include deterioration of the profitability (and activity) of its mining clients however this is mitigated by virtue of the client base being mainly large cap miners in production (not exploration).

The fund first invested in AQZ in June 2017 at around 90 cents and has been one of our best performers since inception. Clearly AQZ is not nearly as cheap as it has been in recent years, however following what looks to be an accretive and sensible deployment of the proceeds from the recent raising, the stock looks attractively priced on 2-3 year timeframe in what continues to be an uncertain domestic economic environment.

........
Glenmore Asset Management Pty Ltd (“Glenmore AM”), [ABN 87 608 172 014 (AFSL 485 588)] believes the statements contained in this document, to the extent it is aware, to be reliable & accurate at the time of its production. However, the information in this document is general in nature and does not take into account your personal circumstances, financial needs or objectives. Statements contained in this document are not general or personal advice and should not be considered as a recommendation in relation to an investment in the Fund or that an investment in the Fund is a suitable investment for any specific person. You should seek independent financial/legal advice and read this presentation in conjunction with the relevant Information Memorandum available on our website prior to acquiring a financial product.\nGlenmore AM, its directors and employees do not accept any liability for the results of any actions taken or not taken on the basis of information contained in this document, or for any negligent misstatements, errors or omissions.
save

Robert is the founder and Portfolio Manager of Glenmore Asset Management, which commenced in 2017. The Glenmore Australian Equities Fund is a long only fund focussed on investing in high quality businesses for the long term.

Get investment ideas from Robert Gregory when you sign up to Livewire Markets.