NIKE – The Greek goddess of victory (and innovation!) 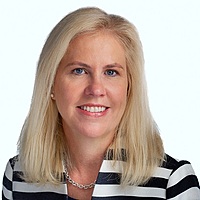 Nike (NYSE: NKE) is the global athletic market leader selling footwear (~60% of sales), apparel and equipment across all regions of the globe (~40% North America, ~25% EMEA, ~20% Greater China, ~10% APLA). It dominates many sporting categories, from basketball to running while continuing to grow strongly in others, from football to tennis. It has done this by spending on sponsorships and sporting activities from grassroots to Olympics and World Championship/ World Cup levels, capturing the hearts and minds of consumers by being seen worn by the world’s best athletes. This “demand creation” expense is its major competitive advantage – its scale allows it to persistently outspend competitors.

In mid-2017, Nike announced its Consumer Direct Offense - a strategy it called “Triple Double”: its intention – to ‘double’-down on its:

Three things which expand its differentiation and leadership. In late 2019 John Donahue (ex eBay) stepped into the CEO role bringing his capabilities in e-commerce and consumer direct. In simple terms, the strategy means Nike can sell the same product direct to its customers instead via other retailers and in doing so:

So far, the shift has been a resounding success. While initially Covid-19 looked like it would hurt Nike’s business as stores globally were closed, instead it has fast-tracked the strategic shift to its benefit. We believed the market was misunderstanding this opportunity and so held through the shorter period of lost sales in 2020, and significant downgrades of Nike’s expected earnings, and built our position. The proof came at the end of June, when Nike reported a blowout 4Q21 result, even with the short-term impact of boycotts in Greater China, delivered a high-quality earnings beat (93c vs. consensus expectations of 51c).

More importantly, it raised it longer term outlook for revenues, gross margins, profits and cash flows materially as the strategy has been accelerated by the Covid-induced changes in people’s buying behaviour and Nike’s ability to pivot quickly.

Nike was without doubt a winning franchise even before Covid-19 changed the world forever. But we believe Nike’s strategy and superb execution through these difficult months has further strengthened the quality and competitive advantage of this company. The shift to digital and direct will continue allowing Nike to capture much more of the value of its franchise. While expectations have been recalibrated higher since the 4Q21 result, we believe there is still significant upside to our investment in coming years as the market does not yet fully appreciate the transformation underway.

Alphinity – Investing in quality companies in an earnings upgrade cycle

Nike is all about healthy living, healthy lifestyles, and empowering people through sport. As a brand they are well known for their ‘just do it’ slogan and breaking down barriers, sometimes controversially, for the inclusion of minority groups through their advertisements and products. They were the first major sporting brand to create a pro-Hijab product, allowing Muslim women to feel comfortable playing sport. They were also criticised in Japan for an ad campaign which shined a light on racial inequality and the importance of sport for inclusion.

As a large global player, with an appetite for pushing the boundaries, it’s not surprising that sometimes they get in some trouble with the media. It’s also not surprising, that they sometimes make mistakes. In 2019 they were criticised for contract conditions that did not support female athletes who wanted to start a family.

Within 6 months of this issue hitting the news, Nike had publicly apologised and made the appropriate changes to their policies. This is just one example but is indicative of the typical Nike response to mistakes and controversies – forward leaning, responsive and responsible.

Nike’s most significant ESG risk is related to supply chain. Nike sources finished goods from 38 countries and regions, and from 477 factories who employee more than 1,055,997 workers globally. This number is mindboggling when you think of the amount of supply chain oversight and management that’s needed manage human rights, modern slavery issues, as well as improving the overall environmental footprints of raw materials farming and production like cotton. Nike are well regarded as leaders in supply chain management and in 2005, well before any Modern Slavery regulation came in place, they were the first company in their industry to disclose their factory base publicly. Although Nike have been proactive in trying to manage supply chain risks, this does not mean they are not exposed. For example, in 2017 there was a mass fainting incident at a factory in Cambodia due to the long hours and working conditions. Nike have now put in place additional measures and controls to avoid this in future.

Based on their efforts, we consider Nike to be a global leader in supply chain management and is leading the industry to improve overall working standards for factory workers worldwide.

Late in 2020, Nike made headline news when the Chinese population began boycotting their stores due to a statement against forced labour in the Xinjiang region. Their stance against the Chinese Government’s treatment of the Uyghur people, in the regions’ vast cotton farms, has caused some of the Chinese population, including celebrities and influencers, to boycott western brands, both instore and online. This issue kicked off in March 2021 and is still ongoing. We expect this will continue to escalate and we will be monitoring the issue closely.

Nike also has an opportunity to improve the overall sustainability of sporting fashion, apparel, and goods, and improve the standard of the industry. Nike is on the journey towards zero carbon and zero waste and are already making headway to reduce the footprint of their products.

Nikki is a Global Portfolio Manager of Alphinity Investment Management. Her focus is on the Consumer Discretionary and Industrials sectors, as well as portfolio management oversight. Nikki was previously Portfolio Manager and Head of Research at...

Get investment ideas from Nikki Thomas when you sign up to Livewire Markets.