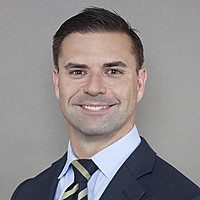 The merger announced today between Nine Entertainment and Fairfax Media is the most recent instance of corporate activity in a rapidly consolidating Media sector. The combined group will combine Nine’s free-to-air TV network, a portfolio of digital businesses (including listed property portal Domain, the Stan streaming business and the 9Now digital platform), Fairfax’s mastheads and a 54.5% stake in the Macquarie Media radio business. On the closing price today Nine is paying an 11.0% premium to the last closing price for Fairfax pre-deal of 77c, with the Fairfax Board endorsing the deal.

Fairfax is an attractive business

Investors Mutual identified Fairfax as owning an attractive mix of established and growth businesses run by a very capable management team which were undervalued by the market. Under the stewardship of CEO Greg Hywood, Fairfax has been able to sustain the value in its core mastheads and monetise these properties by creating new businesses adjacent to this core, such as Domain and Stan.  The value and growth on offer in the Domain business for example, was highly attractive and yet undervalued by the market when we acquired our position in Fairfax.  Fairfax had the characteristics we look for in companies, having a competitive advantage in content creation and a capable management team which was trading at an attractive price with the ability to grow earnings over time.

As a shareholder in Fairfax, we believe that this is a good deal. Investors Mutual highlighted the possibility of a potential merger between Nine and Fairfax our ‘Takeover Fever’ wire back in December. In that piece we argued that a merger made good industrial logic, enabling the achievement of significant content and production savings, allowing for better monetisation of the still valuable Fairfax mastheads, while also giving Nine ownership of Fairfax’s 60% stake in the Domain online property portal.

In an endorsement of our arguments, Nine is looking to the merger to deliver upwards of $50m in cost synergies over time. We would be surprised if the final quantum of cost savings was not somewhat larger than this. In addition, Nine is looking to tangible revenue growth opportunities through combining content, brands, audiences and data across both businesses. This includes accelerating the growth and reach of Domain, as well as incremental investment across FTA TV, video-on-demand services and digital.

Where to from here for the Media sector?

The merger between Nine and Fairfax comes hot on the heels of the proposed acquisition of APN Outdoor by suitor JC Decaux, the Ooh!Media offer for Adshel and, of course, the recent CBS acquisition of the distressed TEN Network.

Given the disruption facing traditional media, scale is becoming all important. It is likely that we will see additional consolidation in the Media sector over time. There are limitations as to what can be transacted however. Despite the recent repeal of some media ownership laws, the “5 and 4 voices” test (which requires 5/4 independent media voices in metro/regional markets) and the “one to a market/two to a market rule”  (which requires that no one person can hold more than one TV licence or two radio licenses in a market) preclude concentration of media voices and ownership in metro and regional markets beyond a reasonable point. For those players yet to make a decision, the opportunities are becoming limited.

Another media target that makes sense

In our opinion Southern Cross Media would make a highly attractive target for others in the industry.  A tie up with a TV operator, for example, would combine TV content and digital assets with Southern Cross’ dominant position in both Metro and Regional Radio, as well as its Regional TV business. There would be material potential cost savings across Production and Sales, and talent synergies across Television and Radio. There would also be the potential for revenue synergies as well.

Southern Cross is a business that is growing revenues and developing a strong moat around its regional businesses. The ability of the radio business to underwrite strong and recurring cash flows is a highly attractive feature for potential acquirers. The current Southern Cross share price, in our view, factors none of this in.

We believe that markets are not fully efficient and there will be times that a company’s share price will not reflect what we believe to be that company’s true underlying value. Find out more

While the information contained in this article has been prepared with all reasonable care, Investors Mutual Limited (AFSL 229988) accepts no responsibility or liability for any errors, omissions or misstatements however caused. This information is not personal advice. This advice is general in nature and has been prepared without taking account of your objectives, financial situation or needs. The fact that shares in a particular company may have been mentioned should not be interpreted as a recommendation to buy, sell or hold that stock.

In his role at Investors Mutual, Marc assists Simon Conn in portfolio management responsibilities of all three Small Cap Funds and covers small cap stocks. Marc joined the funds management industry in 1999 and is a CFA Charterholder.