Our UK Trade leading in to the Brexit Vote 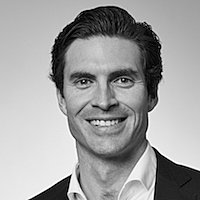 A poll came out in recent days showing a 55 to 37% lead for Britain to "stay" in Europe. I think that when the vote does come, it will be much closer. It is a safe call to predict they will "stay". The uncertainty of Britain not in the EU plays in favor of that, as it has before in Scotland and Quebec. But, Prime Minister Cameron has done a weak job of making the economic argument convincing, and an attachment to Europe looks worse and worse each day, with their growth malaise, weak demographics, periphery debt concerns, lack of leadership and huge reliance on Germany making for a Brexit (Britain exiting the EU) a stronger probability than those recent polls suggest. The Brits are feeling a security issue with regards to the refugee situation. Whether or not there is a security issue is a whole other story, but they are feeling it. The refugee situation will continue and I think this will be a... Read more... (VIEW LINK)