Out of favour, lots of flavour 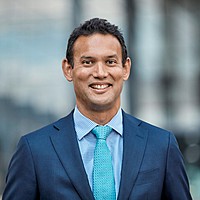 Last year we called out the compelling value in Sirtex, which had been through a very rough patch. Livewire asked us to review our thesis on the stock, which has more than doubled since, and to scour today’s market for an out-of-favour stock with attractive risk-reward characteristics.

What did the market get wrong?

Before writing about Sirtex, we had followed the company but never invested due to a poor risk-reward equation. The market ascribed considerable success from major trials for the liver cancer treatment when there was little such certainty. The trial results as everyone now know disappointed, however, this as we discovered was largely because they were rushed by a management team focussing on short-term share price gain.

However, there was a silver lining to the results, in that even though there was no extension of life beyond conventional treatments, the quality of the life for a patient using SIR-Spheres was much better. Our research and contacts indicated the US market was positively disposed to the product and that it would eventually displace chemotherapy in the salvage market and have greater use as a first-line treatment. This would mean it could increase its penetration from mid-single digit to much higher levels over time. Given the company was highly profitable at mid-single digit market share and had very high gross margins, any volume increase would deliver increased value to shareholders. When we first established a position in the company in early 2017 at a share price in the $12-13 range it was trading on a pre-tax free cash flow multiple of only 10x, essentially it was a growth company on a value multiple! These are a rarity in the Australian market where any company with a hint of growth whether illusory or not trades at radically higher multiples.

When we first established a position in the company in early 2017 at a share price in the $12-13 range it was trading on a pre-tax free cash flow multiple of only 10x, essentially it was a growth company on a value multiple

A 142% gain. Subsequent to our investment, the company upgraded profit guidance due to stronger than anticipated volume growth and cost efficiencies. In early 2018, it was subject to a takeover from Varian Medical Systems at $28 per share. This appeared a knockout bid, but in a last minute move, it was bested by a Chinese private equity group called CDH Investments with an all-cash offer of $33.60 per share. We exited our position at an average price in excess of $29 per share due to concerns with certain conditions precedent to CDH’s offer.

Currently, our best risk reward opportunity is Class (CL1.ASX) which has fallen out of favour due to decelerating growth for its core SMSF software product due to some increased competition from the incumbent and growth off a larger base. In just under 10 years, Class’s cloud software product has grown from 0% share to 27% of the SMSF market as measured by number of portfolios, remarkable growth that we believe illustrates the superiority of its product. In the past year the number of SMSF portfolios using Class still grew at 16% and its retention rate was 99.5%. Essentially the latter a testament to the quality of the product in that anyone that uses it rarely leaves.

Whilst there are some pressures on the overall SMSF market due to regulation changes, we believe this to be temporary as the cost of managing SMSF’s continue to decline, and more sophisticated superannuants continue to want greater control over how their investments are directed. Given Class’s scale and profitability we believe they have a substantial advantage to further grow their market share as they have greater financial capacity to invest in the product than their key competitors. Additional market share given the high retention rate adds significant long-term value to shareholders.

Where the value really lies

The real sleeper for Class is ‘Class Portfolio’. We believe this could be even more valuable than the core SMSF product as it is potentially disruptive to the platform space. It uses the same architecture as the SMSF product and is essentially being leveraged into the family trust market. It’s a much cheaper alternative than the platforms given it’s a flat fee of approximately $150 pa versus an asset-based fee for platforms (e.g. 0.15% on $1m balance equals $1,500 pa) and has no hidden charges. It provides consolidated reporting, allowing dealer groups to access wholesale rates and return any savings to clients versus the current dynamic where platforms keep the most of that benefit even on the cash management aspect of client accounts.

Whilst Class is optically trading on a high multiple at 19x pre-tax free cash flow this includes significant product investment that is categorically delivering long-term value. In fact, Class is one of those rare technology companies in the Australian market that is not conceptual and generates substantial cash flow after all capital expenditures. Most of its highly rated listed peers generate very little free cash flow after capital expenditures and yet have huge valuations ascribed. On a relative and absolute basis, we believe we are getting a true bargain. We believe in the long term our patience will be amply rewarded.

LIVEWIRE FUND PROFILE
Spheria: Spheria Australian Microcap
Never miss an update
Get the latest insights from me in your inbox when they’re published.
save

Matthew Booker is a portfolio manager at Spheria Asset Management and is a co-founder of the firm. He has managed small company portfolios through volatile market cycles for over 15 years and has established a strong track record for generating...

Matthew Booker
4th Oct, 18
Thanks for inviting me to write an article. Go livewire!

James Marlay
4th Oct, 18
Thanks for taking the time to share your thesis on Class, hopefully another good result for the fund.

Get investment ideas from Matthew Booker when you sign up to Livewire Markets.