Overnight the Ukrainian situation was ignored in large 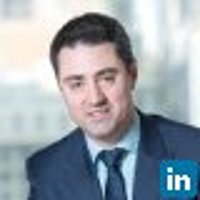 Overnight the Ukrainian situation was ignored in large. However, it is a conflict waiting to ignite. The biggest development is interim president Oleksandr Turchynov announcing that the country will vote on a national referendum to turn the republic into a federation. This is a massive change in tact from the Ukrainian side as this is the vote that Russia has been pushing for. It has the prospect of dividing the country straight down the middle. The ethnic Ukrainian west and the ethnic Russia east continue to taunt each other with political vitriol which could see a clear divide. The questions become does eastern Ukraine vote for annexation like Crimea and join the Russian Federation, or does it vote to join the new Ukrainian Federation and somehow get the Russian ethic population to accept this? In short, further conflict in the country is a certainty watching gold, EUR, DAX, ruble and Micex (VIEW LINK)

Evan joined us from RBS Morgans and has been working in financial markets and the banking sector for over four years. He started his career in Amsterdam with the former ABN AMRO, transferred to The Royal Bank of Scotland and then moved back to...

Get investment ideas from Evan Lucas when you sign up to Livewire Markets.