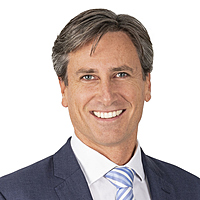 It hardly seems like a few of weeks ago that we were considering the imminent spread of COVID-19 outside of China and to the rest of the world. While the reaction of investors, households, corporates and governments was hard to predict, one thing that was predictable was the exponential growth in virus cases outside of China. This was because governments had barely taken steps to slow the virus, outside of shutting down travel from China where it was largely contained, let alone effectively test for it. The exponential growth that we were observing in new cases at the start of the month has continued. The number of new cases at the start of the month barely registers on the chart, highlighting the impact of that exponential growth. Governments around the world have announced a variety of social distancing measures, ranging from the banning of mass gatherings and restrictions on inbound travel to a complete lockdown of the country in line with Wuhan. The experience in Wuhan shows that drastic social distancing measures are effective in containing the spread of the virus, but it will be at least a week before we see any moderation in cases numbers. This is for countries such as Italy, France and Spain that have moved to complete lockdown.

It is less clear how the more measured approaches seen in Australia, the US and many other parts of the world will slow the spread of the virus, although these countries are rapidly increasing their responses.

As we foreshadowed a few weeks ago, governments are now facing the difficult choice of balancing an overwhelmed healthcare system and a significant loss of life, with significant disruption to the economy and a recession. Not surprisingly, governments have reacted to increasing infection and death rates by progressively restricting human interactions, which has a huge economic cost. Many parts of the travel, tourism and education industries are plunging into deep recession. The flow on effects to the economy through weaker employment, income and aggregate demand will also be material. The only exception to this trend has been in the UK briefly, and the Netherlands where they’ve looked to keep the economy running and isolate the most at risk group, being over 70’s. This approach may be the best in theory, but is higher risk and could lead to sharply higher death rates if ‘at risk’ groups aren’t effectively isolated.

There is still some hope for a way through this crisis. Containing the virus quickly, developing effective treatments and keeping people employed will be key to a good outcome. Some of the panic around the world, as well as social distancing measures introduced by governments, will help to slow or even contain the virus. Governments have been a little slow to act, but in reality, have done as well as could be expected. They’ve also acted early in recognising the need for fiscal stimulus to support the economy and jobs while central banks have moved to aggressively cut to near zero where they were still positive.

Moving out of lockdown and back to normality as quickly as possible will be key to limiting the collateral damage to the economy.

We are not optimistic about a positive outcome though. While governments are taking strong action to contain the virus, risks to the economy are now also mounting exponentially. Shutting down industries such as tourism, travel, restaurants, bars, conferences, education and others will have a significant impact on employment. This then feeds through the economy in the form of lower income, consumption and aggregate demand. Small businesses start closing and credit defaults go up, threatening the stability of the financial system. Interest rate cuts and Quantitative Easing (QE) can do nothing to prevent this. Fiscal stimulus will benefit, but the extent of the problem is at least an order of magnitude beyond what has already been announced. Bank funding for small business sounds like a good idea, but are banks really going to write unsecured loans to small businesses facing insolvency? If so, do you really want to be a bank shareholder? At some stage, politicians are going to need to make some tough calls about the level of coronavirus deaths that will be tolerated. These stresses in the financial system are already apparent as US investment grade credit spreads move back up to levels not seen since the GFC.

Another area of curiosity in markets is the reaction of the bond market. While the equity market has cratered, bond yields have reversed course and started moving higher. Given policy rate cuts to near zero, this has steepened yield curves in the US and elsewhere. The following chart shows that US yield curves inverted and then steadily steepened leading into and through the GFC.

We are seeing a similar steepening of the curve now, but in this case 10-year treasuries yields are actually rising, whilst they were still falling right through the previous steepening cycle until the end of 2008. This was just before the bottom of the equity market as well. Cash rates were coming from much higher levels, so the yield curve was steepening as the Federal Reserve cut interest rates rapidly and moved to a more accommodative policy position. The short end simply fell faster than the long end.

The current case of the short end falling towards zero and the long end starting to rise is more difficult to interpret.

This could simply reflect the bond market being more sanguine about the economy in the longer term and pricing in a recovery of activity down the track. While the bond market moves in different directions to equities at times, this seems a little optimistic given that the world is facing an unprecedented economic shock. Real yields, as measured by inflation linked US treasuries have also shot higher.

This seems more consistent with what we saw during the depths of the GFC following the collapse of Lehman Brothers where markets became dysfunctional. Liquidity pressures saw all asset values fall. Central banks seem to be on top of liquidity measures though, freely pumping hundreds of billions of dollars into the financial system so something else may be at play. Another possibility is that central banks have given up on yield curve control. There had been a belated acknowledgement that flattening yield curves and crunching the profitability of the financial sector was perhaps not the most stimulatory policy tool. Efforts certainly seem more concentrated at the short end to date. Another possibility is that the bond market is pricing in the huge wave of government bond issuance that will be required to finance the enormous deficits that are going to blow out all around the world as governments grapple with the economic shock of locking down economies. Resistance to deficit spending certainly seems to have evaporated and calls for modern monetary theory style policy of direct deficit monetisation will only grow.

While it’s difficult to be definitive about what is driving the bond market, it has significant implications for the style of recovery we experience.

If this is a temporary dislocation and bond yields all head back to zero as the recovery occurs in a broad low inflation environment, then high quality growth stocks are likely to perform well on the rebound.

However, if there is an increasing amount of fiscal stimulus financed by central banks then the world could emerge into a high inflation environment. This could see gold, commodities and leveraged cyclicals be the best performers. A lot depends on the success of containment measures, the evolution of the virus, length of lockdowns and government and central bank responses. Needless to say, we see the world moving into recession, the only question remains as to its duration.

Both the CC Sage Capital Absolute Return Fund and the CC Sage Capital Equity Plus Fund have outperformed their respective benchmarks in the current environment. As at 23 March 2020, the CC Sage Capital Absolute Return Fund has returned +6.98%* month to date and +8.35%* since its inception in 20 August 2019, delivering significant positive returns, uncorrelated with equity markets. This has been achieved by moving quickly to a defensive positioning in the portfolio with an early recognition of the spread of COVID-19 outside of China and the economic and financial impact of shutdown measures that were likely to be used to combat it.

We have been broadly underweight stocks with direct travel and tourism exposure as well as those with financial leverage or exposure to falling cash rates. We have maintained overweights across healthcare, consumer staples and telecommunications where we have some confidence in the ability of companies to maintain or grow profitability.

This strategy has been very successful to date, but there is now an extreme divergence in relative performance as well as an explosion in underlying volatility in the market. We’re focused on controlling this risk and have been steadily cutting gross exposure and locking in some profits in the portfolios.

While we remain defensively positioned, we are also thinking about the shape of the recovery when it comes and see a lot of opportunity to benefit from this. We are currently in the grips of panic and there are likely some dark days ahead, but we have complete confidence in the ability of the human species to adapt and persevere. These challenges will eventually be overcome and another bull market lies ahead of us.

We believe long term value creation is achieved by going deeper into company analysis, balanced with the rigour of an objective process. We provide investors with access to risk controlled, active equity returns through a unique investment process that combines quantitative analysis with deep fundamental research. To find out more visit our website, or click contact below.