PepsiCo's secret weapon is not so sweet 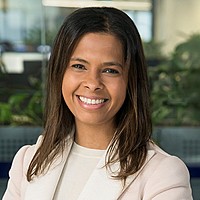 The Super Bowl is the most watched television program in the US each year. One of the products to feature during the 2021 final, where a 30-second advertising slot fetched about US$5.5 million, was the Mountain Dew drink owned by PepsiCo.

PepsiCo generates about half of its revenue from its famous beverage brands, including Mountain Dew, Gatorade, Tropicana, SodaStream and Pepsi-Cola, but they account for only about one-third of the company’s profits.

The 110 million or so Americans watching the US football game were probably munching on the products of PepsiCo’s most prized asset. This is the savoury snacks business that generates the remaining 50% of the company’s revenue, amounting to US$70.4 billion in fiscal 2020. Thanks to the business’s best-in-class operating margins, snacks amount to two-thirds of the company’s profits. The division that includes brands like Cheetos, Doritos, Lay’s and Ruffles and the breakfast-oriented Quakers enjoys about 65% market share in the US, underscoring its dominance.

These salty treats did especially well during the covid-19 pandemic, as even the healthiest among us turned to comfort food when locked up. Before covid-19, PepsiCo’s snacks business had delivered consistent sales growth over the previous decade, thanks to the shift to ‘on the go’ lifestyles and a trend away from three ‘square’ meals per day. Although PepsiCo’s soft drinks division offers lower growth, it is still a valuable asset that plays alongside Coca-Cola in a branded duopoly with rational competitive dynamics.

The brand equity of PepsiCo’s product range is central to the investment case. The company’s true edges here are in innovation and marketing, attributes that are often more important than price in determining market share. The company’s scale and dominance, particularly in the US, puts it in a strong negotiating position vis-à-vis fragmented retail outlets. This gives it strong pricing power and a secure route to market.

Another key advantage is PepsiCo’s distribution system. Unlike competitors that rely on retailers to place their products on the shelves, PepsiCo operates an extensive direct-to-store delivery system in the US, using a truck fleet numbering in the thousands (and one that is larger than that of the US Postal Service). This system gives PepsiCo control of product freshness, presentation, marketing and merchandising at the point of sale. It also enables the swift rollout of new products, and helps to minimise out-of-stocks on high-turnover items. Replicating this expensive infrastructure and expertise would be near-impossible for smaller rivals, which gives PepsiCo an enduring competitive advantage.

Investors are also attracted to PepsiCo’s defensive qualities. In a world where macroeconomic and geopolitical uncertainty is palpable, PepsiCo offers time-tested earnings streams. Consumer staples companies such as PepsiCo have often outperformed the broader market during past periods of upheaval. After a brief initial hit from the pandemic, PepsiCo shares have recovered to reach record highs. We are confident the company’s promising earnings and profit growth will generate superior returns for investors for a while yet.

PepsiCo faces challenges, of course. There are many substitutes for the company’s products and consumers are always keen to experiment. The rise of retailer-led ‘private label’ strategies, e-commerce and ‘guerrilla marketing’ tactics has threatened the power of big brands. The sugar and salt content in PepsiCo’s products mean sales are vulnerable to a shift to healthier eating or government taxes to encourage the same.

In our view, the company’s overall advantages are meaningful enough to overcome these challenges and disruption risks.. We think PepsiCo will generate attractive investment returns for years to come, while proving a safer investment in falling markets.

PepsiCo’s history starts in 1898 when Caleb Bradham, an entrepreneur from New Bern, North Carolina, created Pepsi-Cola and offered the soft drink to customers within his pharmacy, claiming it cured dyspepsia and indigestion.

Bradham obviously knew he had something popular to sell because in 1903 he registered the Pepsi trademark. Taking inspiration from the Coca-Cola Company, Bradham developed a bottling franchise system. By World War I, 300 bottlers had joined the franchise. After the war, Bradham stockpiled sugar to safeguard against rising costs, but in 1920 sugar prices plunged, forcing him into bankruptcy in 1923.

Pepsi existed on the brink of ruin under various owners until Loft Candy bought it in 1931. Its sales improved in 1933 when during the Great Depression it doubled the size of its bottles to 12 ounces (0.35 litres) without raising the price from 5 US cents.

A pivotal moment in the founding of the modern PepsiCo came in 1965 when the CEOs of Pepsi-Cola and Frito-Lay envisaged what they called “a marriage made in heaven”; namely, creating a single company that offered salty snacks and one of the US’s most popular cola drinks.

Nowadays, consumers across the world enjoy PepsiCo products more than one billion times each day. In addition to its North American operations, which account for about 60% of revenue, PepsiCo has four international divisions. Each of these divisions has a distinct history and way of doing business. The dominance and prominence of the products, however, whether on store shelves or when advertised during popular TV shows, is the same the world over.

Magellan believes that successful investing is about finding, and owning for the long term, companies that can generate excess returns for years to come. To learn more click the contact button below or visit their website.

Vihari Ross joined Magellan in 2007. She was most recently Head of Franchises and retains responsibility for research coverage of franchises stocks. Before joining the Franchises team in 2009, Vihari was a Senior Analyst on the Financials team.

Get investment ideas from Vihari Ross when you sign up to Livewire Markets.