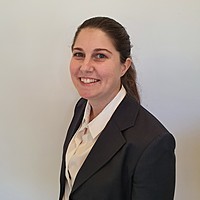 A look at the performance of the pharmaceutical and biotech sector over the month of April, along with companies in the IIR Pharma & Biotech Index that are trading at or near their 52-week highs.

Anteotech Ltd (ASX: ADO) made its way into the top 10 constituents in April after the share price increased 74% for the month. The market cap of ADO has increased from $37.8 million to $815.3 million over the 12 months to April-end. We note that post-month-end, the share price has weakened on the back of a capital raising at a significant discount.

ADO was the best performer of the top 10 followed by Imugene Limited (ASX: IMU), the share price of which was up 58.3% in April.

Stocks trading at or near their 52-week high

This month we’re taking a look at those stocks in the IIR Pharma & Biotech Index that were trading at or within 10% of their 52-week high at 30 April 2021. The 52-week high is often a screening tool used by investors as it reflects those stocks with positive momentum typically driven by positive news flow.

There were 15 stocks at April-end that fell into this category with 3 stocks trading at their 52-week high.

So, can the positive momentum continue? Well, that will depend on a number of factors including the stage in the life cycle of the company and its product development.

Of the above-mentioned companies, 11 companies generate revenue from the sale of products or services. We take a look at 10 of the 11 companies below. We have not included IHL in the below table given revenue generated from the sale of its products is small and we view the growth prospects of the company to be linked to the products currently in the clinical stage.

When you look at the table below, for most companies it is obvious as to why the share price is trending upwards. Continued momentum will depend on the forecasts for revenue and EPS growth moving forward and the ability of companies to deliver on this growth.

As for the companies that are currently non-revenue generating, continued momentum in the share price will likely be linked to the outcomes of clinical trials and the progression of products through to additional stages of trials and ultimately approval for marketing. The capital position of clinical stage companies is important given capital may have to be raised at a discount which can put downward pressure on the share price.

Below we look at stocks in the IIR Pharma & Biotech Index that made notable announcements during the month that were received well by the market. These include: Optiscan Imaging Limited (ASX: OIL), Anteotech Ltd (ASX: ADO), Actinogen Medical Limited (ASX: ACW), Heramed Limited (ASX: HRD) and Imugene Limited (ASX: IMU).

OIL’s share price was up 109.3% in April and was the best performer in the index. During the month, the company raised $910,000 through the exercise of 15.5m unlisted options. There was a positive reaction from the market upon the appointment of Robert Cooke as the Non-Executive Chairman of the company. Mr Cooke has over 40 years of experience in the health industry, spanning executive leadership of both public and private health care companies in Australia and abroad. As part of his appointment, Mr Cooke was issued 2m unlisted options with an exercise price of $0.275 expiring 2 years from the date of his appointment. This was in line with the share price at the time of his appointment.

OIL is a leader in medical technology using laser endomicroscopy. The company is currently undertaking a stage 3 Breast Cancer Surgical Margin Assessment Trial at Royal Melbourne Hospital, Frances Perry House and Epworth Hospital. The company is also completing validation and verification testing which is required to be completed for the 510(k) submission to the FDA for marketing approval of InVivage which is expected in the June quarter.

During the month, the company announced that a CE Mark registration has been received for the EuGeni Rapid Test Platform and the COVID-19 Antigen Rapid Test (ART). The CE Mark allows ADO to formalise marketing and distribution discussions which are expected to enable ADO to capture a share of the growing and evolving ART market in Europe and the UK.

The company also announced funding had been secured to support the sales launch and to accelerate the test pipeline. The company received firm commitments to raise $12m through the issue of 46.2m new fully paid ordinary shares at $0.26 per share. This was a significant discount to the share price at the time of the announcement and has seen the price weaken post the end of the month. A Share Purchase Plan (SPP) is also being offered to allow existing shareholders to participate in the offer at the same price as the placement.

During the month, the company held a teleconference providing a strategic update to shareholders. During March, the company appointed Dr. Stephen Gourlay as CEO who has invested personally in the company. The company is currently well funded with over $15m in cash at March-end and the two Phase II trials expected to commence this year are fully funded.

HMD’s share price increased 64.9% in April. During the month, the company announced a commercial agreement had been signed with Joondalup Health Campus (JHC) for HeraCARE. The agreement comes after the successful clinical trial at JHC which delivered clinical and functional validation of the HeraBEAT device. The initial part of the agreement includes a paid pilot involving 100 expectant mothers, with JHC paying $50 per user per month. On completion of the pilot, both parties intend to enter into a comprehensive collaboration agreement for the full deployment of the HeraCARE platform as a standard JHC service.

The HeraBEAT device forms the backbone of HMD’s comprehensive HeraCARE SaaS IoT platform, a digital maternity care solution. HMD’s proprietary technology has already obtained approvals in Australia and Europe for over the counter use as well as 510(k) clearance from the FDA for home use under prescription in the US.

IMU continued its positive momentum with the share price rising a further 58.3% in April. During the month, the company announced a clinical milestone had been reached for its HER-Vaxx cancer immunotherapy in the Phase II gastric cancer clinical trial with the Progression Free Survival (PFS) endpoint being met. The data will now be analysed with the final PFS readout expected within months.

During the month the company also announced that they had escalated to the highest dose level in the Phase I PD1-Vaxx clinical trial with no dose-limiting toxicities and no severe adverse reactions observed at the mid dose level. The Phase I clinical trial is a proof-of-concept for PD1-Vaxx monotherapy with early efficacy signals indicating that B-cell activating immunotherapies can induce clinically active antibody responses against an important immune regulation receptor target.

........
The views here are not recommendations and should not be considered as investment advice.
save