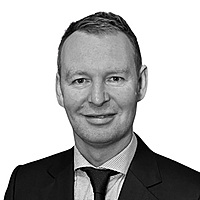 The Grayscale Bitcoin Trust (OTC: GBTC) is a publicly traded investment trust that only holds one asset, bitcoin. It is the oldest and largest listed investment vehicle in the sector, holding US$10.2 billion in assets and generating US$200 million in annual fees.

Having for many years traded at a premium, the trust currently trades at an all-time wide 45% discount to the net asset value (NAV). Essentially, purchasing units in the trust gives you a 45% discount compared to buying bitcoin directly. While it’s not unusual for a listed trust to trade at a discount to net assets, it is very unusual when the investment is so highly liquid.

Still, given the recent bankruptcies in the sector, investors are nervous that the discount may continue to widen, or that the bitcoin assets are not even there at all.

Should you seize the opportunity and hold on for a potential 100% gain? Or is Grayscale the next crypto company to fall and cost investors billions?

GBTC has been around since 2013. Net assets peaked at US$39.8bn in October 2021. At the time, GBTC had always traded at a premium to net asset value as investors preferred the exposure through their traditional brokerage account rather than buying bitcoin through a cryptocurrency exchange.

After the first bitcoin ETFs were approved in Canada later that year, with fees less than half the 2% charged by GBTC, it began to see outflows. Then as sentiment towards bitcoin and digital assets turned from euphoria to misery over 2022, GBTC also saw a reversal of the premium to a very significant discount.

The investment manager of GBTC, Grayscale Investments, is owned by Digital Currency Group (DCG), which also holds a large portfolio of other investments in the space.

DCG was recently valued at US$10 billion. They’ve long been lauded as a leader in the sector, in particular for their success with Grayscale, the crown jewel of the empire.

One of their principal subsidiaries is Genesis Trading, perhaps the number one prime broker in the entire sector. Genesis was embroiled in the Three Arrows Capital situation in June this year and more recently it was revealed they had stranded assets on collapsed exchange FTX. As a result, Genesis suspended withdrawals from their products and have been trying to raise up to US$1 billion in the meantime.

There is a genuine possibility that Genesis Trading now files for bankruptcy. In doing so, speculation will blow back on the parent company DCG and therefore, the other subsidiaries, including Grayscale Investments.

​​Although GBTC's significant discount to NAV emerged in early 2021, the current 45% level suggests distress and even doubts about the underlying collateral.

Further, Grayscale has refused to provide on-chain proof of their bitcoin holdings, due to “security concerns”, despite one of their competitors doing so. Their custodian, the Coinbase Custody Trust Company (CCTC), has written a public letter to reassure their safe custody of the GBTC assets. However, the high profile collapses in crypto this year; 3AC, Luna, Voyager, and FTX, all happened within days of similar reassurances.

Fortunately, a twitter sleuth has accounted for the assets using on-chain forensics, which suggests a very high probability that the stated assets are there.

We looked at the corporate and legal structures behind GBTC, to get an understanding of whether any of the assets in the Trust are at risk in the event of serious trouble at DCG.

The 3 most important third parties here:

Grayscale Investments is appointed as the "Sponsor".

Coinbase Custody Trust Company (CCTC) is appointed as the "Custodian".

The movement and safeguarding of assets in and out of the Trust are done by the above third parties, not unitholders. However, unitholders of GBTC own beneficial fractional interests in the Trust itself. Therefore, the legal ownership of the underlying assets does reside with unitholders, not the other parties above.

The Sponsor (Grayscale Investments) is tasked with marketing GBTC, publishing financial reports, selecting the Custodian, and processing orders to create shares. They don’t hold or transfer any bitcoin other than its fees.

The custodian (CCTC) has the most important role in safeguarding the Trust's Bitcoin assets. It’s worth noting here that CCTC is part of an SEC registered listed company. While they are much maligned in many quarters, they have passed the highest regulatory hurdles of anyone in the sector.

CCTC provides their wallet addresses to receive bitcoin from Grayscale. Then the private keys to those addresses are held in cold storage by CCTC.

Unlike FTX, Grayscale, DCG and Coinbase are domiciled in the US, which should give investors some confidence in the legal rights of the end customers.

CCTC is not allowed to co-mingle the Trust's bitcoin assets with parent company Coinbase’s assets. In addition, CCTC must not keep more than US$100 million of bitcoin in any one wallet.

Critically, Grayscale cannot easily raid Trust assets, nor loan or leverage against them.

CCTC as Custodian is also liable for losses of Trust assets due to theft. CCTC maintains roughly $320 million of insurance coverage as of Dec 2021, much less than the US$10.2 billion of assets in the Trust. However, with every set of private keys held separately, and every wallet holding less than $100m, the insurance coverage is not one of the biggest issues.

While we can rule out the worst-case scenario where GBTC assets do not exist or are not safely custodied, there are other major risks we’d be worried about:

Sentiment towards Grayscale and DCG could worsen, as could sentiment towards bitcoin and the wider crypto sector. Further, DCG itself owns 4% of GBTC units at the parent company, which could be sold into the open market causing the discount to widen.

Replacement of Coinbase as the custodian could cast further doubts on the Trust, and would be a major red flag. In general, people have more confidence in US-based custodians than those offshore.

Perhaps the most overlooked risk is the one hiding in plain sight. The Trust could carry on for a few years, with poor sentiment leaving it trading at a discount. Unitholders would be stuck paying the 2% management fee on the value of the bitcoin, slowly ‘bleeding out’ over time.

The Sponsor could be replaced through a sale of (the very profitable) Grayscale by DCG, if necessary. DCG would only do this if it needed to assume some rather large liabilities from Genesis. They would be giving up a $200m annuity and it's highly unlikely they would do so without trying everything they can to maintain that. Otherwise, the Sponsor could be changed in case of DCG bankruptcy.

The stated intention of Grayscale is to convert the trust to an ETF, which would immediately close the NAV gap. The chances of that happening seem slight, having had over a decade of Bitcoin ETF rejections in the US. However, Grayscale has upped the ante significantly and is suing the SEC after their most recent rejection. The timeline for that action is set out below and the case will likely be heard in 2023.

Perhaps the risks seem overblown on this one? The real risks are actually to the asset prices in the fund and if you are willing to take those risks right now when almost nobody else is, you might as well do so with a 45% discount.