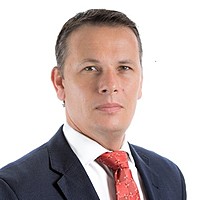 This week, on Tuesday 3 May, the Reserve Bank of Australia increased the official cash rate by 25 basis points, to 0.35 per cent, and signalled that there were more increases to come. The decision comes as the election campaign hits full swing, and follows last week’s CPI data from the ABS that showed annual inflation in Australia had reached its highest level since 2001; the Consumer Price Index rose 2.1 % over the third quarter and was up 5.1 per cent over the past year.

The RBA’s move confirms that the Australian economy no longer requires emergency monetary policy settings. While this has been evident for some time, until now, the RBA had appeared reluctant to acknowledge this.

Anecdotally, people were asking if this economy really needed a 0.1 per cent cash rate, and the increase shows the RBA’s move to control inflation, which is damaging for the confidence of market participants and households.

A very different investment environment to the past decade, and more macro-economic and asset price volatility

Australia had core inflation at current levels briefly in 2008 but before that it was 1991; meaning the RBA has had very little experience in fighting inflation at current levels over the past 20 - 30 years. It follows then that we can expect a very different reaction function from the central bank in coming months compared to what we have been experiencing. The RBA no longer has the luxury of dramatic easing of monetary policy at the first sign of weakness in assets such as equity and property.

This means there is a meaningful probability that we face a very different investing regime to the one we have enjoyed for at least the last decade and one could argue even the last 30 years.

This regime will likely be characterised by more macro-economic and asset price volatility and steeper/more prolonged drawdowns in asset prices. It will be a regime where beneficiaries of ever lower interest rates will suffer. Think leveraged residential real estate and profitless tech companies. Tactically capturing oscillating moves in currencies, commodities and equities to contribute positive absolute returns will be invaluable in constructing multi-asset portfolios.

In a sharply rising interest rate environment, the risk of a sharp slowdown in economic growth is elevated as is the risk of a sell-off in risk assets where valuations have been major beneficiaries of lower interest rates - including equities, property and bonds. For investors, this means it’s important to approach coming quarters with an open mind and be careful not to blindly apply investment frameworks that have worked well over the prior decade.

This environment of higher inflation and higher cost of capital will favour quality assets and companies in strong competitive positions that are able to defend margins, pass on cost increases, and withstand financial stress.

Why stocks could bottom in September

Tony Edwards is the Chief Investment Officer and an Executive Director of Atrium Investment Management. Tony joined Atrium in 2012 and has over 20 years’ experience in financial markets. Prior to joining Atrium, Tony spent over six years at...

Get investment ideas from Tony Edwards when you sign up to Livewire Markets.